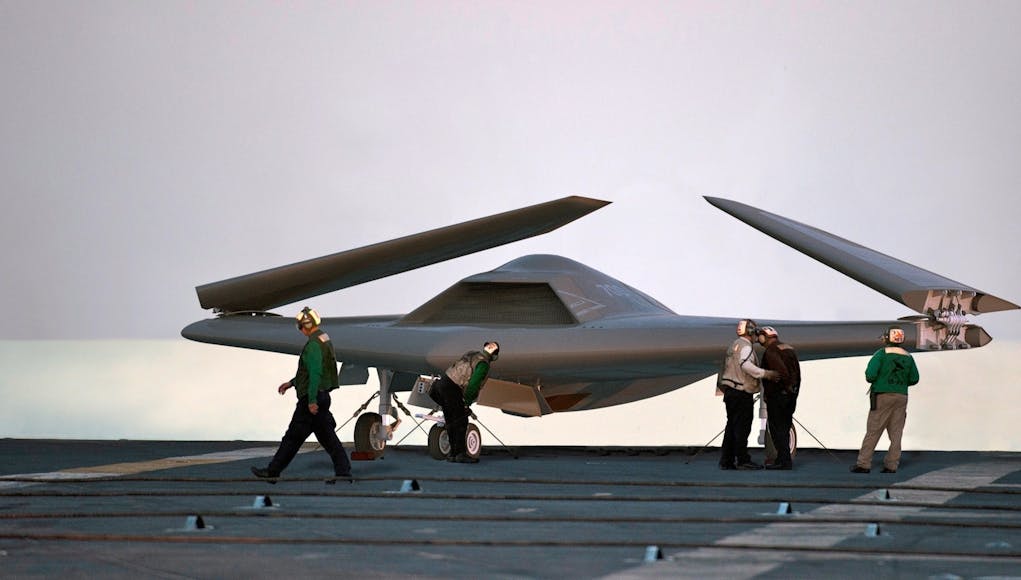 The MQ-25 Stingray is a planned unmanned combat aerial system that resulted from the ‘Unmanned Carrier Launched Airborne Surveillance and Strike’ programme.

In February 2016, after many delays over whether the UCLASS would specialise in strike or Intelligence, surveillance and reconnaissance roles, it was reported that a significant portion of the UCLASS effort would be directed to produce a Super Hornet sized carrier based aerial tanker, with “a little ISR” and some capabilities to relay communications.

We understand that the Pentagon chose this in order to address the Navy’s expected fighter shortfall by directing funds to buy additional Super Hornets and accelerate purchases and development of the F-35C, quickly getting F-35C’s into production and promoting the concept that they can strike at things.

The use of Stringray as a tanker also addresses the carriers’ need for an organic refueling aircraft, proposed as a mission for the craft since 2014, freeing up the 20-30 percent of Super Hornets performing the mission in a more capable and cost effective manner than modifying the F-35, V-22 Osprey, and E-2D Hawkeye, or bringing the retired S-3 Viking back into service.

Although initially designated the RAQ-25, the designation was changed to MQ-25 Stingray. Stealth requirements will reportedly be “descoped” and it will still be capable of firing missiles or dropping bombs from drop tank pylons, but surveillance and destroying targets will not be its main mission.

Reducing the low-observable requirement is expected to make things easier for existing competitors and open the competition to new entrants.