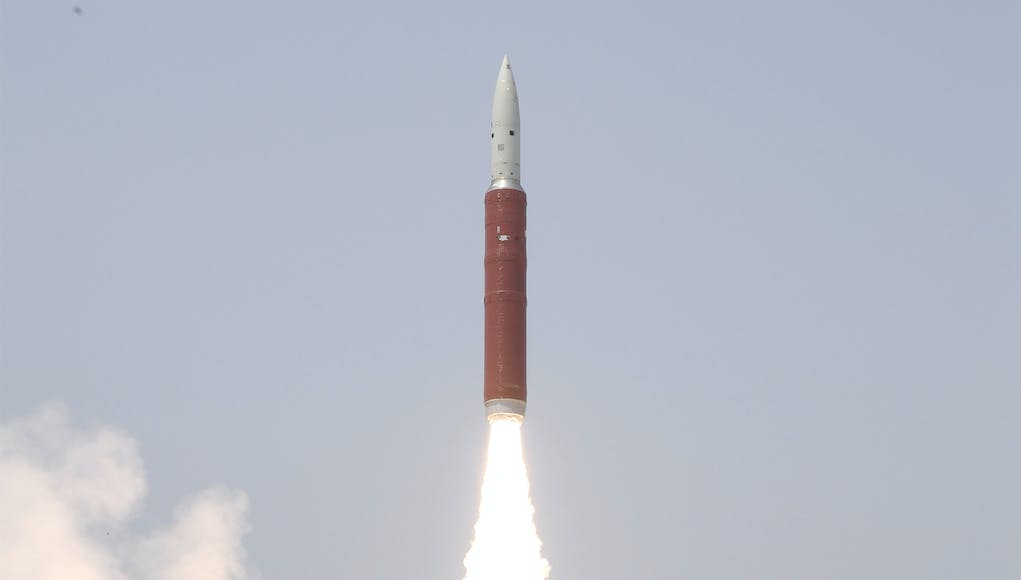 NASA Administrator Jim Bridenstine said that some of the larger debris from the Indian ground-launched missile and the Microsat-R satellite had been thrown into orbits that could pose a danger to the International Space Station (ISS).

Indian Prime Minister Narendra Modi announced last month that the country had achieved a “historic feat” by shooting down its own low-orbit satellite with a ground-to-space missile.

“That is a terrible, terrible thing, to create an event that sends debris in an apogee that goes above the International Space Station,” Bridenstine declared.

“And that kind of activity is not compatible with the future of human spaceflight that we need to see happen. We are charged with commercializing low Earth orbit. We are charged with enabling more activities in space than we’ve ever seen before, for the purpose of benefiting the human condition… all of those are placed at risk when these kinds of events happen.

And if one country does this, then other countries feel they have to do it, too. It’s unacceptable, and NASA needs to be very clear about what its impact to us is.”

The risk of collision with the ISS was increased by 44 per cent over a period of 10 days, Bridenstine warned staff after identifying 400 different pieces of orbital debris from the event.

Of course, NASA can talk, having sent a satellite full of Plutonium into space over 2 decades ago….endangering the planet below if it went wrong.

You’ll find that the rover on Mars that has fundamentaly changed our knowledge of the red planet and has given us staggering detail and facts is nuclear powered.
NASA are simply saying ‘dont be so stupid next time, and think about what the consequences are…you are new to all this, calm it down’
There ‘test’ has given a direct threat to our worlds scientific platform. If any of this hit it it could of been a disaster

I’m keeping my head down !

Naan that i can think of 🙂

They might be now, maybe not in 94 when Cassini was launched.

Did the Indians not know that the ISS was in a similar orbit? Or just don’t care?

Their roads are littered with crashed and wrecked cars according to Clarkson..moved on to Space debris now…

Again why you brits are so ignorant about India?
Nothing happens here what you think happen here.
ISS fly at 400km, satellite was destroyed at 300km.
This forum is just biased and have condesending view about India and whatever it does, even if it means to propagates false things just to make sure India looks bad.
India build nuclear weapons. India bad, India make ICBM India bad, India makes ASAT India bad.
So really we don’t care anymore any longer

The only reason the Americans are upset is that the Indians did something they haven’t been able to do yet; shoot down a satellite with a ground based missile. Now they have to play “catch up” with the Indians too.

Of course, what they don’t say is that the Indians were actually testing to see if they could shoot down the planned Chinese Space Station… (just joking…)

China is also already in the shooting-down-satellites club. It shot down an old satellite in 2007 and also got a lot of complaints at the time about creating unnecessary space debris (https://en.wikipedia.org/wiki/2007_Chinese_anti-satellite_missile_test).

These are the systems that are known.

No doubt there are black world systems available for space warfare which developed after the officially cancelled SDI.

If some country really wants to impress then the satellite to shoot down would be the Moon, or at least knock it out of orbit so that Gerry & Sylvia Anderson could say “I told you so” and Martin Landau could come to the rescue – or they could if they weren’t all dead. Barbara Bain is still alive though according to Wikipedia.

The U.S. is upset with India because India violated an international treaty, to which India is a signatory, regarding the safety of orbits and affecting other nations spacecraft.

India does not care about the state of it,s own country so why should they care about making a mess of space

Hahaha what a ridiculous sweeping statement. So arrogant. Name me a wealthy nation and then try and argue that they ‘care about their own people’. Every government screws over their people in one way or another.
It’s ignorant comments like yours that further the worst kind of politics.

What lol? Don’t think your close to 100m aids would be enough to develop an ASAT missile. not that you give it to DRDO or ISRO anyway. Looks like everything we do has your money invested in it. So either we’re very efficient in making ICBMs/space rocket/ASAT/other things with only your peanuts aid or that you’re just a very dumb person. I think it’s the latter.

Hahaha what a ridiculous sweeping statement. So arrogant. Name me a wealthy nation and then try and argue that they ‘care about their own people’. Every government screws over their people in some way or another.
It’s ignorant comments like yours that just further the worst kind of politics.