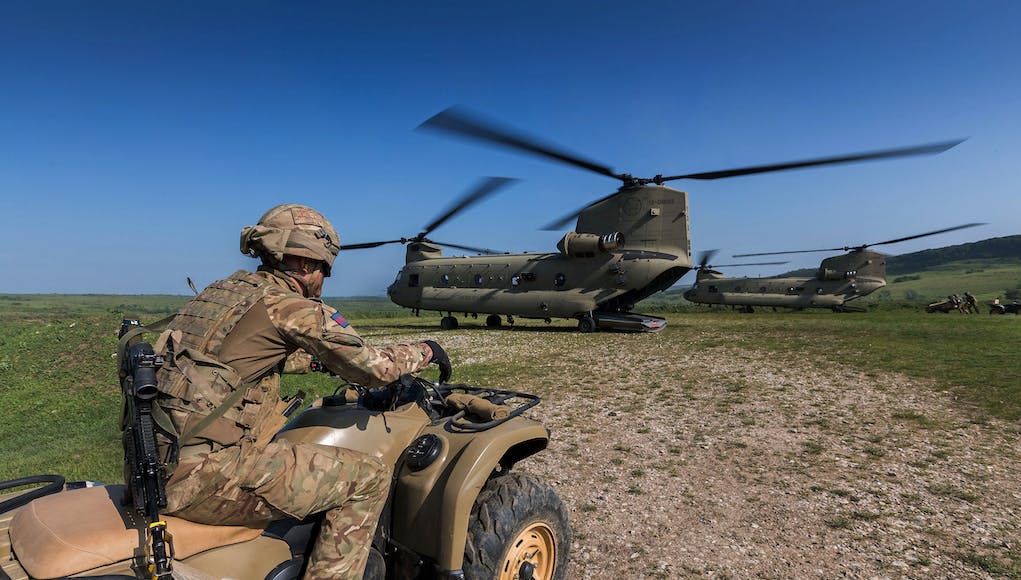 British personnel will soon to Germany to team up with 16 NATO allies for Exercise Joint Venture 19 (JV19), a test of their ability to respond to crisis scenarios, say the MoD.

The US-led exercise will use a challenging fictitious scenario to mimic a crisis that requires military planning to respond. It will test the ability of the UK’s Standing Joint Force Headquarters (SJFHQ) – a rapidly deployable command and control component commanded by Major General Rupert Jones – to integrate with allies in US European Command. Exercise Joint Venture is joined with the US European Command’s main  exercise.

A total of 4,500 personnel are expected to take part in the week-long exercise from 13th – 22nd March which will be held across multiple sites. Countries participating or observing are Belgium, Canada, Denmark, Estonia, France, Germany, Italy, Latvia, Lithuania, Netherlands, Norway, Poland, Romania, Spain, Turkey and the UK.