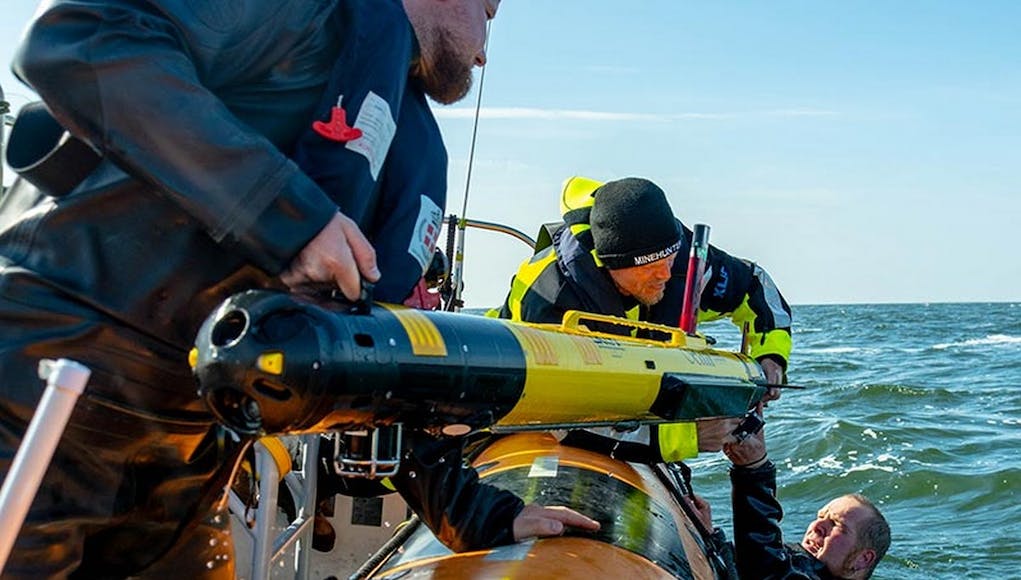 As clean-up crews worked to find and remove multiple containers lost off a cargo ship in early January off the coast of the Netherlands, searchers found mines and other possible ordnance from World War II in the clean-up area.

Due to the size of the area to be covered, the Royal Netherlands Navy requested support from Standing NATO Mine Countermeasures Group One (SNMCMG1) for Operation Beneficial Cooperation to clear the area of mines so clean-up operations could continue.

As a NATO standing response force consisting of minehunters from different nations, SNMCMG1 is continuously ready at short notice to bring the capabilities, skills and expertise to clear underwater explosives and make the area safe.

This operation consisted of identifying and possibly safely destroying 26 objects. The mines were found using sonar and identified by underwater robots and divers. SNMCMG1 consists of many different ships with different capabilities and the overall success of the operation was achieved by combining all of the available assets. Pipelines, cables and protected areas required many of the mines to be moved prior to being neutralized, which was both a difficult and delicate task.

During the 5 days of this operation, 14 mines were found and countermined, allowing clean-up efforts to continue as well as making Dutch waters safer for the local fishermen and sailors. The Group was successful in removing the mines demonstrating the readiness, cooperation and professionalism within the standing forces of NATO.

Ever pulled up a mine in your fishing gear Cam? – so exciting it makes your arse twitch like a rabbits nose when you see it coming up in the trawl gear….

amazing there are still some floating around in such busy waterways after 74 yrs+….keeps the specialists in with good practice anyway

Our SDU 1 and 2 and the Northern Diving Group seem to get lots of practice, the SDUs especially.