In the early morning of November 18th, 2021 while at sea off the coast of Norway, a fire occurred onboard the flagship of Standing NATO Maritime Group 1, Canadian warship HMCS Fredericton.

According to a statement from NATO:

“Upon discovery of the fire, the crew immediately took action and extinguished the fire.  There were no injuries and the ship is now proceeding towards a Norwegian port to conduct repairs.  The ship was assisted by several other NATO warships that were serving in Standing Naval Maritime Group 1, as well as the Norwegian Coast Guard. SNMG1 is continuing on mission to take part in the Norwegian Flotex Silver 21 Exercise.”

A fire broke out previously in the forward engine room of the frigate in May 2009. The fire was suppressed within a few minutes and the ship made a brief stop at the home base of Halifax before being given the all-clear to return to sea.

Fredericton departed Halifax on the 24th of July 2021 for a six-month deployment with NATO in European waters. 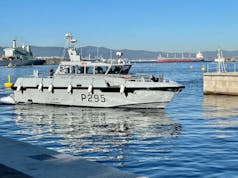 Glad all onboard are fine. Always have a soft spot in my heart for Canada. Beautiful country – nice people.

Glad to see that there were no injuries.

These frigates are of the same generation as our T23’s and still giving stirling service. I gather this is one of the classes that the Canadian version of the T26 is to replace, so looks like they are going to have to soldier on a while yet.

Yes, our T26 version, the CSC, will be the Halifax replacement (12 ships) as well as a replacement for the 3 Iroquois class destroyers for a planned total of 15.

I have my fingers cross that the project goes to plan. The RCN deserves a good outcome from the project.

Glad all on board are safe. The Canadians I met in Latvia were rocks. Great people.

Unfortunately this hasn’t even touched any of the major news outlets in Canada. As a Canadian this is a sad reflection of how much the Canadian public cares about defence matters.

Glad everyone aboard is in good shape.

As a Canadian, your comment is spot on. As much as junior pi$$es me off, it is our apathetic brain-dead electorate that is at the root of our defence problems. These are the same fools that do not realize that CH-147s aren’t just for ferrying troops to a battle. Damn useful in the Fraser Valley at the moment.

Not the most solid 24hrs in NATO..

The fire probably isn’t too bad by comparison to the crash, though. From a cost perspective, anyway. Seems like it’s something that could be repaired without too much expense pretty quickly.

Is there still such a thing as an unlucky ship?

The Canadian helicopter procurement is a prime example of how not to do it. Really hope they there type 26 all come through good. Will get the Canadian navy back to the top tier

The cancellation of the EH101 order was a disgrace. Just as bad was the decision to buy a paper design, the CH-148. The really dumb part was Canada bought 15 EH101 for SAR several years after the cancellation. The smart decision would have been to re-order 28 EH101s in 2006 but this would have been a massive embarrassment for PM Chrétien, the moron that paid a $500 million penalty for canceling the 1991 order. 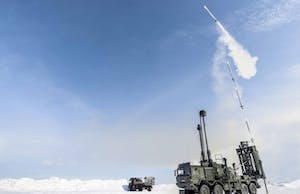