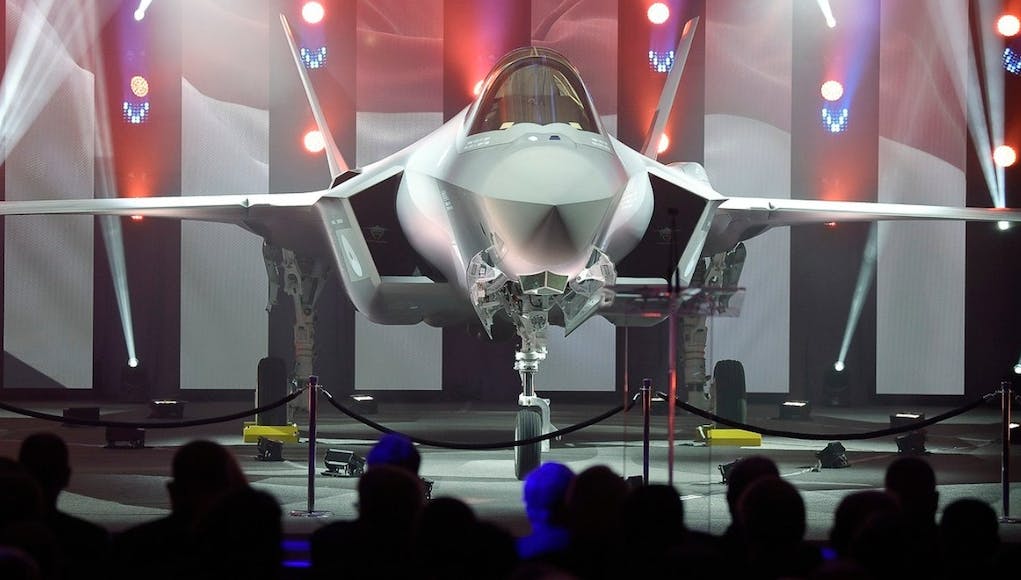 Dutch and American officials celebrated the roll out of the first operational F-35A Lightning for the Royal Netherlands Air Force at Lockheed Martin in Fort Worth, Texas.

“Receiving this F-35 at Leeuwarden Air Base later this year is going to be a huge driver for change for our Air Force and will have tremendous impact on the relevance of our Air Force as part of the coalition,” said Lt. Gen. Dennis Luyt, Commander, RNLAF.

“We want to be among the best air forces of the world, and the platform of F-35 allows us to do that.”

“From the very beginning of the F-35 program, the Netherlands has been a key partner in developing, testing, improving, and maintaining this remarkable aircraft,” said Hewson.

“Dutch suppliers have provided high-volume production, structural-design support, and advanced technologies, and Dutch aircraft and personnel continue to support ongoing testing and operations for the worldwide F-35 fleet. As we look to the future, the Netherlands will serve as a sustainment hub in the European region for maintenance, repair, overhaul, and upgrade projects.”

Following the ceremony, the aircraft is scheduled to ferry to Luke Air Force Base, Arizona, where F-35A pilot training takes place. The aircraft is the first operational F-35 and the third Netherlands jet delivered to date.

The first two Dutch F-35s were delivered in 2013 and are at Edwards AFB, California, supporting operational testing. The RNLAF plans to acquire 37 F-35As.

Yes a strange choice – seeing as the UK,Belgium,Italy,The Netherlands and Norway have commited to the F35 ,I wonder if they know something the others don’t.As a plus if they order more Typhoons instead it can only be a bonus for us,if it keeps the Production lines open just a bit longer than perhaps another batch for the RAF might be possible.

There is also the prospect of future military ventures between Germany and France. Germany does not want to jeopardize their role in the next gen European fighter and the next gen MBT with France. The Germans feel that the purchase of the F-35 might cause a rift in these Franco-German military projects.