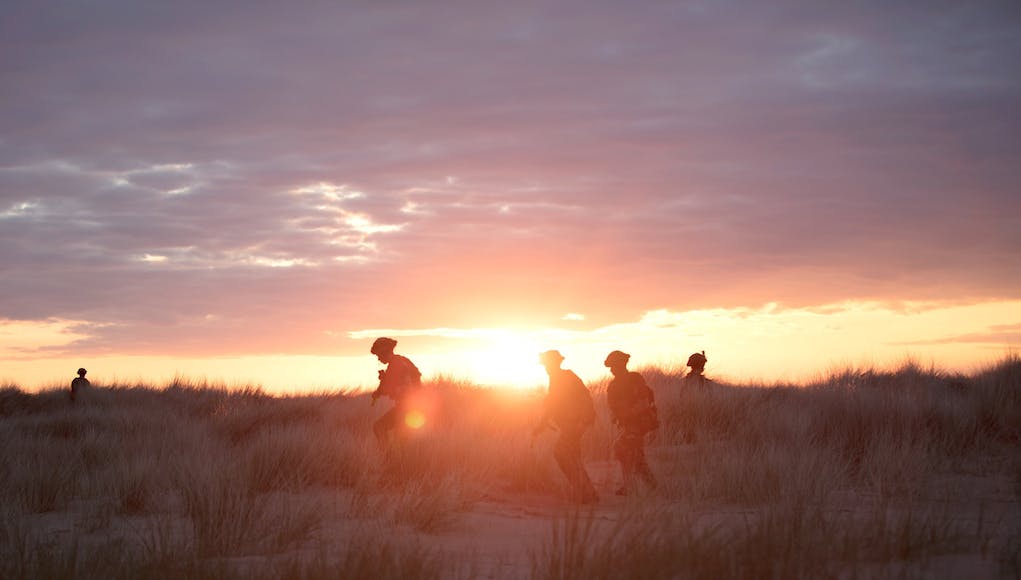 New figures released by the Ministry of Defence show a 13% increase in sexual offences across the armed forces. 95 charges were referred to the service prosecutor in 2018.

153 investigations were conducted in 2018, a 35% rise since 2016. 18 of these were for historical offences, suggesting a rise in the number of people feeling able to come forward and report their assailants.

New figures show a 35% increase in @DefenceHQ sexual offence investigations since 2016, with 60% of those from the @BritishArmy.

150 of the personnel being investigated in 2018 were male, compared to just 2 female.@UKDefJournal article coming soon (awaiting an MoD comment). pic.twitter.com/Nh3nMy2IaQ

“Sexual Harassment is unacceptable, and will not be tolerated”

The most common form of investigation was for sexual assault with no penetration” (71 cases), followed by rape (30 cases).

Deputy Chief of the General Staff, Lieutenant General Nick Pope has previously said:”We are absolutely committed to tackling this issue and our new action plan, developed with experts from the public and private sector, includes a range of initiatives to stamp out inappropriate behaviour.

“These include stepping up our education and awareness programmes, reviewing our internal disciplinary procedures and raising awareness amongst personnel of where support is available.

“Anyone failing to meet the clear standards of behaviour I or the Army expects will be dealt with robustly and may face dismissal.”

In October 2018 the military police were accused of being “unfit to run sex assault cases” by an Army corporal who claimed she was assaulted by another soldier.

The article, published by The Times, said the person who took her statement was not trained to handle sexual assault cases and the interview was not filmed, a standard procedure used by civilian police forces.

Liberty, a human rights advocacy group, have threatened to “take…[the Ministry of Defence] to court to force its hand” over the case.

She has already forced @DefenceHQ to scrap a Commanding Officer's discretion to investigate sexual assault themselves. They must now refer to the service police. But for the necessary independence and expertise, it is the civilian police who must investigate these crimes

I’ve been sat here for ages just trying to actually Type something PC. but It’s Hard to ignore the Voices in my Head (Just thought i’d chuck that in for use as ammo, later) all shouting the Bloody Obvious answer to the Above report.

it’s hard to tell in the Dark. (Allegedly).

Hopefully those voices in your heads are the ones reminding you that the positive side of this story is that sexual assault is no longer seen as in any way acceptable and that its ok for victims to speak up regardless of gender or the authority of their attacker.

It is entirely possible that people will read these comments who are themselves victims of assaults. Please everyone, think what your messages might say to a victim before posting them on a public forum.

Well, isn’t that nice and cosy! At times, there is something rather unpleasant about the contributions to this website. As a complete aside to this, if you continue to hear voices I recommend you consult you doctor….there is already evidence for extreme paranoia!

Oh do try to play nicely , it’s only Banter.

It is not the cases themselves that intrigue but underlying causes, with that 13% increase.

Could PTSD have any bearing on these figures? Our forces have seen more combat than most over the last decade.

153 investigations out of a force of 150,000 ish is extremely small thankfully, hardly an undisciplined rabble.

PTSD is unlikely to be a significant causal factor, though it might be implicated in some cases, especially given its connection with misuse of alcohol.

It is though entirely possible that people who might meet criteria for a dx of PTSD will commit acts of sexual violence, but it needn’t mean that PTSD causes them to be violent. There is perhaps a greater risk that associating PTSD with sexual violence will cause those with PTSD to be feared and discriminated against instead of helped and supported

Yes the alcohol side was what I had in mind. Stress, leading to drink, leading to wandering hands.

Then we should be careful to associate alcohol with assault rather than PTSD. Now that is a well known factor in wider society and one that remains an issue in the military.

Those are only the reported cases. How many feel that they cannot come forward…it might be considerably more than 153?

Ah. That is true.
The RN and RAF side seems at least consistent.

Very different cultures in the services. The RN are pretty forward thinking and inclusive. Can’t say about the Army, but I’ve experienced some pretty poor attitudes from RAF officers in my time!

Oh no, not that RAF-RN clash again!

Bugger me Backwards (oops,) Hero, You just seem to be surrounded by People with Attitude towards you.

Sadly it is likely that there are far more unreported than reported cases still. Estimating numbers is notoriously difficult which is perhaps partly why this report makes no attempt to do so. There can be a considerable amount of shame and guilt associated with being the victim of any form of violent assault, especially sexual violence. Add that onto the widely held belief that you might not be believed and that its hard to prove such assaults occurred and reporting rates can be very low. I would not be surprised if reporting rates were much lower for male victims than… Read more »

No mans land publication was undertaken by 4300 victims who came forward.

Good point.
Here is the Met Police definition, hopefully they used something like this:

‘The overall definition of sexual or indecent assault is an act of physical, psychological and emotional violation in the form of a sexual act, inflicted on someone without their consent. It can involve forcing or manipulating someone to witness or participate in any sexual acts’

The wolf whistle example probably wouldnt meet the second part of the test regarding forced witness or participation. But I’m not a lawyer or a police officer so can’t say for sure

It means causing someone extreme emotional distress. As a Doctor of Psychology, I have sat with very many victims of sexual assault. If you ever see someone experiencing it or reliving it, or have the misfortune to have it happen to you then I think unfortunately it will be quite clear what that means.

Must be careful though not to dismiss serious stuff like this though.

Putting my Serious head on, ( and Hard Hat ) The above report doesn’t go In To specifics nor does it clarify Who has assaulted Who or what Gender the Victims and Offenders are.
There are Lot’s of Examples of Crimes In Society with common denominators, That tend to be Ignored and those who dare to discuss them Publicly are Vilified.

Your views really are abhorrent, and your sycophantic acolytes are just as bad. I think that you have really shown yourselves for what you are today. Oh, and Happy Brexit Day to you all!

Those Acolytes have always given me Gyp !

(He still thinks we and DM ((Danger Mouse?)) are one and the same, anyone would think he was Paranoid! )

I guess I was included in that statement?

An Acolyte of Pugwash.

Took you that long to look up the word!

Errr, no I was doing the gardening actually. Assuming that was meant for me, apologies if it was not.

Congratulations for finding the courage to say it today. Look after yourself, it can be a big thing to say it for the first time and can bring stuff back for a while. That needn’t be a bad thing if it lets you deal with it but perhaps just be mindful that it might happen.

It has never affected your SOH RGR that’s for sure mate.

Herodotus I believe you can get a cream for mewing smugness these days. Happy to help.

My God….it’s like being a fly on the wall of the ‘Brown House’….they are all coming out of the woodwork now!

You Sir, are an Idiot.

A sexual crime is defined by the Sexual Offences Act of 2013. Anything considered ‘marginal’ as to fitting within the law would be decided by the Prosecutor based on whether or not there was a prospect of conviction under the Act.

‘Wolf whistles’ or any other derogatory behaviour would be examined to see if it constituted ‘hate crime’ under the new opinion based definitions of ‘crime’.

we are talking serious offences here guys, involving the destruction of the lives and careers for both victims and accused.

What would interests me is:

1) is there a different rate of reporting, prosecutions etc in the armed forces than in the general population.
1) can you expect military police to be able to maintain the skills needed for complex niche investigations considering the small population they serve ( look at the size of pupulation served by most police forces )

Not sure if the regular military police regiments have the niche skills but the Special Investigation Branch of the Army, and the Specialist Crime Bureau, should.

Not certain and serving military would be able to comment better than I ever could.

On operations I would guess so.

At home in the UK maybe depends on jurisdiction, whether it is committed on MoD property.

Large Army garrisons like Tidworth and Catterick have MDP Uniformed Beat Officers, RMP and I guess civil police as well.

PC is one if the biggest problems this nation, and western culture in general, have.

Nah. Sweets do nothing for me.

In 1981 as a serving female soldier I suffered a military sexual trauma. I was denied medical help, told to shut up, go away or be charged with a s69 bringing the army into disrepute. I have physical injuries and ptsd. I received no justice, no support. This is the disgrace and shame of the military.