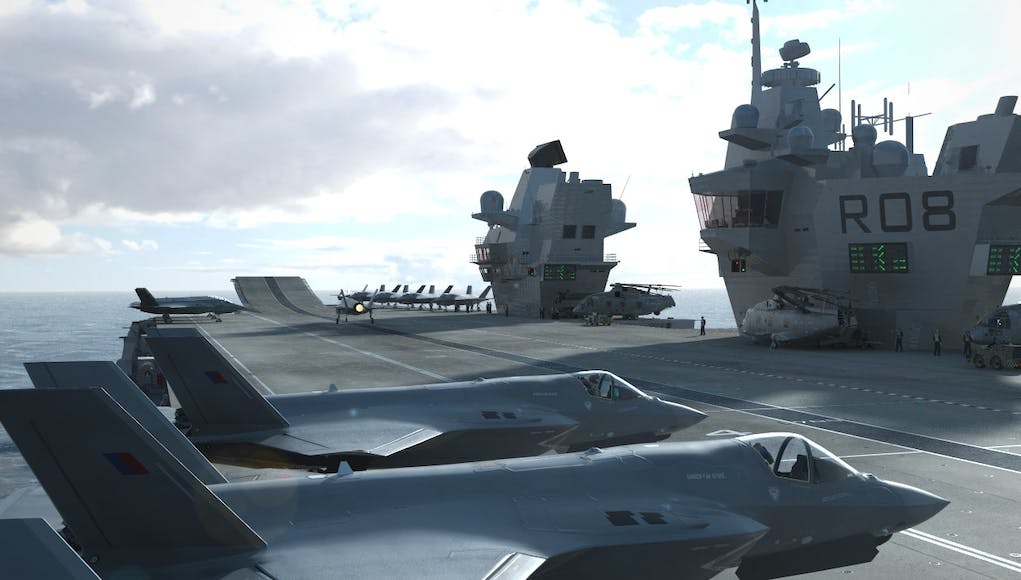 Cdre Kyd, who is now in command of HMS Queen Elizabeth, developed the UK CSG from a small start to the now 22 strong (and growing) core 1* Battle Staff”.

“It has been a great privilege to serve as the Commander of the UK Carrier Strike Group.

Starting with just a desk and my thoughts some 18 months ago, I have seen the organisation grow, mature and gain strides in ensuring that the best foundations have been laid for the future of this exciting new capability and era for the Royal Navy.

I am very proud to have been appointed as the first Commander of this wonderful organisation and wish Commodore Andy the best in taking on this envious mantle.”

“COMUKCSG as part of the wider 2* Commander UK Maritime Force Staff, is set to be front and centre of Royal Navy and UK operations for the next 50 years.

Utilising the new capabilities of the Lightning II (F-35B) fast-jet, this 1* Battle Staff will Command a UK Joint and likely Combined Maritime Task Group, on global operations in the future.

Of the UK elements, this is set to include the not only the F-35B, but also the full spectrum of maritime rotary wing helicopters, including Merlin Mk2, Wildcat and Crowsnest.”

“It is an exciting challenge and one that I am greatly looking forward to.

Having had experience of command at every level, including CO of the helicopter carrier HMS Ocean, I know this will be both a challenging and rewarding task.

Cdre Jerry has done a sterling job in what was a mammoth task to create the UK CSG from a blank piece of paper.

I now aim to ensure that these foundations are built upon and that my staff are ready to conduct operations at the same time as the White Ensign is hoisted on HMS Queen Elizabeth in 2017.”

The inaugural operational deployment is scheduled for 2021.