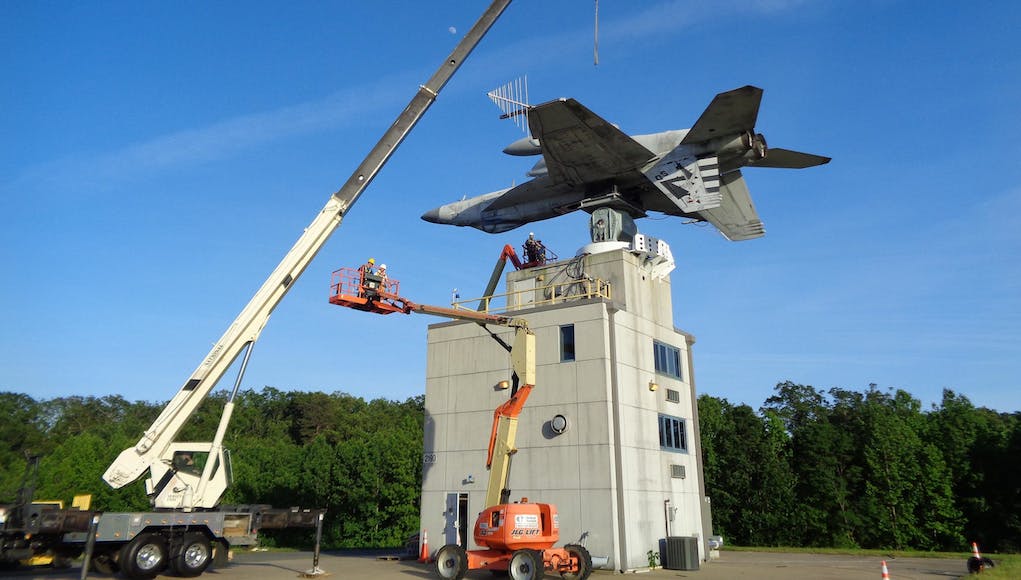 Airborne Electronic Attack Systems Program Office (PMA-234) NGJ-LB team was ready to begin its final Demonstration of Existing Technologies testing when COVID-19 restrictions were put into place. According to a news release:

“After a quick reassessment, the team held teleconference meetings with Naval Test Wing Atlantic Chief Flight Surgeon, government, and contractor participants to gain consensus on quarantine and test execution requirements. They made the required Center for Disease Control and NAVAIR readjustments and were still able to complete testing with two contractors’ prototype pods at both Air Combat Environmental Test and Evaluation Facility (ACETEF) and the Facility for Antenna and RCS Measurement (FARM) in less than two months.”

“Our start was delayed two and a half weeks to comply with a request from one of the contractors to delay testing in order to self-quarantine their personnel,” said Dan Doster, NGJ-LB Assistant Program Manager for Test and Evaluation.

“This started a cascading effect that resulted in our test execution days being reduced from 15 to 10 days for the ACETEF test events for each contractor, but the team still managed to stay on schedule.”

NGJ-LB is part of a larger NGJ weapon system that will augment, and ultimately replace the legacy ALQ-99 Tactical Jamming System currently used for Airborne Electronic Attack on the EA-18G Growler aircraft.

Agreed, but can the jamming pods be fitted onto a F35B? If yes then we the UK need 12 of these three flights of four one flight for each carrier and one for training. Basically giving a F35B Growler, the F35B light is a bit lighter than a F18Growler, must take off 6,000lbs lighter than a Growler without the ski jump and can land about the same as a Growler without the rolling landing used by the RN. With the ski jump and rolling landing method I would imagine a 10-15% increase in weight capability which gives an overall weight… Read more »

Are we sure that’s Maryland and not Australia?

Patuxent River NAS, is in the USA.

I think he was referring to the upside down plane 🙂