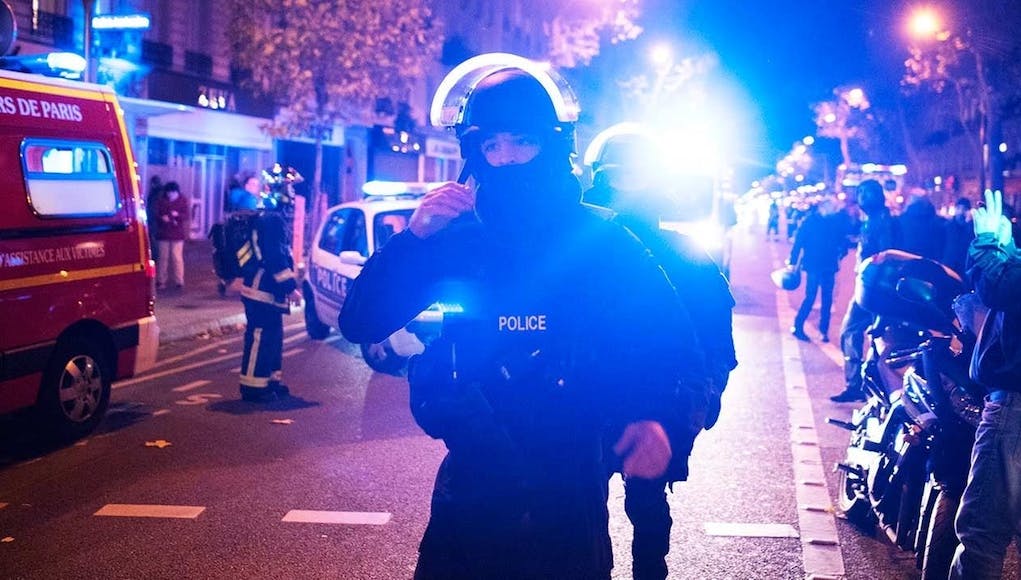 France has declared a national state of emergency after at least 120 people were killed in gun and bomb attacks in Paris.

From the evening of the 13th of November until the early hours of the 14th of November, three separate explosions and six shootings were reported as having occurred within Paris, including a bombing near the Stade de France. The deadliest attack was at the Bataclan theatre where attackers took hostages and engaged in a standoff with police.

At least 120 people are reported to have died, with 87 of those deaths occurring at the Bataclan theatre. More than 200 people were injured during the attacks, including 80 people who were listed as being in serious condition. Eight of the attackers had been killed while others remained at large. As a result of the attacks, French President François Hollande announced a state of emergency and, subsequently, temporary controls on the borders of France in a televised statement. It is the first nation-wide state of emergency since the end of the Second World War.

Police believe all of the gunmen were dead but it was unclear if any accomplices were still on the run after the string of near-simultaneous attacks.

In response to the attacks, France was put under a nation-wide state of emergency for the first time since the end of the Second World War, borders were temporarily closed and 1,500 soldiers were called in to help the police maintain order in Paris.

Flights to and from Charles de Gaulle Airport and Orly Airport were mostly unaffected. American Airlines delayed flights to Paris until further notice. Many Paris Métro stations in the 10th and 11th arrondissements were shut down because of the attacks. Uber also suspended car hails in Paris after the attacks. All public schools and universities in Paris are set to remain closed today.

Paris Public Prosecutor Francois Molins confirmed that eight attackers had been killed, seven of which had killed themselves with explosive belts, while the eighth was shot and killed by police.

Sweden’s Foreign Ministry reported that at least one Swedish national was killed and another injured.

Paris residents have been asked to stay indoors and about 1,500 military personnel are being deployed across the city.

Sickening RIP it really was a Friday the 13th nightmare

always the innocent that get hurt…rip to those who were lost..

Time we went all out to get these scum bastards

My heart goes out to the families and friends of those so tragically killed and injured and to the people of France. My brain says that ISIL and their “friends” started this. Let.s make sure we finish it. I make no political point when I say that Messrs.Cameron, Fallon and Hammond are right. We must take the war to the terrorist and use the real firepower under our control.

Any act of terror is senseless and should never occur but this one is also stupid. The ‘logic’ behind a terrorist attack is that you are unable to take on the country / target using traditional military and so use what tools you have. Normally its targeted at stopping something. This will do the reverse, France and the western world has been pretty ineffective at attacking ISIS, and have been doing the bear min to look like they are doing something without accepting risk of boots on the ground. Terrorist attacks like this will mean that this current stance will… Read more »

[…] attack comes less than a year after an IS attack killed 130 people in attacks across Paris, centring on a concert at the Bataclan theatre. Earlier […]