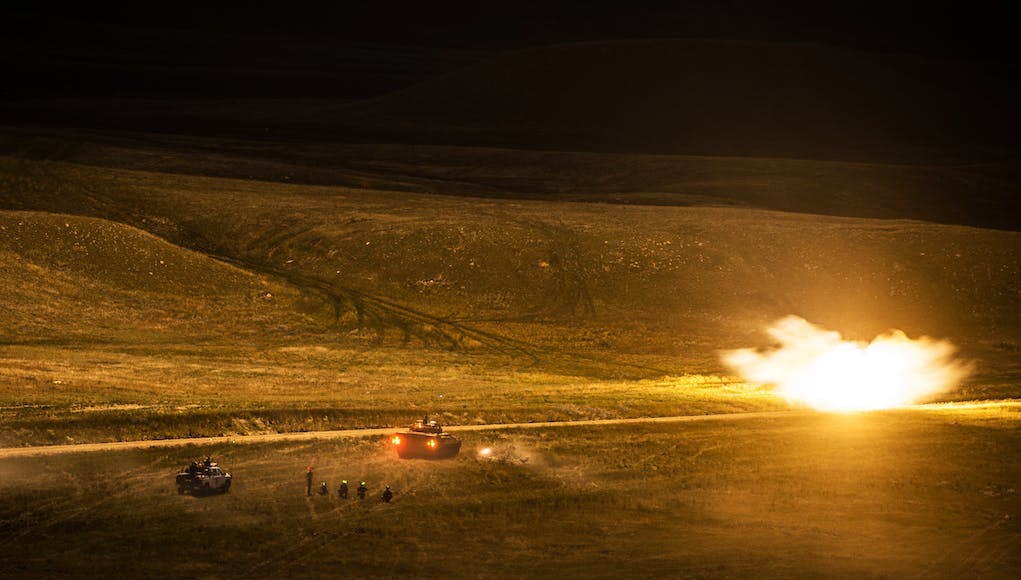 The Queen’s Royal Hussars Battlegroup integrated combined arms live firing attacks bring together all elements of the the Battlegroup during Exercise Prairie Lightning.

The exercise took place over three days and is the final test for the Battlegroup during the live firing phase of Exercise Prairie Storm 3, 2016 and covered the entire length of the British Army’s largest training area in the world in, and is equivalent in size to the combined area all of the main training areas used by British Army in the UK and in Europe.

Comical error of Dessert Hawk instead of Desert hawk, but that aside those are some fantastic shots!