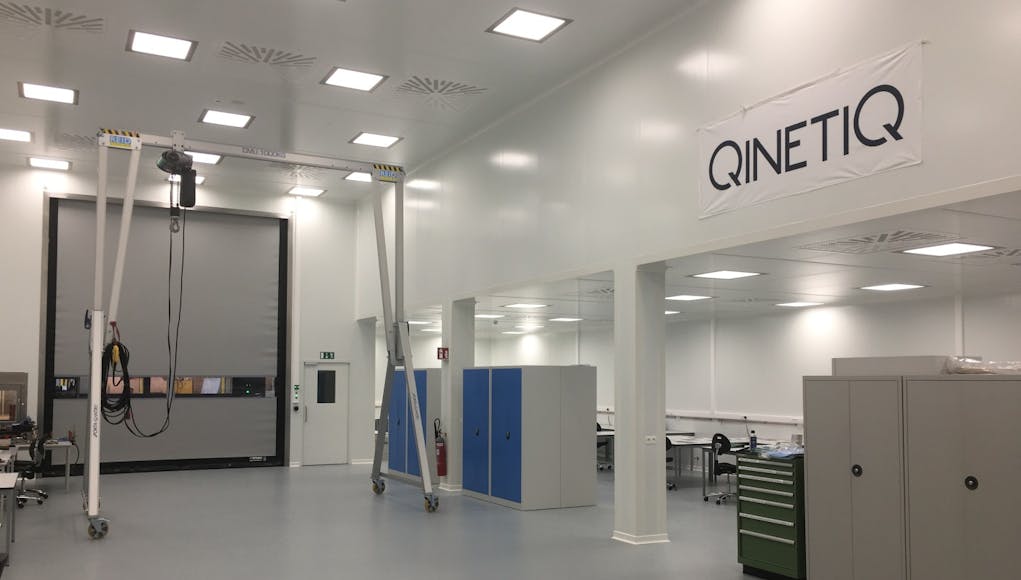 QinetiQ say it has celebrated its new cleanroom in Kruibeke, Belgium.

“It is a pleasure to be here today and get to see first-hand the new facilities from QinetiQ. It’s certainly a step forward for the company that will create benefits not only for QinetiQ, but I hope for the entire European Space community. At ESA, we look forward to keep working with QinetiQ in our actual and future projects”, he said.

“QinetiQ designs and delivers highly versatile small satellites and advanced subsystems, such as the International Berthing and Docking Mechanism (IBDM), an innovative spacecraft docking system that is being developed with ESA.

The company is investing in new integration and test facilities for the production of satellites and docking systems to support future growth including in commercial markets.”

The firm say that the new cleanroom environment provides conditioned, purified air at an overpressure to ensure that even when the doors are opened, normal air is unable to enter the facility. The new facility complies with process specifications and requirements for the manufacture of space equipment and is large enough to support the production of several satellites and docking stations.

“I am delighted and excited to see the opening of the cleanroom as it is an important investment in our space capability. The new area also includes a laboratory, and an innovative Robotic Facility that has the capability to simulate all possible docking (union) cases between a space vehicle and the International Space Station. I am looking forward to witnessing the next milestones that our expert teams will achieve for both IBDM and our satellite development”, said Jim Graham, Managing Director for QinetiQ’s Space business.

Very informative article. I was always enthusiastic about technologies like it. Thanks for your contribution.