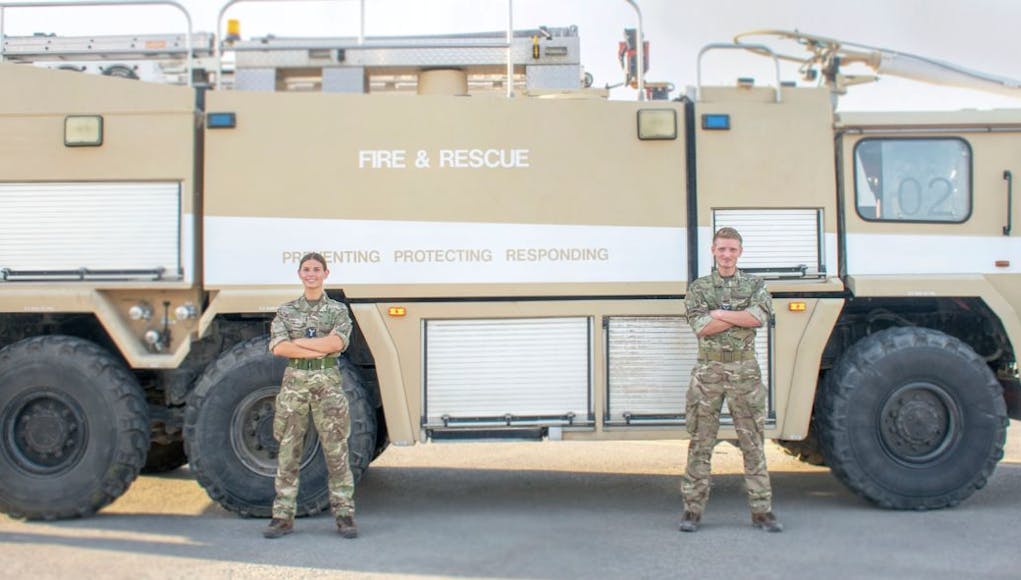 Firefighters based at a coalition airbase in the Middle East have dealt with a blaze that broke at the base, say the Royal Air Force.

The fire caused by a faulty air-conditioning unit was quickly brought under control by the RAF Firefighter team of four and their prompt actions meant the situation, which had the potential to escalate quickly remained a minor incident.

As a result there were no casualties and no impact on Coalition Operations, according to the RAF.

“The RAF Firefighters are deployed on a four month rotation and provide fire fighting cover at the coalition base.  One of the Firefighters has only recently graduated from the Defence Fire Training and Development Centre and this was their first operational deployment.

When the RAF Firefighters first arrived on the scene they were met with high levels of smoke throughout the building and had to don their breathing apparatus before carrying out a search of the building to find the fire and ensure nobody was trapped.”

The RAF add that the team provide fire cover for a range of different military aircraft and buildings at the coalition airbase.

Must be a slow news day. lol

a great capability not in the limelight. well done to the team