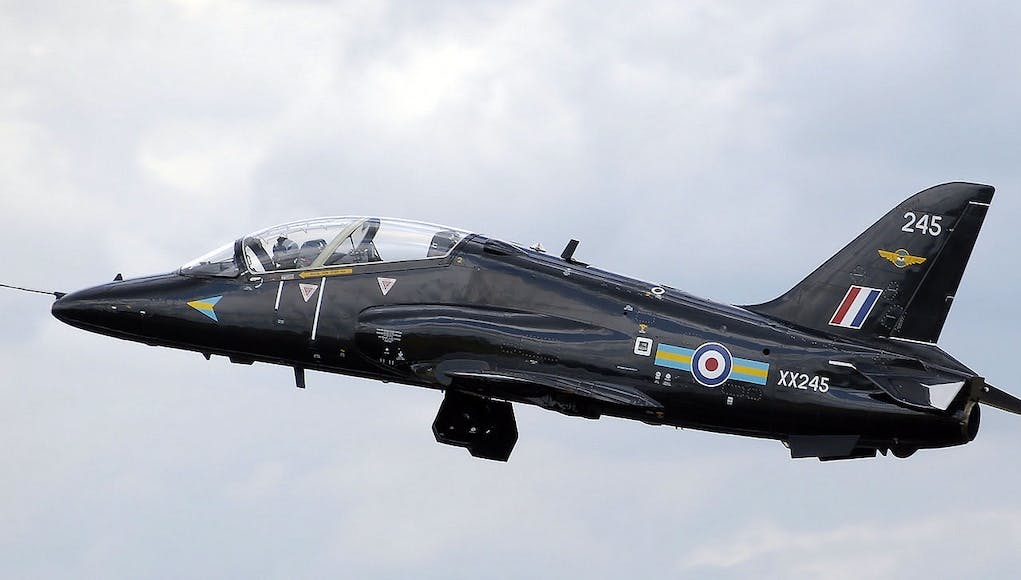 A flock of birds has forced a Hawk pilot to abort take-off with the jet rolling through the runway barrier.


It has been reported that the pilot was just about to take-off when he spotted the birds and aborted the manoeuvre but the jet wasn’t able to slow down in time and it crashed through the barrier at the bottom of the south east runway, near Cymyran beach, Anglesey.

No one was injured in the incident although two of the bases fire engines were called out as a precaution.

“A Hawk T1 was on a routine flight plan when it aborted take-off due to a flock of birds. It went through the barrier but remained on its wheels. It came to a stop quite close to the beach.

There were no injuries at all and assessments are currently being made as to how to recover the aircraft. The last time this happened was about three years ago at RAF Mona. In that case a bird had actually gone through the engine, bird strikes do happen and are a danger.”

The T1 was the original version of the Hawk used by the RAF, deliveries commencing in November 1976. The RAF received a total of 175 T1s.

During the 1990s and 2000s, 80 T1/1A aircraft were upgraded under the Fuselage Replacement Programme to extend their operational lifespan; sections of the centre and rear fuselage sections were entirely replaced. In 2009, the RAF began receiving the first Hawk T2, in the long term, T2 aircraft will replace the ageing T1s.

In August 2011, a Red Arrows pilot was killed when his Hawk T1 crashed following a display at the Bournemouth Air Festival, the inquest found “G-force impairment” may have caused the pilot to lose control; the Hawk T1 fleet was grounded as a precautionary measure and returned to flight status a few days later.

Crash? hmmm. Successful barrier engagement is not a crash.

Was a flock of Seagulls.

Glad there where no injuries but God I fcking hate birds huh..