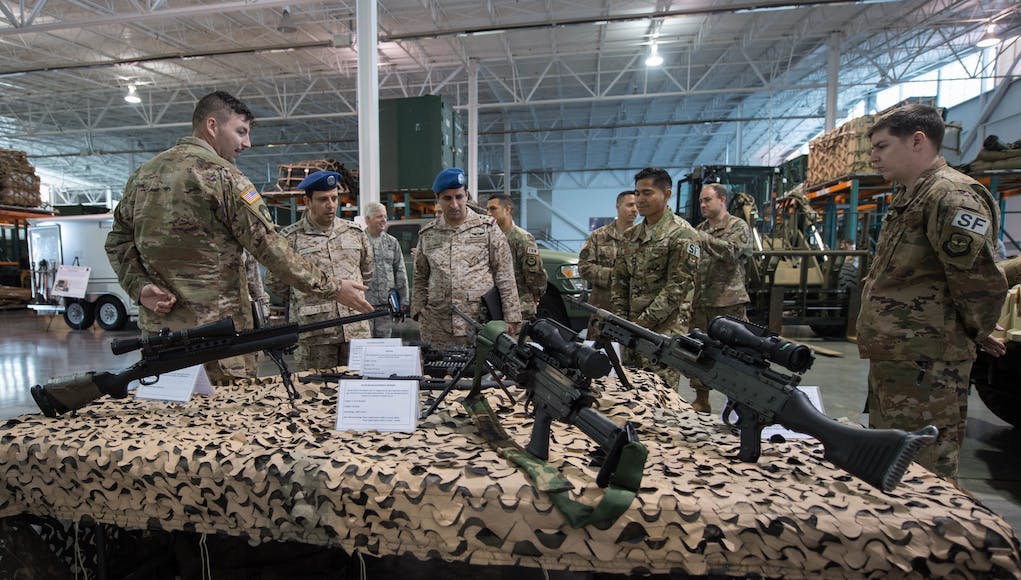 After the RAF toured the facilities, they headed to Amedee Army Field, California, to observe the exercise in motion.

“We wanted to use the C-Strike exercise as a training mechanism for RAF personnel in reconnaissance skills, and particularly for our Expeditionary Air Wings,” said RAF Wing Commander Christopher Thorpe.

The EAWs enable the RAF’s capability to open and sustain deployed operating bases in the same way the 621st CRW does for the US military. Observing exercises such as C-Strike allows the RAF members to better visualise how they would be able to train to operate during similar scenarios.

“Our team wanted to test the exercise scenario and see if it could meet our needs, and we were really pleased,” Thorpe said.

“We will be working with the (621st) CRW to manipulate the scenario to better our training and join them on their next exercise in the future.”

“Bringing members from the RSAF and RAF into (observe) our exercise planning strengthens our partnerships, their national security, and enables us to better integrate our forces in the future. It is always beneficial to share lessons learned and methods to enhance capabilities with our international partners,” Niederer said.

“Contingency Response is a low-density, high-demand mission set for our nation and others have seen the large return on investment our units offer during short-notice, combat-support, and humanitarian response missions.”

RSAF?
I dont think its Singapore.