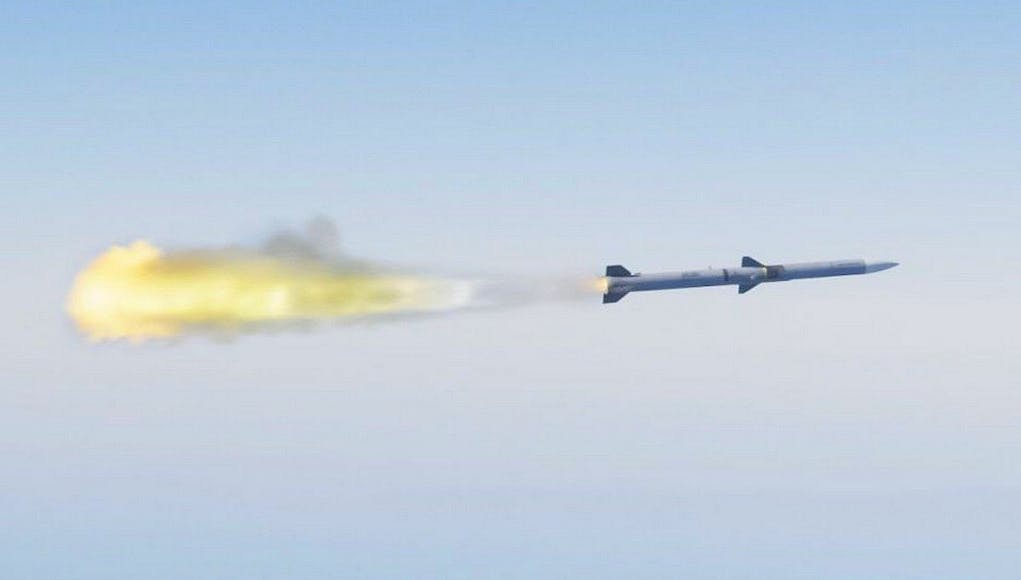 The order includes AMRAAM missile sales to the United Kingdom and 21 other countries.

The AMRAAM (Advanced Medium-Range Air-to-Air Missile), also designated AIM-120, has a 30 to 40 mile range and can reach a speed of Mach 4. The system is a beyond-visual-range air-to-air missile capable of all-weather day-and-night operation.

The fire-and-forget weapon employs active radar guidance and incorporates a datalink to guide the missile to a point where its active radar turns on to intercept the target.

Raytheon Company was awarded the contract as announced by the Department of Defense on December the 27th, 2019.

This contract provides for the production of the AMRAAM missiles, captive air training missiles, guidance sections, AMRAAM telemetry system, spares and other production engineering support hardware.  Work will be performed in Tucson, Arizona, with an expected completion date of Feb. 28, 2023.

Often wondered why we have not seen an MBDA version to compliment Meteor and offered as a package as seen with Spear variants?

Why spend all that money to develop the same capability as the AMRAAM when you can just buy them and have someone else pay for the upgrades.

Because of the technology that has been developed for Meteor, and an even more advanced version in the pipeline.

What do you think Meteor is???

It’s the same size as Amraam but completely outclasses it. We will eventually be a wholly Meteor force. This is a small order for T1 Typhoon’s (it’s either new D variants or we have to pay to re-life the C-5’s) and for F-35 until Meteor is integrated in 5 years.

Why are the T1 airframes not being upgraded to take Meteor? I thought the T1 were to be used for air defence QRA etc. I suspect the upgrade would be a soft-wear patch…

For Tranche 1 Typhoon and F-35B presumably?

These are all Amraam D variants for the UK, we’re ordering up to 200. Not all of the customers on this list are for D variants though, some will be ordering C-7’s as they won’t be cleared for D’s yet. They’re definitely for F-35B in the UK and to provide a medium range missile for the Tranche 1’s until their OSD in 2030. The alternative was to ‘re-life’ the Amraam C-5’s that we have around 120 of to see the Typhoon until 2030 and to bridge the gap until Meteor in integrated. I think we can now forget about a… Read more »