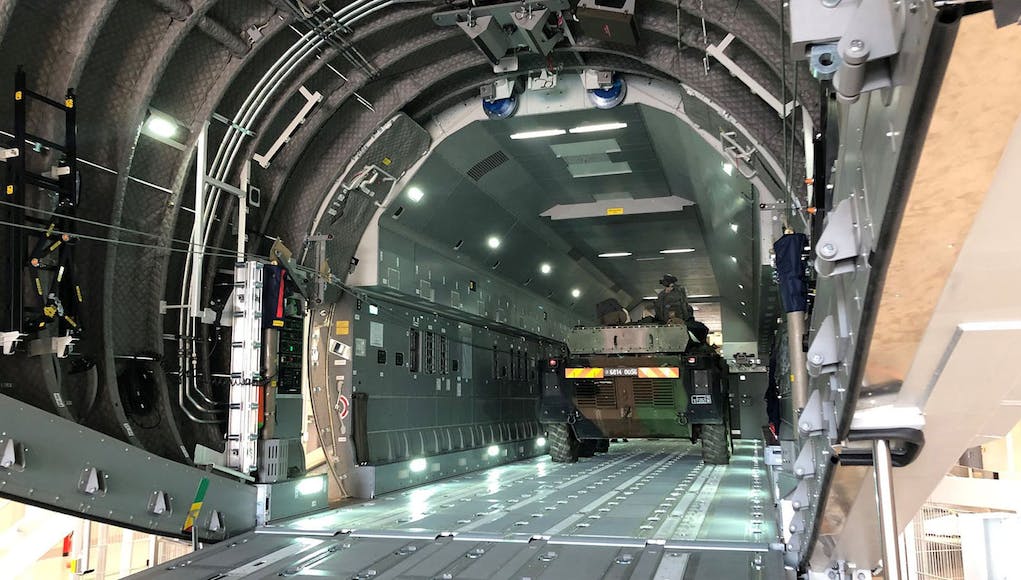 The new simulator is the now most advanced item of equipment at the Cargo Training Center, which is operated by the French Army at a site near Toulouse.

In 2017 Airbus awarded Rheinmetall a contract to develop, fabricate and supply the training simulator for the A400M Atlas transport plane on behalf of the French Army and French Air Force, the two end customers.

“The system just commissioned near Toulouse is the latest generation of the ‘Cargo Hold Trainer – Enhanced (CHT-E)’, an exact 1:1 replica of the A400M cargo hold, which features the full array of operator interfaces, control stations and original equipment. This makes it ideal for initial, advanced and refresher training courses as well as for mission preparation. Crews can also practice difficult procedures such as airdrop operations in complete safety. All training content is planned, monitored and evaluated at the trainer station, including error simulations activated by the trainer.

Following in the wake of the Airbus International Training Center (ITC) in Sevilla, the Royal Air Force in Great Britain, the German Air Force and the Royal Malaysian Air Force, the French military is now the fifth user of the A400M cargo hold simulator, which is produced at Rheinmetall’s plant in Bremen. At the Cargo Training Center near Toulouse, the simulator will be used to train future French Air Force and French Army crews, employing the latest training concepts.”

Stuff like this is a good idea. Who knows what critical issue in a time of crisis might be avoided because this simulator allowed thorough mission-specific preparation to be done for some specific cargo load combination and doing that in a simulator is a lot cheaper than tying up a real A400M for however long the planning and preparation takes.