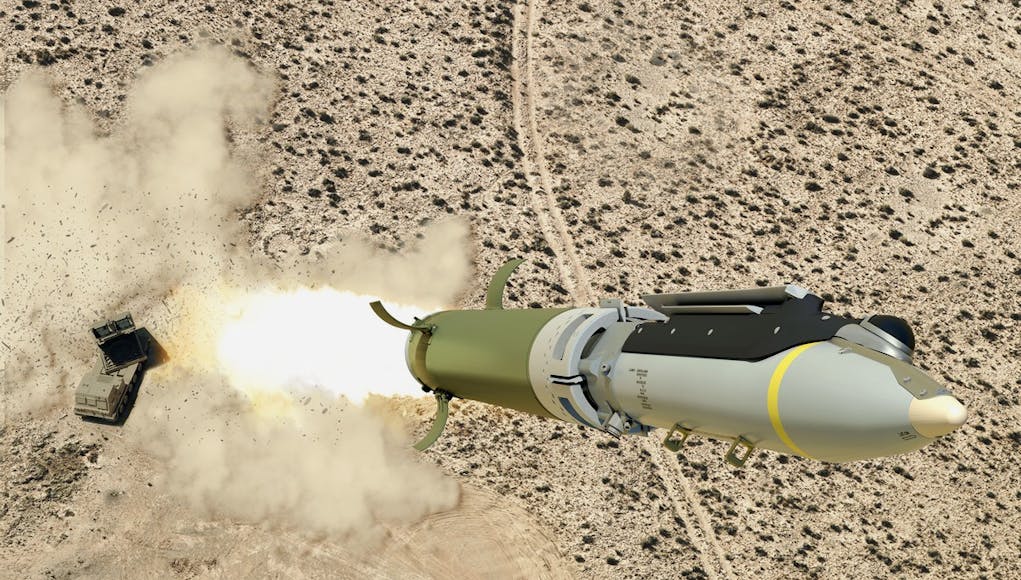 Saab and Boeing say they have conducted a successful long-range test firing of the Ground-Launched Small Diameter Bomb (GLSDB) in Norway. 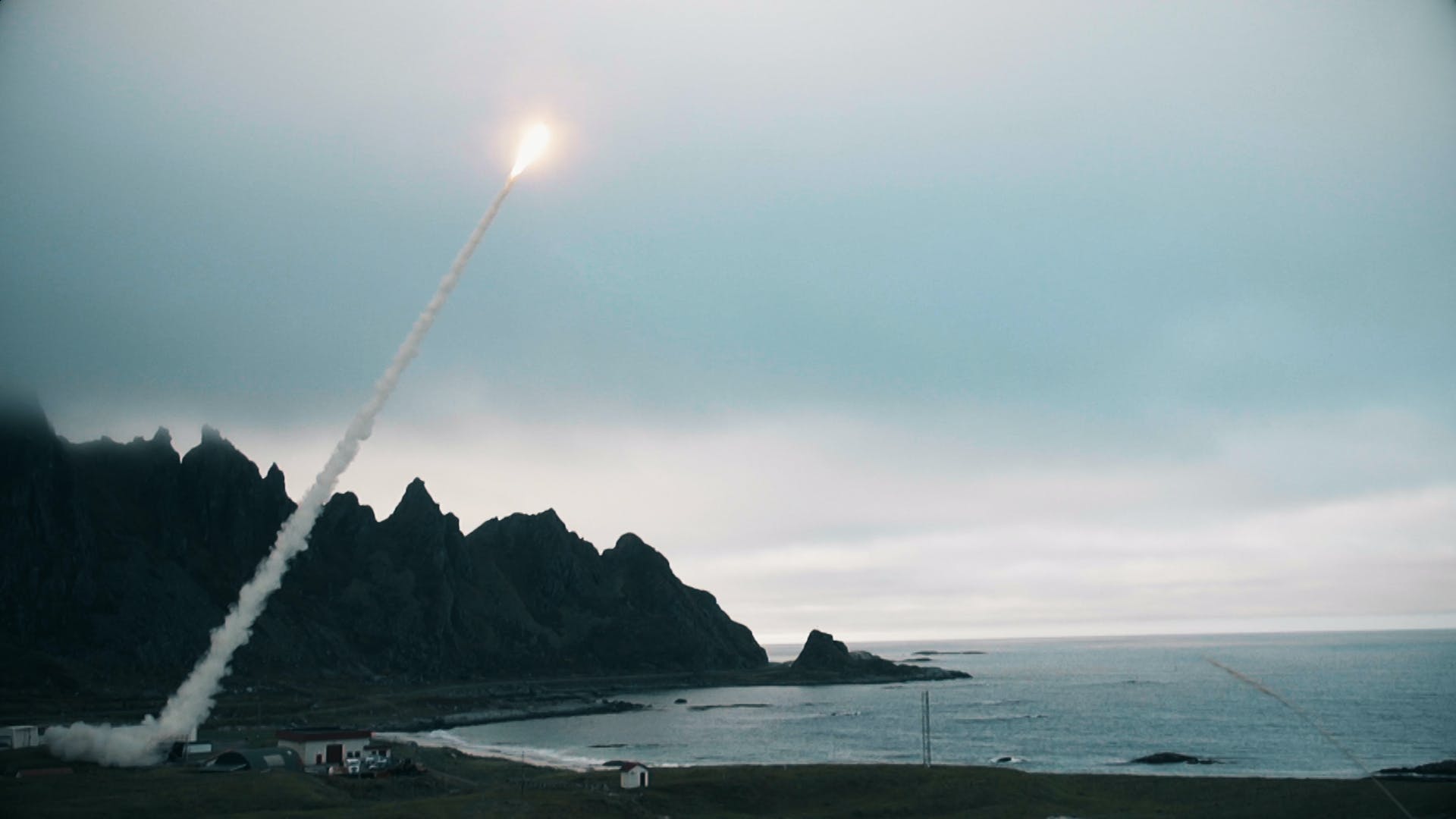 The test firing took place at the Andøya Test Center in Andenes, Norway, September 26, 2019. The objective of the test firing, say Saab, was to hit a predetermined target in the sea 130 km away from the launcher. 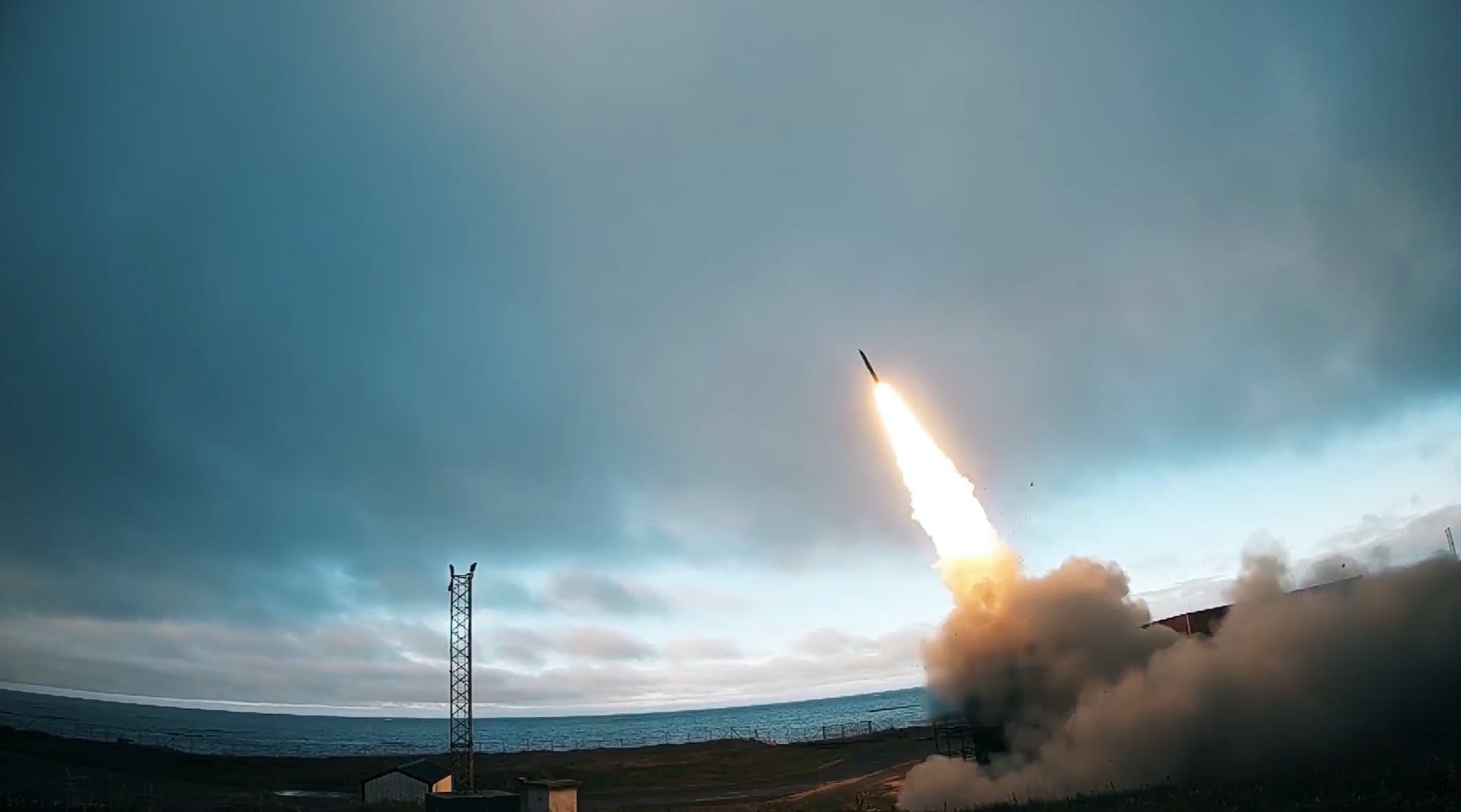 The launcher used in the test firing was a custom made, fully autonomous, 20 foot container.

“In collaboration with Boeing, we have developed a highly competent system that offers high precision at long range. We see a lot of potential in the GLSDB, since it provides armed forces around the world with a long range artillery capability, which there is a great demand for”, said Görgen Johansson, Head of Saab business area Dynamics, in a news release. 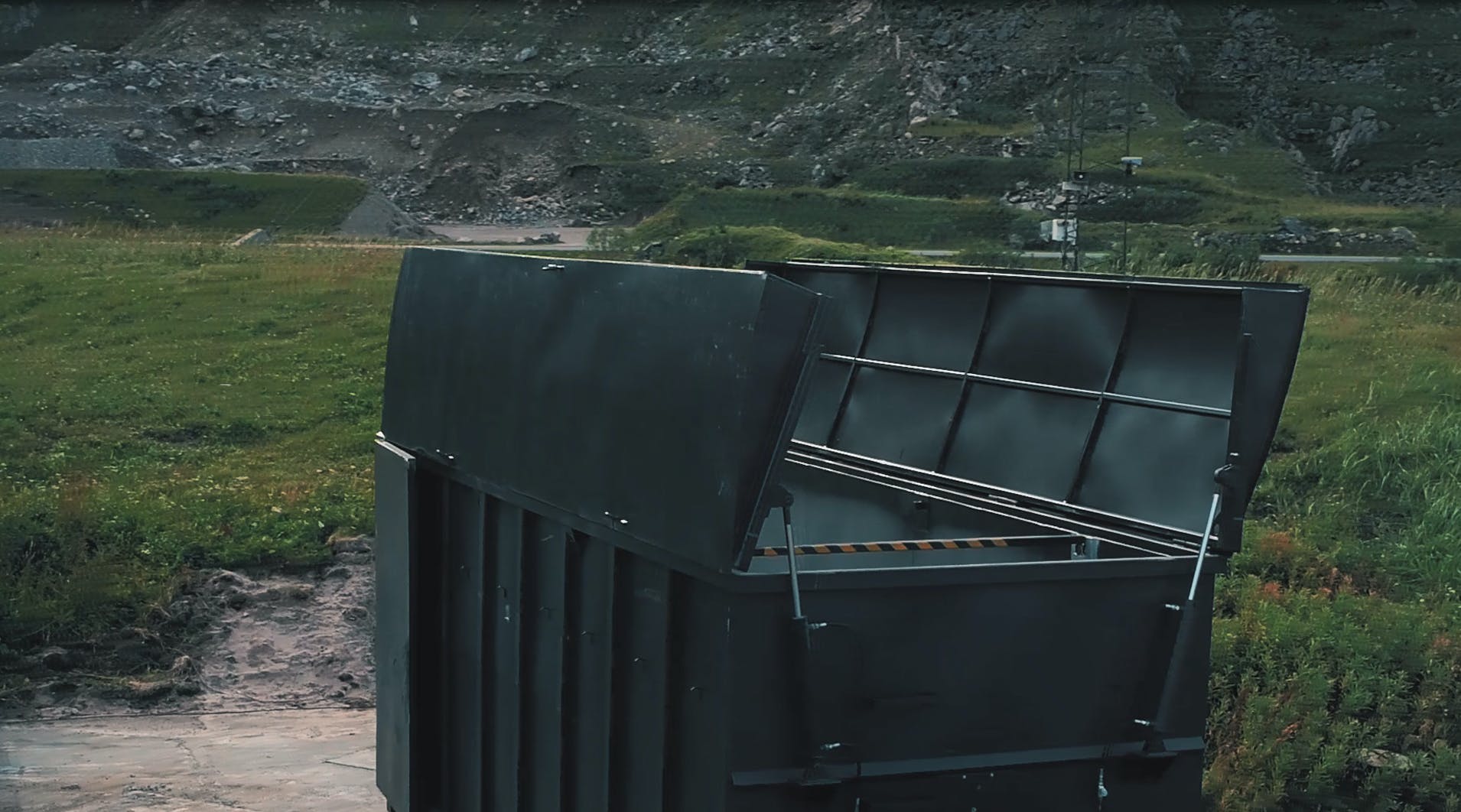 GLSDB is a partnership between Saab and Boeing. The GLSDB is launcher independent, which means that it can be fired from a containerised solution, as well as any launcher capable of using the M26 launch pod container e.g. HIMARS, M270 and ChunMoo. The containerised solution can also be used onboard ships, providing GLSDB with the ability be fired from both land and sea assets. 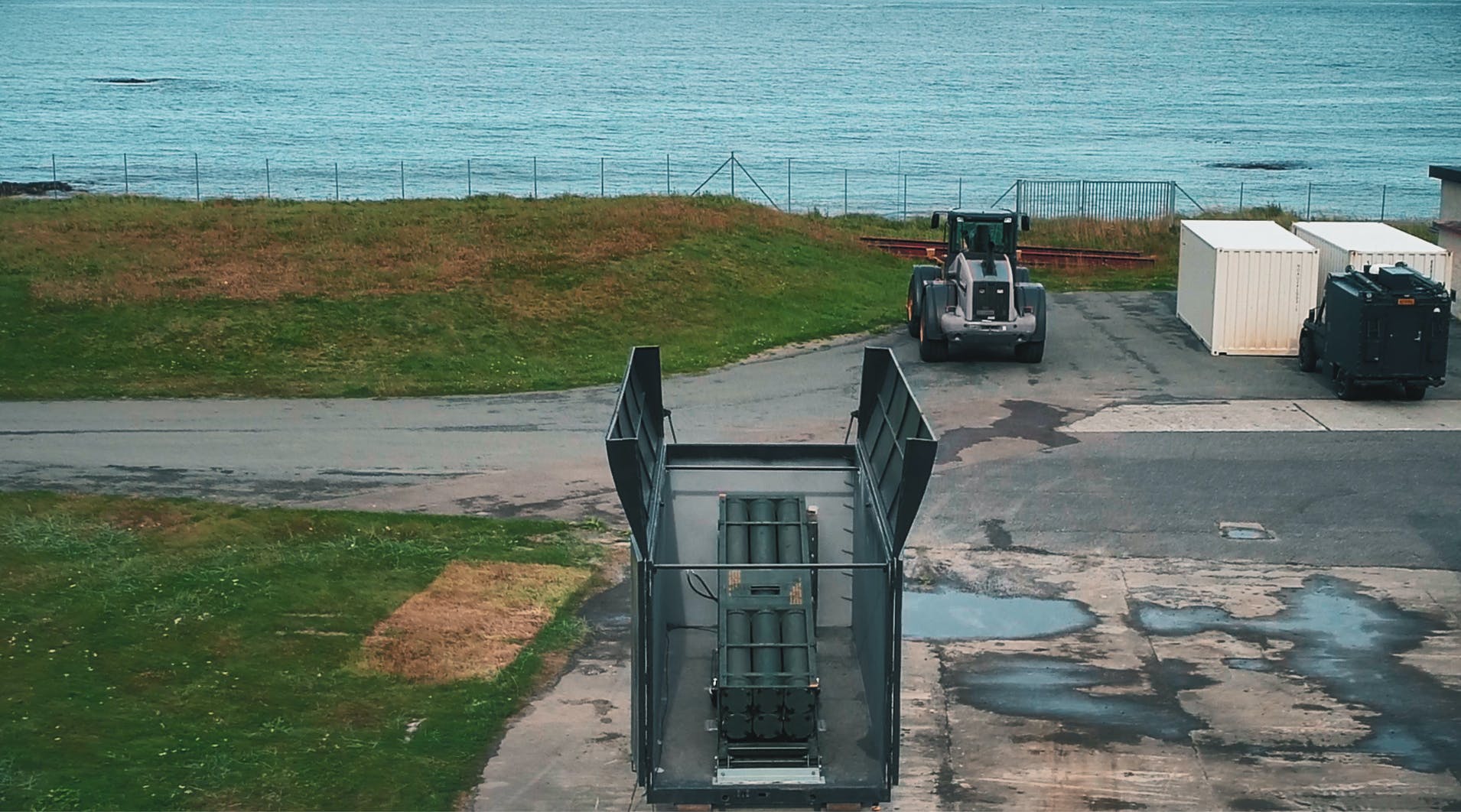 “Combining our companies’ expertise, experience and resources have resulted in an advanced, cost efficient, supportable global rocket artillery solution that brings warfighters the level of capability needed to combat current and future threats in a joint force environment.”

An ideal solution for protecting the UK shoreline, particularly the English Channel.
I’ve mentioned this on a number of previous occasions, freeing up our larger warships for other duties.

If these, or something similar could also be fitted onboard the Batch 2 Rivers, all the better!

Such as Martlet, Sea Venom or Spear 3 for example!

NC wrote:
If these, or something similar could also be fitted onboard the Batch 2 Rivers, all the better

What a fantastic innovation . Interestingly the UK already has on its books the much shorter ranged Spike NLOS (Aka Extractor) which is effective out to 25k. That on its own fitted onto any RN ship would improve its mission capability /

Seems rediculous really but 25km sounds so short range these days when it would have seemed so impressive not too many decades ago. I guess for the Rivers that would be a great upgrade though the 130km of this system, while perhaps arguably overkill for them looks very interesting for other more blue sea assets.

Good post Nigel. Currently I’m of the firm opinion that the UK considers it of minimal strategic interest to protect itself to any significant degree. I assume this comes from best use of finance Vs largest risks? Seems rather odd to me as I am sure there are a few small things the UK could do to beef up it’s defence at not a large cost. But perhaps I am missing the bigger picture regarding UK reliance on nuclear weapons. I suppose why do you need a decent air defence network or shore based anti access area denial weapons if… Read more »

“The objective of the test firing, say Saab, was to hit a predetermined target in the sea 130 km away from the launcher.” Admittedly they didn’t say the objective was achieved but I assume it was a carefully calculated hence a realistic objective. If an unpowered SDB can achieve this range when a booster is strapped to it then imagine what would be possible if a booster was strapped on to the back of Spear 3 making the models and renders that MBDA have shown of a VLS Spear 3 become a reality. Spear 3 is said to have a… Read more »

The beauty of Spear 3 is that it has a throttleable engine. This gives it a multi-attitude capability hi-lo, lo-lo etc. But it also means it can loiter over a target area. I am not talking hours, but enough to be usable. The SBD is in essence a glide bomb with a one use rocket attached. So it will follow a ballistic path initial and then gradually fall to earth, so it has a bit of loitering capability, but its not in the same league as Spear 3. If Spear 3 was given a VL booster it would be a… Read more »

Love the work Saab does with such a limited budget. They have some of the best stuff available.