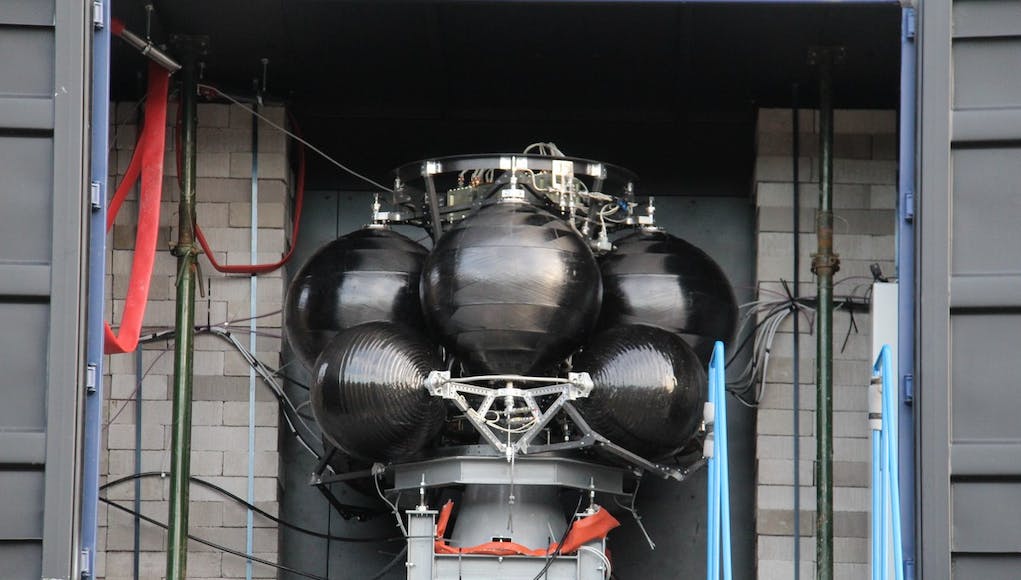 On 23rd December 2020 the Skyrora test and flight operations team performed one of their most important test campaigns to date, a full upper stage static fire test, at their engine development complex in Fife, Scotland.

According to a statement from the company:

“This historic event represents yet another significant milestone in the Edinburgh-based rocket manufacturer’s development plan. In fact, it is a crucial milestone for the entire UK space industry. The company unveiled their latest technical accomplishment with a full mission duration static fire test (450 second burn over three firings) of the upper stage of their orbital-class vehicle, Skyrora XL. The test involved a fully-integrated setup of the engine, feed systems, avionics, and the software.

This third stage vehicle has capabilities way beyond just transporting its payload into orbit. It is a full mission-ready Orbital Transfer Vehicle (OTV) that can perform a number of in-space missions once it has delivered its payload including the replacement of redundant satellites or even the removal of space debris.” 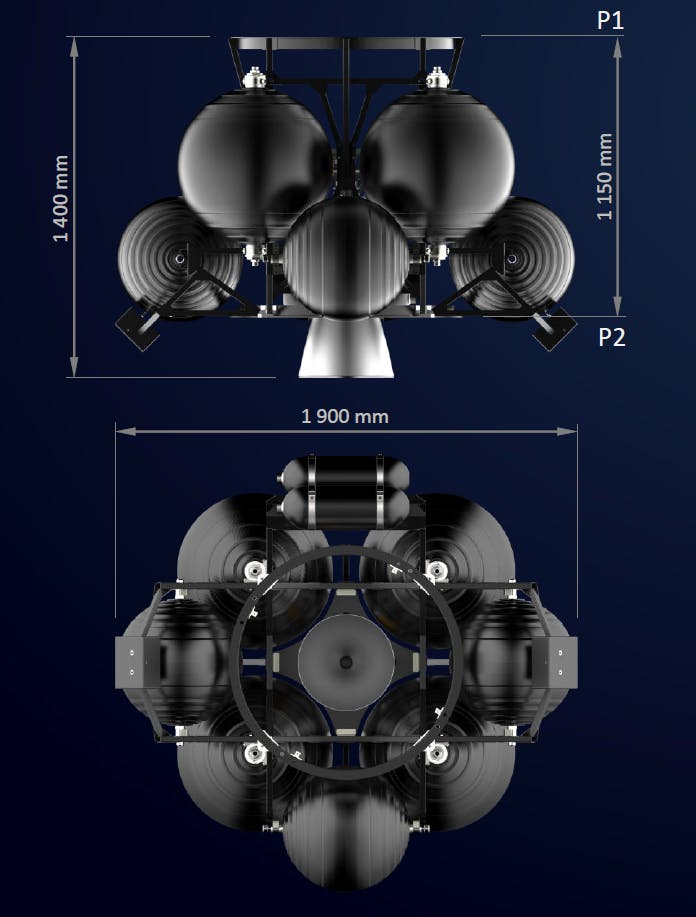 “Our goal was always to be mission ready once all the regulations and permissions were in place, and this development not only brings us closer to that point but also takes us beyond simply launch readiness. We have been deliberately quiet about this aspect of our Skyrora XL launch vehicle as we had technical challenges to get it to this stage and we wanted to ensure all tests had a satisfactory outcome, which they now have. With the current climate and a real shortage of good news, we feel it is the right time to share this with the world.

It’s important to show that even in these challenging times we are still a nation that continues to innovate and take the lead in some of our most lofty ambitions. We aim not only to conduct efficient launches from UK soil in the most environmentally friendly way, but ensure that each single launch mission has the possibility of conducting the level of work that would have historically taken multiple launches. With this approach we enter a whole new level of efficiency with full consideration of environmental impact taken into account.”

To date the company has executed a rigorous series of engine tests, but this latest exercise involved a fully-integrated setup of the engine, the flight-weight structure and feed systems, flight-grade avionics and the full flight computer software which will be used in the first flight of Skyrora XL.

“The test was not only a verification of the engine and fluid systems, but of the flight software and vehicle structure, as the vehicle performed a full set of engine burns and vehicle manoeuvres that simulate the flight of the upper stage in orbit above Earth. This test is key, not only for the development of the vehicle, but in verifying the readiness of the operations team in full-scale test operations, the manufacturing teams in their ability to produce flight-grade vehicles and is the final checkpoint prior to flight readiness of the stage. Passing this test puts Skyrora one step closer to the completion of their Skyrora XL vehicle.”

“We had the aim of testing the third stage in 2020 as per our technological plan. Last year we faced many risks to our plan, but the team has worked tirelessly and as one to get this done. Despite global challenges, we have completed every milestone we had set out to achieve this year. This puts us in a great position to start 2021 and expand our operations with increased manufacturing, vehicle launches and more Skyrora XL stage testing. The vehicle has the ability to refire its engine several times and conduct multiple missions during one trip, making missions highly configurable and suitable for a wide envelope of customer requests and flight plans. The Skyrora upper stage is a historic first not just for the company, but for the UK Space industry, as it is the first “mission ready” vehicle of its kind to be developed in the country.”

“It’s fantastic that companies such as Skyrora are persisting in their ambition to make the UK a launch state. By driving forward and constantly investing into their engineering capabilities, the UK continues to benefit from these impressive milestones achieved. In undertaking a full fire test of their third stage, which fulfils the function of an Orbital Manoeuvring Vehicle capable of delivering satellites into precision orbits, Skyrora is one step closer to launch readiness. This vehicle will also be able to perform vital services such as satellite removal, refuelling and replacement and debris removal from orbit. Taking such an idea from design right through to manufacture and flight ready status is a first not only for the UK, but also for Europe and the World.”

Back in the mid-1980s, several studies were done into the development of an Orbital Manoeuvring Vehicle (OMV) with the primary function of removing satellites out of orbit. The idea was further developed as Russia started developing its “Parom” spacecraft. The idea gained little traction due to the limited numbers of launches at the time, but the appetite for such a vehicle has been gaining strength in recent times, as only in 2018 did such a vehicle enter space when Spaceflight Inc. launched the Sherpa OMV onboard a Falcon 9 rocket.

Further to this, in October 2019 a US consortium headed up by Northrop Grumman launched their “Mission Extension Vehicle” into orbit from Kazakhstan which then repositioned an existing satellite into a new orbit extending its mission length by another four years. The mission was followed in August 2020, when the consortium performed a similar manoeuvre with a second vehicle. Since then, a small number of companies including Airbus and Momentus Space have worked on developing in-space manoeuvring vehicles, but are very much at the early stages.

The Skyrora upper stage, once in orbit, can reportedly navigate to a wide variety of possible orbits, with the ability to make multiple stops and perform a number of functions during its journey.

Whilst a lot of the space news across the UK has focussed on the country’s move into providing launch services, which would mostly deploy satellites into fixed orbits, very little has been done to develop in-space manoeuvres, and certainly nothing of this scale or functionality. This development represents a paradigm shift in in-orbit operations. Having a last-mile orbital delivery service, which can drop off numerous satellites into various orbits, move satellites from one orbit to another or perform a variety of maintenance tasks, is revolutionary to the UK/EU Space Industry say the firm.

The Skyrora XL upper stage is powered by a 3D printed 3.5kN liquid engine with multiple ignition capability. Orientation control is provided by engine gimballing and cold gas thrusters. The main structure and tanks are manufactured from carbon fibre making it extremely light and therefore reducing the quantity of fuel required during its journey.

What a time to be alive, Fife joins the space race ye ken.

If they need a larger test site, maybe they could use the old Blue Streak stand at Spadeadam?

If you want to use them for their original purpose, testing rocket engines, then the heritage issue would not be too much of a problem.

Still not allowed to modify the structure of a scheduled monument though, so the new engine would have to be built to fit the original mounts. Also now looking at the concept doubt they need to test the ground to orbit stage, more the in orbit propulsion for chasing/moving satellites

Well if it is something you can bolt on, then unbolt when you have finished, most heritage bodies would be sympathetic.

In space taxi service? Well they can go up and bring back the SNPs budget planning, and drag it way way back to earth….

I’m quite partial to a little tug 🙂