The second RC-135 Rivet Joint has been delivered to the RAF seven months early, the MoD has announced. The aircraft was handed over today at RAF Mildenhall will be deployed on operations within weeks.

The United Kingdom has purchased three RC-135W Rivet Joint aircraft, referred to as Airseeker in UK service, from the United States in a deal worth around £630 million. The aircraft join 51 Squadron at RAF Waddington along with the RAF’s other ISTAR assets, like the Sentry and Sentinel.

The RC-135 signals intelligence aircraft is fitted with an on-board sensor suite that allows the aircraft to detect, identify and geolocate signals throughout the electromagnetic spectrum. The information can then be distributed in a variety of formats to a wide range of platforms through Rivet Joint’s extensive communications suite. 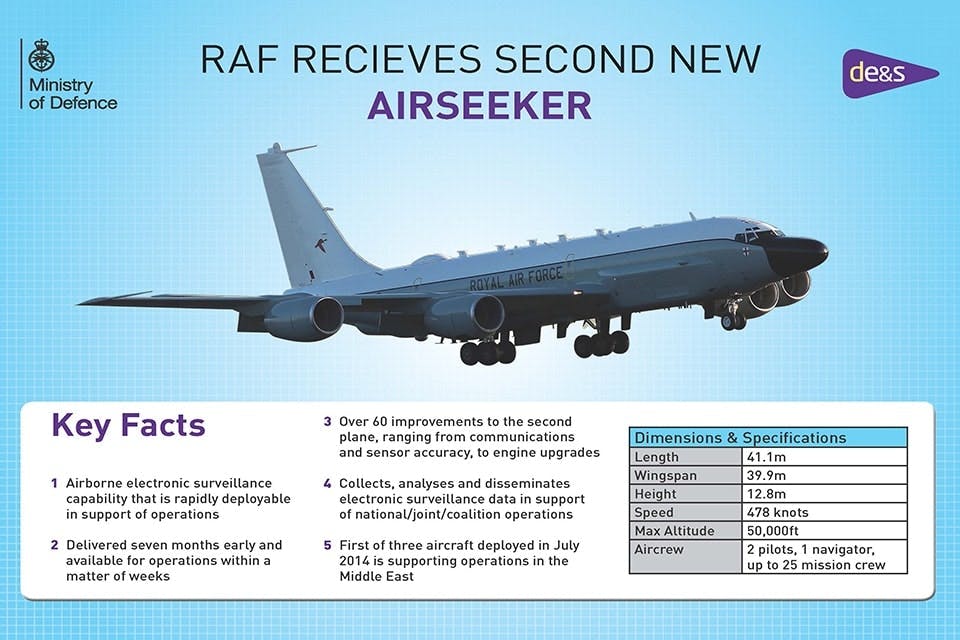 British crews achieved more than 32,000 flying hours and 1,800 sorties as part of the USAF’s 55th Reconnaissance Wing, in preparation for the RAF operating the type.

“The delivery of the second Airseeker provides our Armed Forces with another vital intelligence aircraft that will give valuable support to our fight against enemies such as ISIL.

With a Defence budget that will rise in real terms over the next five years and a £163 billion equipment plan, we are able to give our Armed Forces the best equipment to meet the growing and complex threats we face today.”

“This milestone for the Airseeker programme, coming ahead of schedule, gives the UK another world-class real-time signals intelligence and surveillance capability supporting forces in the air and on the ground.

It also marks the significant achievement of the Defence Equipment and Support team in delivering this outstanding aircraft to the RAF.”

A programme of continual upgrades will keep the British aircraft up to date. British Rivet Joints will operate as part of a joint pool with the USAF and as a result, will be upgraded and maintained to the same standard as the American aircraft. 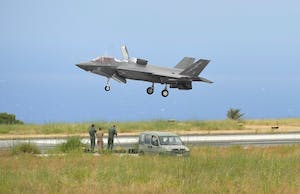