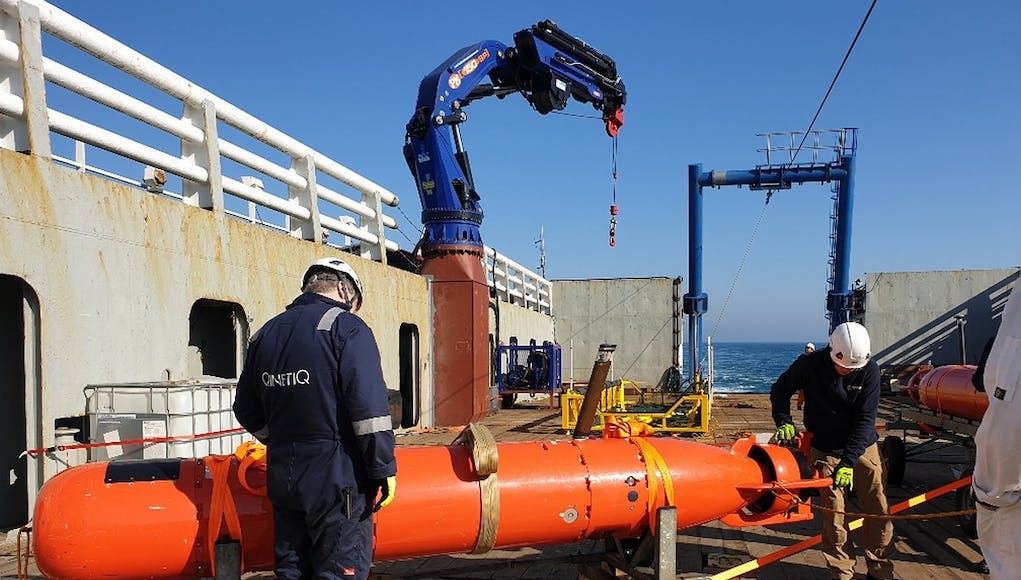 Serco has been working alongside QinetiQ and Saab to carry out a new set of trials for the Saab AUV-62, an autonomous Unmanned Underwater Vehicle based training system.

The trials appear to have lead to orders, last month Saab received an order to provide the Royal Navy with the AUV62-AT anti-submarine warfare training system.

“The aim of the recent trials of the heavy weight torpedo sized Saab AUV-62 was for the Royal Navy to determine whether it was possible to use the system without putting sea boats into the water to launch or recover the UAV. 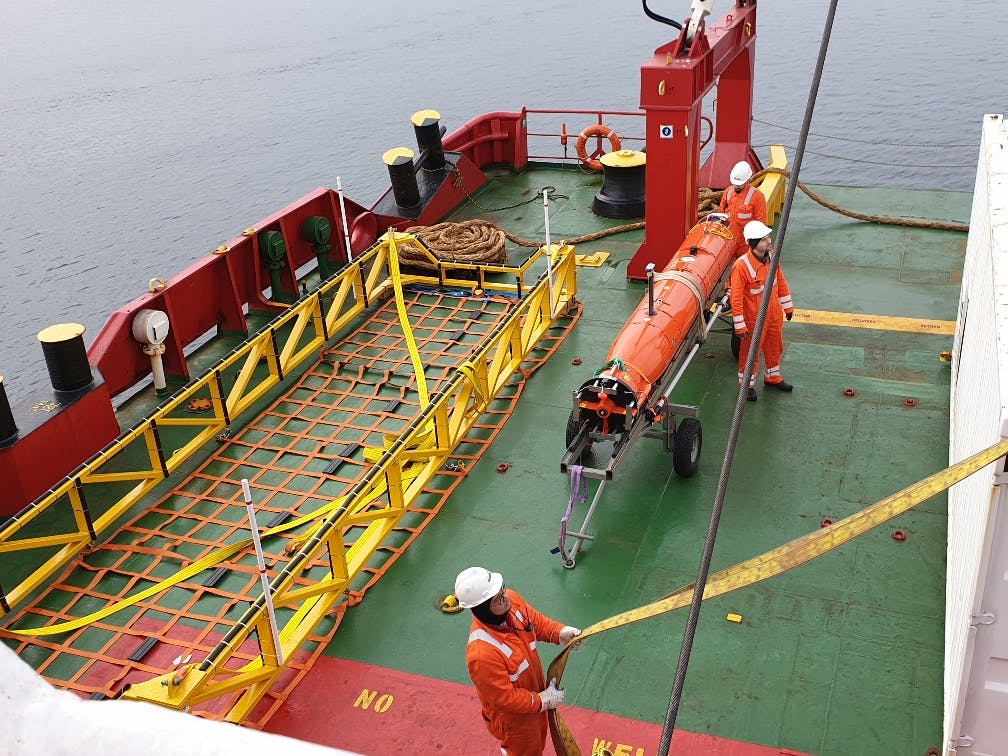 Work to prepare for the trials has been underway since the start of the year and in 2017, the AUV-62 was operated from the Serco trials vessel SD Warden during Exercise Unmanned Warrior.”

“The maritime expertise available from Serco’s team at BUTEC and particularly the crew of SD Raasay was absolutely key in developing safe and reliable techniques to launch and recover this one ton autonomous system in a wide variety of sea states and weather conditions. Whilst benign weather operations posed few challenges for our experienced teams, the Royal Navy’s requirement for operations in all weathers and overnight was very demanding.  We are very pleased that initial indications from the Royal Navy have been that they were very impressed by both the performance of the system, and how Serco’s teams helped deliver it.”

The AUV62-AT acts as a training target that can emulate a submarine. The firm describe the system as follows:

“The AUV62-AT is flexible, adaptable and can operate in several different modes, enabling it to comply with various sets of training regulations. It can generate realistic submarine noises and echoes, which are transmitted at a precise target strength and over clearly defined distances.

The payload module of the AUV62-AT includes a transducer tail, which mirrors the physical properties of a submarine so as to provide realistic training, including ASW torpedo firing. The tail incorporates transmitting and receiving transducers, so that training personnel can perform onboard analysis of the location of active sonars or attacking torpedoes. Capable of deceiving any torpedo homing system, the AUV62-AT’s tail system provides forces with a highly qualified tactical training target.”

I wonder if a bunch of similar AUVs could act as a kind of sub-surface fleet-shield… Continuously on watch around a carrier task group giving off the signature of larger submarines – like a decoy to attract incomings torpedoes. When it needs to refuel, deploy a replacement AUV then return the one that needs refueling. These could similarly be used to draw out enemy anti-submarine frigates from another location just by simply giving off the impression that a fleet of subs are heading in a particular direction. When the enemy ships give chase, their original position could be less defended…… Read more »