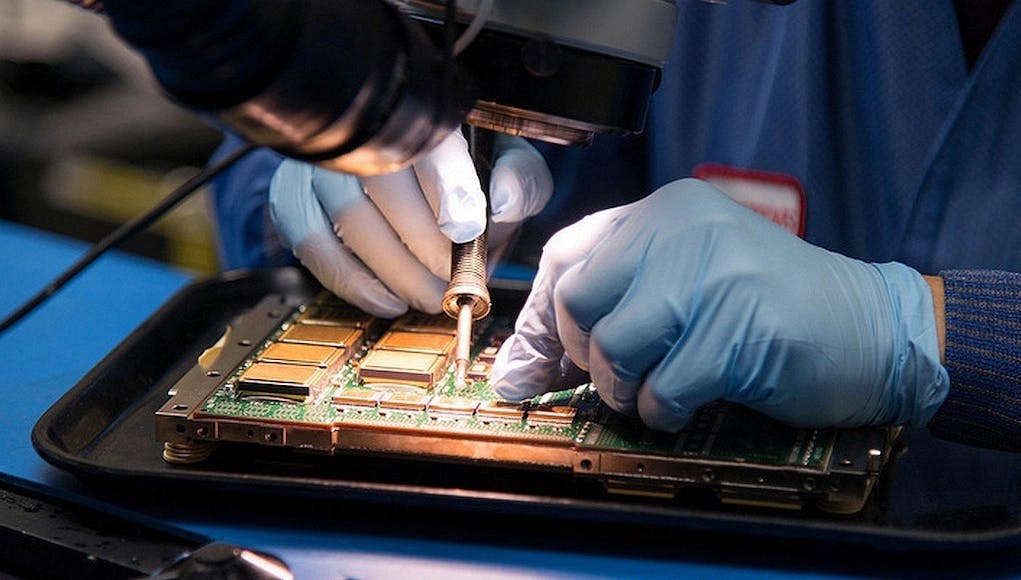 BAE Systems have announced a new generation of space computer.

BAE say the RAD5545 SBC delivers exponential improvements in size, speed, and power-efficiency over its proven predecessor, the RAD750 SBC.

“We’ve been delivering radiation-hardened components for almost three decades, and our customers have come to trust the performance, reliability, and longevity of our technology,” said Dave Rea, director of On-board Processing and Advanced Technology at BAE Systems.

“The RAD5545 SBC is the next step in the evolution of space computers. It’s the most technologically advanced radiation-hardened, general-purpose processor for space applications.”

The RAD5545 SBC is produced at the company’s facility in Manassas, Virginia. The facility is a US Department of Defense Category 1A Microelectronics Trusted Source.

Category 1A means the company is a trusted supplier of foundry microelectronics goods and services to the Department of Defense.

It would be interesting to know roughly what the actual performance increase is over the previous generation – “… delivers exponential improvements in size, speed, and power-efficiency over its proven predecessor” doesn’t exactly tell us much. It would also be interesting to know how the latest stuff compares with a typical high-end mobile phone, tablet and various laptops in terms of CPU performance and RAM capacity. I seem to remember that the gap between latest generation radiation-hardened stuff and the stuff on the shelves of PC World used to be pretty significant, at least 5 years behind in performance terms… Read more »