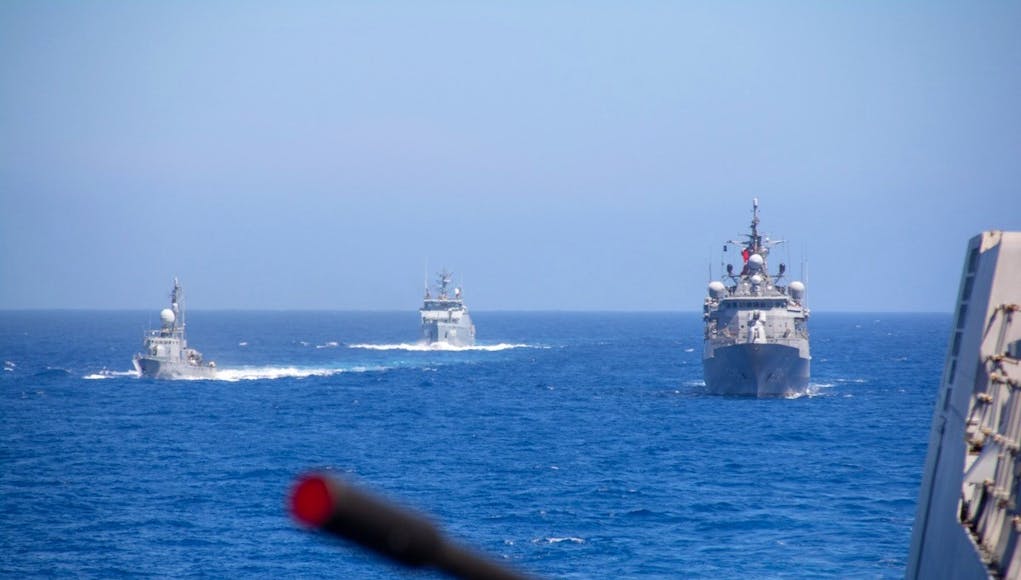 Standing NATO Maritime Group Two, now at the end of the Italian Command, exercised with two Tunisian Navy units – offshore patrol vessel Syphax and the fast patrol boat Hamilcar. The exercise was conducted in the waters north of Bizerte, Tunisia, with the four vessels performing a communication drill, followed by a manoeuvring series, concluded by the traditional ‘sailpast’ and a salute between the four vessels.

“This training does not only have value in its execution, which demonstrated the outstanding capability and immediate integration of the Tunisian Navy with NATO forces, but has also opened a new chapter of further cooperation at sea between Tunisia, NATO and all Allied nations,” said Rear Admiral Paolo Fantoni, Commander of SNMG2.

Tunisia, a partnership with which falls under NATO’s Mediterranean Dialogue, has a long-lasting cooperation with NATO.

“The objectives are, for both sides, to enhance interoperability, improving maritime security and deterring potential terrorist threats at sea. SNMG2, under Italian command since December last year, is composed of the Italian frigate Fasan and the Turkish frigate Salihreis.”

The Group is set to change command early next week.

SNMG2 is one of four standing forces that comprise the maritime component of the Very High Readiness Joint Task Force, which is part of the NATO Response Force (NRF).

“To respond to contingency situations additional forces can be added to these groups, with the NATO command staff onboard and the ships of the group as the nucleus, capable of providing timely support to NATO operations.”