Soldiers from the Royal Logistic Corps and the Royal Tank Regiment removed a contaminated vehicle from the Accident and Emergency entrance at Salisbury Hospital in Wiltshire on Operation MORLOP, in response to a request from the police.

180 military experts in chemical warfare defence and decontamination, as well as 18 vehicles, were deployed to assist the Metropolitan Police “to remove a number of vehicles and objects from the scene” and look for any further traces of A nerve agent.

The personnel were drawn mostly from the Army, including instructors from the Defence CBRN Centre and the 29 Explosive Ordnance Group, as well as from the Royal Marines and RAF.

On the 4th of March 2018, Skripal and his daughter Yulia, who was visiting from Moscow, were poisoned with a nerve agent. As of today, they remain in a critical condition at Salisbury District Hospital. The poisoning is being investigated as an attempted murder.

Home Secretary Amber Rudd said that the use of a nerve agent on UK soil was a “brazen and reckless act” of attempted murder “in the most cruel and public way”.

Tom Tugendhat, the chairman of the Foreign Affairs Select Committee of the House of Commons, said that the evidence indicated that the Russian government ordered the attempted murder, citing similarities to the poisoning of Alexander Litvinenko and prior threats against Skripal’s life.

Security expert at the Institute of International Relations Prague Mark Galeotti, assuming the poison attack was engineered by Moscow, said such act would violate the unwritten rules whereby exchanged agents would enjoy immunity and therefore surmised that Moscow might have thought that Skripal “was back in the game — working for British intelligence or another intelligence agency.”

Thankfully UKDJ seems clear (for now) of the Russian trolls that seem to populate every other news article comment section.

Try RT news chat forum english section ,its mainly all english speaking russians with wild conspiracy theorys to explain russias crimes, it is funny.
But you need to go on incoginto mode on google and spell russia wrong to get your comment on there because guess what? its has heavy censorship on any anti russian comments ,no suprise there lol!

This must be an eyeopener for the MOD. Since the so-called attack on the bench, the search has grown larger, and could expand even further? This demonstrates just how easy it is to inflict chemical weapons anywhere from shopping centres to nightclubs. Our forces have quickly acted to identify and eradicate whatever this substance is(I hope). Whomever is responsible should be brought to account, and the crime recognized as an attack on society. The United Nations and NATO should quickly move to condemn and punish those responsible.

Russia will continue with acts of terror until someone has backbone to stand up to this fascist regime. Invasion of Georgia Annexation of Crimea Invasion of Ukraine. Murder of political opponents. Use of chemical weapons. Appeasement never works, if we have learnt anything from 1930s it must be that. Close down the Russian embassy, strict regime of tough sanctions, arm the Ukraine, confiscation of financial assets of associates of Putin regime and build up of NATO assets in eastern Europe. PS Germany needs to stick its hands in pockets and start funding in armed forces so they have a credible… Read more »

But but but but, I thought Russia was just an innocent bystander simply defending itself whilst the evil Euro fascists and American imperialists invaded everywhere and destabilised countries! Russia isn’t like them at all!

Time to hit them back and hard ,obviously direct military action is not going to happen but they need to know we can strike back in ways that will hurt, sanction the hell out of them and start attacking their cyber infrastructure would be a good start, then let’s cause some trouble in areas they are heavily involved in- Ukraine for starters

Won’t be long until out own pair of appeasers rear themselves insisting we must disarm otherwise we are warmongers.

Good info over on Gabrieles blog that 28 RE will become the new CBRN regiment from next year replacing the previous joint regiment stupidly cut in 2010. Assumed our current CBRN assets mitigate into the new formation.

Mike Saul. I applaud you sir. Utterly correct. It is time HMG reverted to defence posture 1. Rebuild our armed forces crippled by years of defence cuts and do it rapidly. Frigate factory + 13 type 26 and 8+ type 31s within the next 6 years but at lest 6 ships in next 2 years Face down resurgent Russia. Order a further 3 astute class Remove all Russian diplomatic mission from the UK and send them home, all of them in entirety. Stop all direct flights to and from Russia. Sanction the hell out of Russia, including all Putin’s known… Read more »

I worry we are inevitably heading to towards conflict with Russia, one way or another I fears it’s coming no matter our own actions or foreign policy ( unless it’s one of pretty much complete capitulation to Russian interests) Russian foreign policy is just not compatible with peaceful relations with other European nations. It’s views around Russian law being paramount for all ethnic Russians no matter where they live means that any nation with a Russian population risks some form of intervention by Russia(this was pretty much a nazi policy). It’s near abroad policy is right from the early twentieth… Read more »

This is the posturing of the Soviet Union writ large. Relationships have been worse between the UK and the USSR/Russia but now we have poison on the streets, local terrorism backed by ??? and cyber warfare but the British public are still absorbed and brainwashed by what they think is reality TV. Well, real reality is getting closer and it’s NASTY.
At the height of the Cold War our defence spend was between four and five per cent, and our economy wasn’t what it is now so come on Theresa…speak up and then pay up. WE NEED THREE PER CENT.

Don’t forget the foreign policy to back it up. I don’t think we have much choice but to get a lot more robust. This was a clear push at the UK. Is that because we are considered a weak link at present ? Politically a bit divided, priminister without a majority, defence cuts, week responses to diplomatic incidents and maybe just a bit more isolated that the rest of Europe. its a great time to give it a go, make a the preeminent European military power look weak and impotent, drive a wedge between the UK and EU countries (… Read more »

Right again. If there is a country on the planet that looks if it’s dithering and incapable of facing up to it’s defence needs it is sadly the UK.
To re use an old slogan we need to put the Great back into Great Britain and TELL the EU and the rest of the world what WE want and intend.

Yep, clear lines stop a lot of this kind of thing.

I agree totally. But.

Our politicians could never do that! Faaaaaar too un PC and would offend far to many.

They are more worried with what the EU wants than what the electorate voted for.

Besides, they don’t want to be accused of being “Nationalist” do they?
That would never do. After all, Patriotism, Pride, Standing up for your country, that is all for those damned “Little Englanders” innit?

Anyone find the US response a bit underwhelming ?

Let’s see the Russian formal response to bung named and shamed as a hostile act of force against our nation. This was the first ever chemical weapons attack against the UK something noone lest of all the left wing pacifists and Russia Today viewers should ever forget. It was indiscriminate and the perpetrators did not care about collateral damage to the town of Salisbury or its population. Time to rebuild, prepare and for our so called EU allies to show their mettle and correctly throw in their support with us. They will not do that as this is the EU… Read more »

If it was Russian Mafia with an unofficial nod from the Kremlin looking the other way how does one prove that?

If that scenario is true you probably can’t prove implicit involvement however, you can prove it was a substance that was manufactured by Russia, in Russia and they should have had control of it. So at best/worst depending how you look at it they’ve fudged up and lost some nerve agent. That is once it’s been proven the rest of the worlds stocks (if any) are accounted for. For me I would echo Mike Saul’s measures and add an immediate boost of the defence budget (as always) and send more troops to Estonia etc. Although I know they are struggling… Read more »

The Prime Minister has stated that the nerve agent involved with the attack is Novichok. It comes in a variety of flavours and gets progressively more dangerous depending on its nomenclature i.e. Novichok-7 reputed to be 5 to 8 times more deadly than VX! It can be delivered in many formats such as a liquid, vapour or powder, further it can be delivered as a binary agent whereby it can be split in to two relative benign parts and then combined at a later date for delivery. It was also developed to be nearly undetectable to beat the Inspections and… Read more »

So the US response so far seems to have been to sack Rex Tillerson, was this for supporting the U.K. position a bit to strongly.

I hope not,Russia may just get what it wants, Which is showing NATO up as a paper tiger no longer able to react to modern methods of state on state conflict.

There are plenty of barracks even closer.

LOL. Who says the SAS are at Blandford? Its mainly full of Royal Signals soldiers doing phase 1 and 2 training. 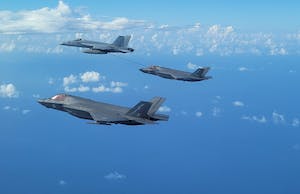