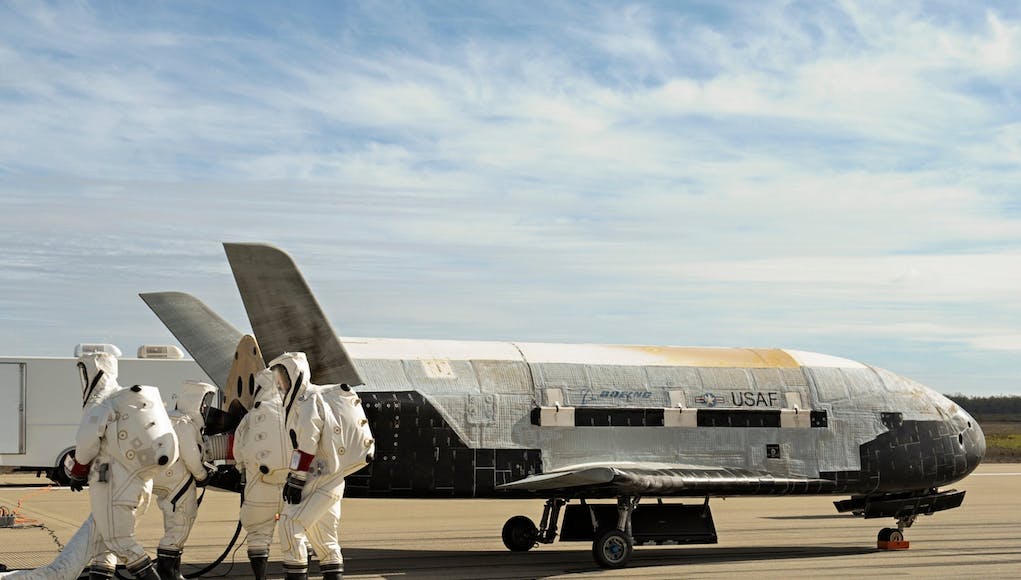 The US Air Force announced Tuesday that the next X-37 mission will launch in August aboard a SpaceX Falcon 9 rocket.

The launch agreement will use a Falcon 9 rocket to lift one of the US Air Force’s two Boeing-built X-37B spaceplanes. Air Force Secretary Heather Wilson disclosed the service’s launch plans for the fifth X-37B mission during a Senate Armed Services Committee hearing Tuesday.

The X-37 began as a NASA project in 1999 before being transferred to the US Department of Defense in 2004. It conducted its first flight as a drop test in April 2006, at Edwards Air Force Base, California.

The spaceplane’s first orbital mission, USA-212, was launched in April 2010 using an Atlas V rocket. Its successful return to Earth in December 2010 was the first test of the vehicle’s heat shield and hypersonic aerodynamic handling. A second X-37 was launched in March 2011, with the mission designation USA-226; it returned to Earth in June 2012.

In November 2016, the International Business Times stated that the US government was testing a version of the EmDrive electromagnetic microwave thruster on the fourth flight of the X-37B. In 2009, an EmDrive technology transfer contract with Boeing was undertaken via a State Department TAA and a UK export licence, approved by the UK Ministry of Defence. Boeing has since stated it is no longer pursuing this area of research.

The US Air Force has stated the X-37B is testing a Hall-effect thruster system for Aerojet Rocketdyne.