The Spanish P-3 Orion flew into the territory’s airspace on Friday, the government of Gibraltar said in a statement. Gibraltar has accused Spain of “deliberately causing problems”.

However, the aircraft did not follow its expected flight profile and, as a consequence, ATC designated the aircraft as unknown traffic, which requires that the aircraft is separated from other traffic by either 5,000ft or 5 nautical miles.

“It is no secret that Spain has been deliberately causing problems for Gibraltar at our border and through its incursions into British Gibraltar Territorial Waters.

Today’s incursion into Gibraltar’s airspace, in the middle of a busy day when several civilian flights were scheduled to arrive and depart from the Gibraltar International Airport, takes the Spanish harassment of Gibraltar to new heights.

It is completely unacceptable that the Spanish military have interfered with the movement of civilian aircraft in this dangerous manner. Gibraltar International Airport is an extremely busy base for civilian passengers who are significant contributors to the tourism economy of the campo area.

Delays caused by the politically-motivated manoeuvres of the Spanish military are intolerable but thanks to the swift action of Gibraltar’s Air Traffic Control, delays were the only consequence. Today’s incident could have ended much worse.”

A British Airways aircraft scheduled to depart from the territory at 11:50am was therefore delayed and held for 8 minutes on the Runway until Gibraltar ATC were certain that the Spanish Military aircraft had left the area, assuring the required separation during the departure of the BA aircraft. 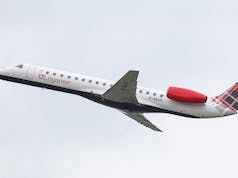 Sabre rattling by Spain who sense the UK is distracted and weak. should generate a strong response like sending one of our MPA to overfly madrid oh wait a minute we have not got any.

But they are on order Sir.

… but we have plenty of strongly worded letters! That otta do the trick!

Pity we dont have any land bases anti ship missiles. We could still station rapier there though.

Spain is supposed to be our ally. If this continues we should lock on ready to fire and demand talks.

I voted remain, still believe that Brexit is stupid but this is just nonsense.

Unfortunately John. Brexit has nothing to do with this flight incursion. Military flights and illegal military and Guardia civil (National Police) shipping incursions have been happening since Spain joined the Common Market (as was). Mainly caused by the PP party that is in Government at the moment. The majority of Spanish don’t give a hoot. But some of the ministers in the PP have similar thoughts and actions to our BNP party.

This is pretty stupid. Even if saber-rattling against the UK was “justified”, I doubt the other EU-26 members will be too impressed, nor the other members of NATO. Spain was the 3rd country to join the 12 founders of NATO in 1982.

Brexit is one thing, the security of the EU quite another.

I personally am not impressed.

Escalating response. 1. Permanently park a major unit of the Royal Navy in the bay of Algeciras and every now and then just creep over the Spanish side of the border and see how they like it. 2. Conduct a major Royal Navy exercise including landing ships near the Canary Islands. Remind them of our capabilities. 3. Start major land reclamation projects around Gibraltar with the aim of expanding Gibraltarian territory into its EEZ which is internationally recognised via UNCLOS but not accepted by the Spanish. 4. Nuclear option. – Incorporate Gibraltar permanently into the UK with full devolved powers.… Read more »

Option 4 sounds attractive, but it would involve a transfer of sovereignty. The Treaty of Utrecht states that, if sovreignty is to be transferred it must be offered to Spain first.

We are responding appropriately – challenging them with our tiniest patrol boats, halting air traffic for a few minutes until the P3 has departed, etc. These are our friends. We are not going to fight Spain.

Is this how so-called friends & allies are supposed to act?

Spanish are our friends ? SMH. Wake up to reality, continental Europe is full of smiling assassins who have been undermining our national interests for decades and we have responding like a drunk having his pockets picked, smiling like a gormless idiot. To use a phrase that my young daughter would use, they are at best “Frenemies”.

Lots of poking going on, don’t make the Lions roar…

Spain should give Cueta & Melilla to Morocco.

In the end Spain in our ally so we don’t want to do anything too strong.

We could do with moving a few typhoons there and next time giving them a helping hand to find there way out of our airspace.

Hmm agree Spain is acting hot headed and not really acting like a sensible friend or ally. maybe NATO secretary general needs a quiet word. If this continues I would deploy some of the new land based CAMM air defence system to Gibraltar and next incursion lock onto the SAF incursion. follow that up with a formal warning. Then if there is another occurrence yes you might have to shot the plane down. Spain and the whole EU is not acting like our allies at this time. Which is sad as I never wanted BREXIT but if you live in… Read more »

Easy Mr B…
Ways to make it known we won’t be threatened without shooting down planes 😉
Ageed, Junker winding up the Brits will very quickly backfire and he should vacate the role quickly.

We should do Options 1,2&3 as a matter of urgency. Spain needs to see that we are not going to stand for this. We don’t want it, nor do the Gibraltar people.

Option 4 sounds appealing but the sovereignty impacatikns seem to render this an option of last resort.

I do like the idea of asking the NATO Secretary General to have a word. While he’s at it, he might like to talk to Turkey about working out deals with Russia and Iran over Syria. NATO needs to be more cohesive.

Perhaps it’s time to station some surface to air missile batteries on the rock and flight of british army Apache helicopters (armed) and conduct some live firing exercises. Also perhaps one the new Royal navy’s new river class patrol vessels. These spaniards are like troublesome fly, they need to swatted! good and hard!!!

What would be good would be to try and arrest one of the boats illegally entering british waters and make a big media deal out of releasing the sailors minus there boat back to Spain.

Great idea – we’ll need a bigger boat in Gib tho ?

Fair enough Ian..was just jesting. Would like NATO secretary general to have a quiet word though to remind Spain and EU we are allies.

:o) It’s what happens though when people take the piss, the other side gets angry – which is why it’s so darn irresponsible

Surely it makes sense to have four Typhoons stationed there like the Falklands, not just for scenarios like this but strategically for the med and North Africa.

Gibraltar is one of our most important overseas territories and it’s shamefully undefended, them two patrol boats are a joke, what are two GP machine guns going to do, Somali pirates are better equipped, there needs to something more substantial, maybe not OPV big but something in the middle like the MK4 safe boat and a fighter or four for air defense.

Storm in a tea cup as usual. Let Spain play their games. Nothing changes!!
The UK is still there, using the rock for Surveillance of the straights, tapping cables and for Signals Intelligence over North Africa. That is its true worth.
All this talk of putting Typhoons there is wrong. Air Defence against whom? That will play right into the EU’s hands. Spain and the rest of Europe are not enemies. The UK is in charge. And save an act of war on Spain’s part the UK will still be in charge tomorrow.

Richard Cooper is wrong about sovereignty under the Treaty of Utrecht. Article X is the relevant clause: “The Catholic King [of Spain] does hereby, for Himself, His heirs and successors, yield to the Crown of Great Britain the full and entire propriety of the Town and Castle of Gibraltar ……and he gives up the said propriety, to be held absolutely with all manner of right forever, without any exception or impediment whatsoever……..And in case it shall hereafter seem meet to the Crown of Great Britain to grant, sell or by any means to alienate therefrom the propriety of the said… Read more »

Unfortunately these minor incursions may lead to a serious mistake on the part of a Spanish pilot or naval officer.I have experienced many years ago an encounter with a Spanish gunboat whilst pleasure fishing off Caletta,in uk waters.They can be very threatening when aiming GPMG at you.The small patrol boats that are there cope admirably but a medium size vessel would help to allay the populations fears that an incident may occur which would have very serious consequences.It only takes one zealous fanatic to start the ball rolling no matter what nationality they are.Will the government then say “we should… Read more » 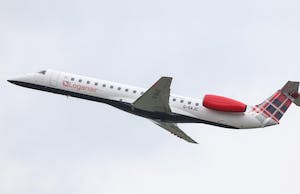