The MoD plan to have three P-8 Maritime Patrol Aircraft in service by 2020 it has been revealed.

The P-8 Poseidon, developed by Boeing, is designed to conduct anti-submarine warfare, anti-surface warfare and shipping interdiction, along with an electronic signals intelligence role. This involves carrying torpedoes, anti-ship missiles and other weapons.

The following information comes from this response to a written question on the 21st of December 2015.

“The Ministry of Defence is currently engaged in detailed negotiations on the Boeing P-8 Poseidon Maritime Patrol Aircraft. As the Prime Minister announced to the House on 23 November 2015 (Official Report, column 1059), we intend for at least three of the aircraft to be in place by the end of the Parliament.”

Additionally, it was reported earlier in the year by various sources that the UK is looking at having two US Navy P-8’s, with British crews, operate from the UK in order to bridge the gap between now and when the first P-8’s enter service.

The UK will order 9 Boeing P-8 Poseidon aircraft to be based at RAF Lossiemouth in Scotland.

According to the US Navy, the aircraft in US service carries lightweight Raytheon Mk54 anti-submarine torpedoes. It may also carry other torpedoes, missiles, free-fall bombs, depth charges, mines, or sonbuoys in its weapon bay. Air-to-surface and air-to air missiles, such as Harpoon anti-ship missiles, SLAM or AGM-65 Maverick land attack missiles, and AIM-9 Sidewinders or AIM-120 AMRAAMs will be carried on the under wing hard-points.

It has been speculated that the UK may elect to integrate Storm Shadow on the aircraft, as it had planned to do with Nimrod prior to the cancellation of the aircraft. 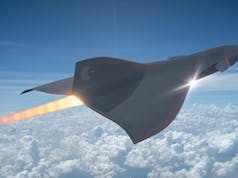 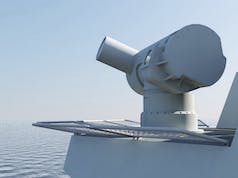 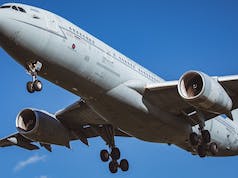 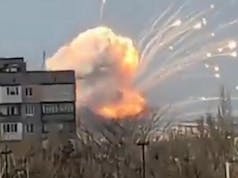 What Maritime Patrol aircraft are the RAF using at this moment?

The first is expected to be in service in 2017 with US owned by UK crewed aircraft filling the gap.

Very short sighted of the government to scrap nimrod without considering a replacement. Leaving us in a situation where we have virtually 0 maritime surveillance capability….and we trust these people to make important decisions, what a monumental fuck up!

It is the same with the ole Harriers…:(

Oh god, not the harriers again

Yeah, who needs aircraft for aircraft carriers? Oh yea, we do.

We had to choose between the Tornado and the Harrier – we chose the Tornado (a good choice).

We’re getting them. Sometimes dealing with the public is tiresome.

I know uk defence journal, all these members of the public commenting on your public posts on social media. It must be tough on you ??

It was announced by Philip Dunne to Parliament earlier this month that our first P-8’s would be identical in specification to U.S. Navy ones with no modifications whatsoever. Does this mean that all it’s weaponry will be of American manufacture of the types you have just listed, including air to air and air to surface? If so, then there is no reason not to upgrade Harpoons to Block II and also fit them to our Type 45’s etc.as well as initially putting AIM-120’s on the F-35B.

So we getting a US Navy P-8 till we get ours then?

And they can’t be refuelled in flight because of a cock up! Brilliant, bring back the Nimrods.

I really wish people would stop taking defence news from the Mirror, the P-8 has sufficient range to carry out what it’ll be tasked to do both around the UK and globally, hence why no aerial refuelling probe was deemed necessary for the UK aircraft however, if it proves to be needed then they can easily and quickly be fitted, the aircraft are already “plumbed up” in-case.

Well I am an old Crab as well and shouting helps no one. This site provides very sound info. and adds some incisive comment. Now I don’t agree with all of it but I do give it respect. Personally I think the MRA4s were bloody useless and there was more emotion than fact attached to the programme. 9 years late for glorified Comets? And lest we forget the MR2 that crashed in 2006 was called ‘unfit for service from when it was delivered 40 years ago’. (Oxford Coroner). I said it before and say it again we should have bought… Read more »

Current RAF here, Rob, and really it is only semi-BS – like the C-17, for us the range is good.

Its a case of do we want 9 sooner, or 6 or so some years down the line after we pay for and trial and probe for what is deemed at the moment a “nice to have” capability.

Ironically, the core mission system on the P-8 is derived from the same Boeing design that was being integrated on the Nimrod MRA.4s. Those mission systems were subsequently stored and might be exhumed and updated for the new P-8 program.

No point beefing about Nimrod. Nimrod is dead, was a death trap, was ten years late and a billion overbudget and still nowhere near ready.MoD lost control of the project and BAe took the micky.

Its dead. Let it go for heavens sake.

It’s a solution to a problem that should never have existed. UK sensitive waters need to be protected at all costs. Best ways, MPA, SSN and Towed Array Frigate.

Looks like we’ll have to carry on using fishing boats as our ASW for a bit longer then….

They will still probably enter service before the Nimrod mr4a could have been ready.

No Nimrods,no Harriers,no Vulcans,no Spitfires,no Sopwith Camels. Oh dear. I swear that if all the moaners had their way we would still be using stagecoaches and carrying lanterns! Give it a rest!

It’s embarrassing for our armed forces for what the suits have chosen to do with it.

Borrowing a bunch of P-8’s and even tug boats from the Dutch for the Falklands is a cracker if you ask me.

The UK Defense Journal is not the government. It presents information which you don’t get in the mass news market. Give’em a break.

For all the Nimrod and Harrier fans. Here is a bridge ….. get over it people!

Japanese equivalent purpose built and half the price? Did we buy these converted Boeing airliners from the guy that sold us the fifty-year-old C 135’s? 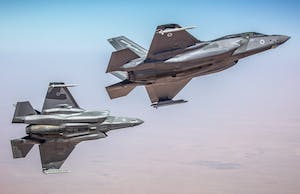