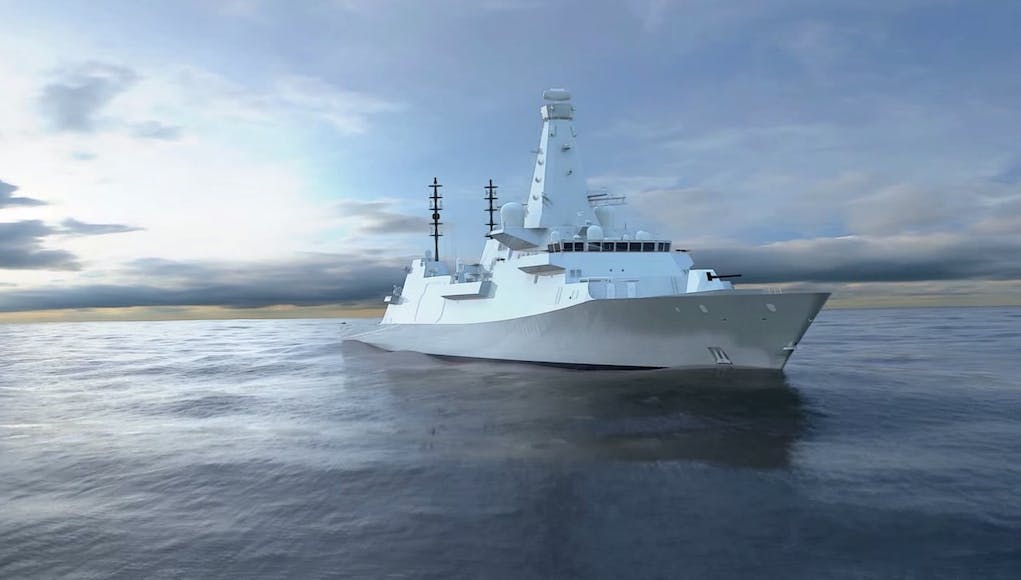 Parliament has been assured that the Type 26 Frigate fleet will not suffer the same propulsion issues as the Type 45 Destroyers.

The propulsion system of the frigates will have a gas turbine direct drive and four high speed diesel generators driving two electric motors in a CODLOG configuration. In 2012 Rolls Royce repackaged the MT30 used in the Queen Elizabeth class aircraft carriers so that it would fit into smaller ships, the Type 26 will use the MT30 a different engine than the one used by the Type 45’s.

In June, the MoD admitted that the Type 45’s were breaking down because the Northrup Grumman intercooler could not cope with the warm waters of the Gulf. Manufacturers Rolls-Royce of the fully functioning, non-problematic turbines said that the intercoolers for the WR-21 had been built as specified, but that conditions in the Middle East were not “in line with these specs”.

Type 26 is not expected to have these issues at all.

“To ask the Secretary of State for Defence, what steps he is taking to ensure that the Type 26 frigate will be able to operate across the full range of climatic conditions in which the Royal Navy operates.”

“The Type 26 Global Combat Ship will be designed for joint and multinational operations from the tropics and Arabian Gulf in the summer to the sub-Arctic. The ship’s design will accommodate a broad range of environmental conditions to deliver a globally deployable ship throughout its planned life.

I am withholding further detail as disclosure would, or would be likely to, prejudice the capability, effectiveness or security of the Armed Forces.”

The Type 26 is due to replace the navy’s ageing fleet of 13 Type 23 frigates.

when are we supposed to get the type 26,as my understanding of it all was the type 31 is going to get built first but only when parliament stop arguing about the value for money issue..

Warm water? It won’t make any difference what the temperature is if the hulls never get in the water!

Also-it isn’t just warm water that is the problem-what about HMS dragon having to cancel it’s visit to Wales after engine problems in very cold water!!

Another thing-saying the Type 26 won’t break down in warm water-as though it is some kind of special feature to attract sales!! Unbelievable! most of you will be too young to remember Benny Hill’s Schweppes advert-“Schweppes Tonic Water will not harm the inside of your piano!”

Make it a gas job not generators for propulsion

It will be. Design is for Rolls Royce MT30 gas turbine, the same ones used in the Queen Elizabeth class carriers. In fact, even though the ship itself seems nowhere near cutting first steel, the first MT30 is ready and has been formally accepted by MOD! All we need is a hull to put it in now.

How about not breaking down at all

Kind of moot, these vessels are vapourware.

I don’t know how they can say that. Of course it won’t be designed to break down in warm water, but nor is anything else

Yeah but the same dude said yesterday that the T45 was designed for every climate. Apparently he didn’t consult with Rolls Royce before making that claim.

I would not like to see Type 23’s sold off or scrapped as they are steadily decommissioned. In stead, I would recommend that these ships are kept in moderate readiness, using the latest storage system technology. Type 26 will possibly match the original numbers of the Type 23, but budget pressures will no doubt play a part in the final fleet. As for the lower cost option fleet, we will have to see if it happens at all. Holding at least ten of the Type 23’s in reserve means the RN could possibly field up to 20 frigate hulls, if… Read more » 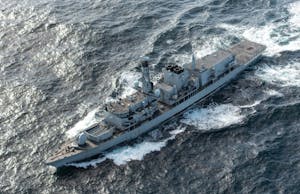