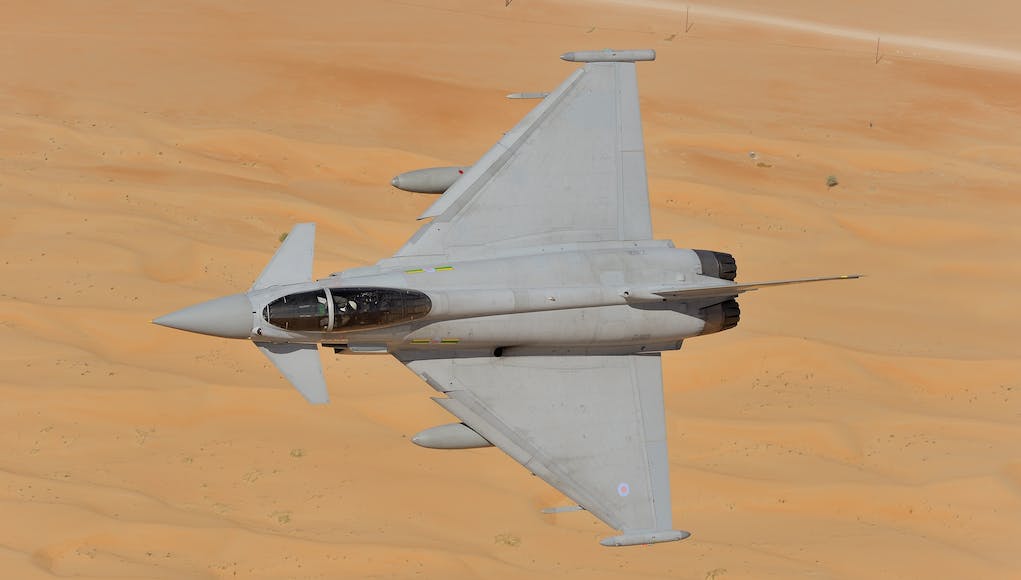 A number of secondary explosions ensued, most likely from stored ammunition. The next day, Typhoons operating over the same area north of Mosul conducted successful attacks with Paveway IVs on a further three tunnels.

An excavator preparing defences nearby was also destroyed.