Eurofighter’s CEO has reportedly welcomed a report by the Royal United Services Institute think tank as ‘positive and encouraging’ according to various news outlets.

The report by Justin Bronk, found here, states that,

“The Eurofighter’s combination of high thrust-to-weight ratio, maneuverability at all speeds, 65,000-foot service ceiling, supercruise capability, powerful radar and large missile load ensures that it outclasses any currently operational fighter aircraft in the world with the exception of the US F-22 Raptor.”

The report also claims “Typhoon will provide the backbone of Europe’s combat air power for at least a decade on from 2020” and, if investment is continued, will be “more than a match for any enemy aircraft well beyond 2030”.

“We believe this report is positive and encouraging because it makes such a strong case for the aircraft. It also demonstrates the value of investing in Eurofighter which is a long-term investment in the defence and security of those nations who operate our combat aircraft. Recent investments in the Eurofighter Program around E-Scan radar, Brimstone, Storm Shadow and Meteor missiles and new launcher systems, have all been well-received.”

Good article, I would like to know what other future enhancements are planned? I have seen things like the “typhoon 2020” with conformal fuel tanks, thrust vectoring etc just wondering if this stuff is just a mock up or actually going to be implemented? Thanks! 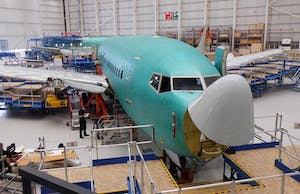