Home Air Typhoons and Gripen jets train together in Hungary 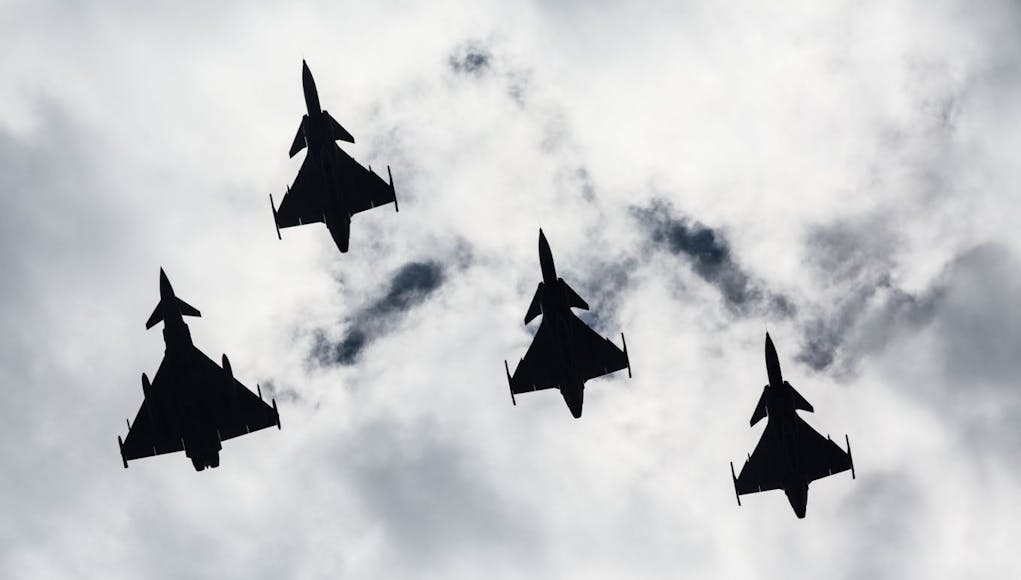 This is reportedly the first time Royal Air Force Typhoon and Hungarian Gripen jets have trained together in this way and it aims to strengthen a growing defence relationship between the UK and Hungary.

Gaining first-hand experience of working together will lead to a better understanding of capabilities and increased cooperation in the air and among ground crews.

“We have two Typhoon jets and there are quite a few of the Gripens so every day we are looking to do a pair in the morning and a pair in the afternoon, both visual combat and beyond visual range work.

“I have been delighted to hear how well and how smoothly our air and ground crew have worked together this week. I really believe this personal experience and the friendship formed during events such as Flying Sword really do contribute to the future success of our military relationship.

The UK is keen to deepen bilateral and regional cooperation with our NATO allies, our commitment to the NATO enhanced Air Policing reassures our allies that we stand by our NATO commitments and our commitments to European security. It also gives a great opportunity to train together, to practice together, to learn from each other and to get to know each other.”

The MoD say that the RAF Typhoons of 1 (Fighter) Squadron are currently deployed to Mihail Kogalniceanu Air Base, Romania, to conduct Enhanced Air Policing from July to August 2018, as a part of NATO’s Assurance Measures introduced in 2014.

It would be interesting to know what the RAF team makes of the Gripen when they fill in their reports. Meteor will need Sweden (and Italy among others) to happen and a few Gripens might be useful as part of the deal as well as very handy as a Hawk replacement and genuine combat aircraft.

Would certainly boost combat units if the (R) Hawk Squadrons and 100 Squadron could augment in war.

But what about the costs of operation vs a Hawk?

“Meteor will need Sweden (and Italy among others) to happen”

I do not understand what you mean.
Gripen already have Meteor integrated.

As far as I know Meteor is already operational on Swedish Gripens,i have thought for a long time the Gripen would be quite useful for the RAF,potent enough,uses some of the same weapons in the UK inventory,cheap to operate,deploy and maintain.A perfect fleet would be Hi(F35b) Medium(Typhoon) Low(Gripen) but as we all know it all boils down to funding.Im not sure what the Red Arrows will eventually get but another order for Hawk T2 would be my guess.