Home Sea U.S. Navy to use drones for cargo supply at sea 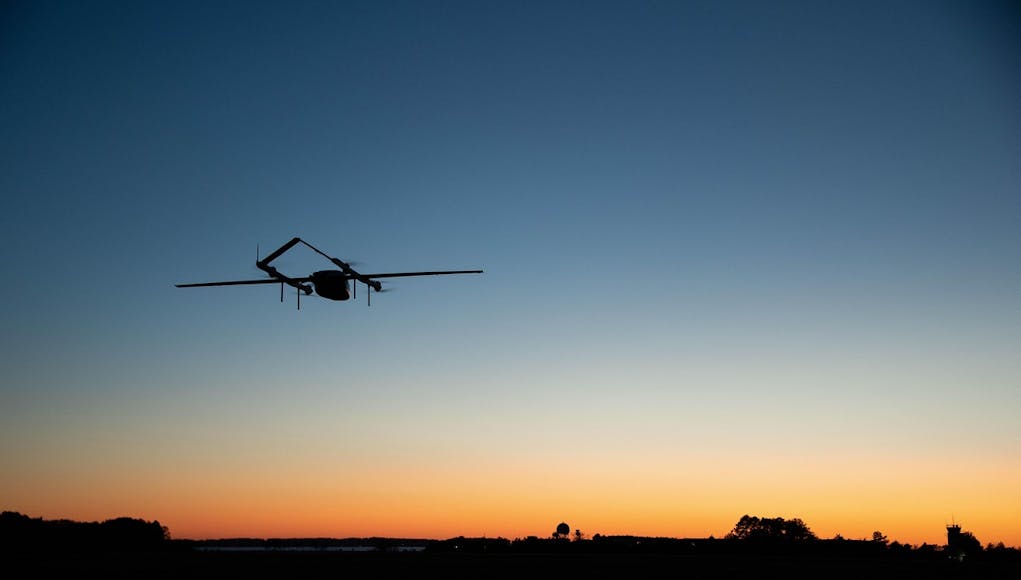 The Blue Water Maritime Logistics UAS will be used to deliver electronics parts or assemblies that weigh less than 50 pounds to warships.

“The Blue Water logistics UAS will be further developed and tested by the Navy, for the Navy,” said NAWCAD Commander Rear Adm. John Lemmon.

“This requirement is unlike other cargo requirements that online retailers like Amazon are exploring,” said Blue Water’s project lead, Bill Macchione.

“Naval cargo transport requires vehicles that can successfully operate through difficult environments that include heavy winds, open water and pitching vessels at sea.”

NAWCAD say that historic data from U.S. Navy casualty reports show that warships that move to non-mission capable or partially mission capable status often do so due to logistics-related issues like electronics parts or assemblies – 90 percent of which are logistical deliveries weighing less than 50 pounds. Currently, tactical aircraft like the H-60 helicopter and V-22 tilt-rotor aircraft fly these missions.

The platform’s arrival to NAWCAD’s unmanned Air Test and Evaluation Squadron (UX) 24 is the start of civilian and military training, and subsequent system development will better meet MSC’s requirement.

“NAWCAD intends to work with the contractor to create a better fit with the environment where it could potentially operate,” said Macchione.

“We’re excited to get to work on such innovations as folding wings for better handling and ship storage, a dual propulsion system that runs on both electricity and JP-5 [fuel], an internal versus external cargo capacity, and an automatic dependent surveillance broadcast identification system.”

Once NAWCAD fine-tunes the system, Blue Water will head to the Atlantic for experimentation with the fleet through most of 2021.

A good analysis of data and an efficient solution. We should do the same. For example:
• Defeating soft targets with Reaper + LMM, instead of Voyager and Typhoon + Brimstone.
• Installing 5t RAS kit on the QEC just because that’s how heavy an F35 engine is without challenging how infrequently this will be done and carrying a spare engines or two on the carrier itself.

Also some Schiebel S-100s. Can carry loads up to 50kg, can be armed with LMM and Radar etc. Add it containerised to rivers, and store few on carrier and also as secondary+ helps on T45,T26 etc etc

They can carry twice the payload of the US UAS mentioned in the article above? That certainly puts my interpretation of the article in a different light.