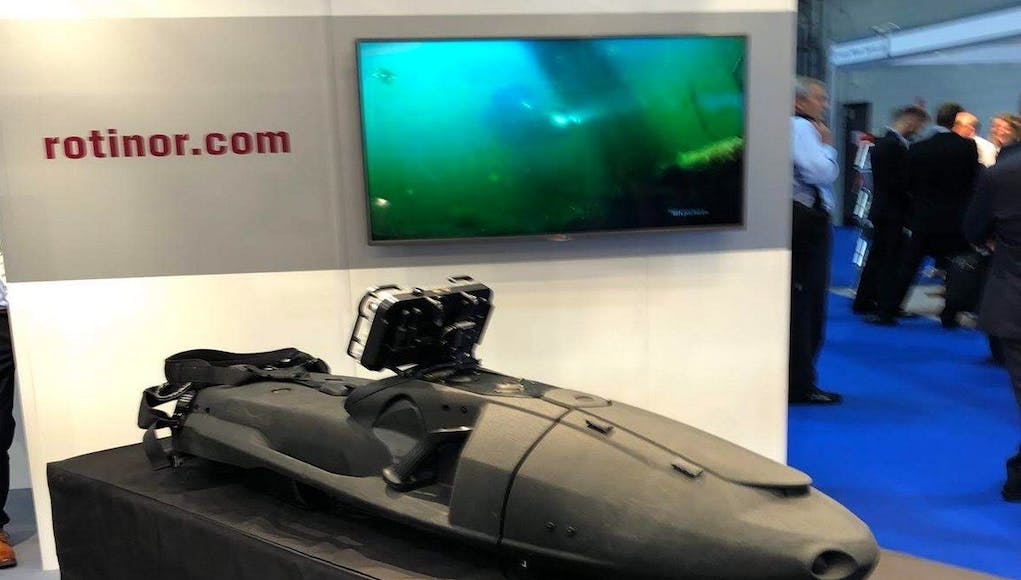 The Black Shadow is an ‘extreme high-performance’ diving scooter for “professional purposes” and wa son display at UDT 2018 in Glasgow, where we had a look.

The company say that the system is virtually silent and the propulsion is emission-free, based on the principle of water displacement. Water is sucked in by the powerful rotating impeller and forced out in the jet channel under high pressure.

All steering and diving manoeuvres are carried out simply by shifting the weight of the body. The specially developed harness system enables the operator to easily control the enormous thrust of over 70 kg say the company. 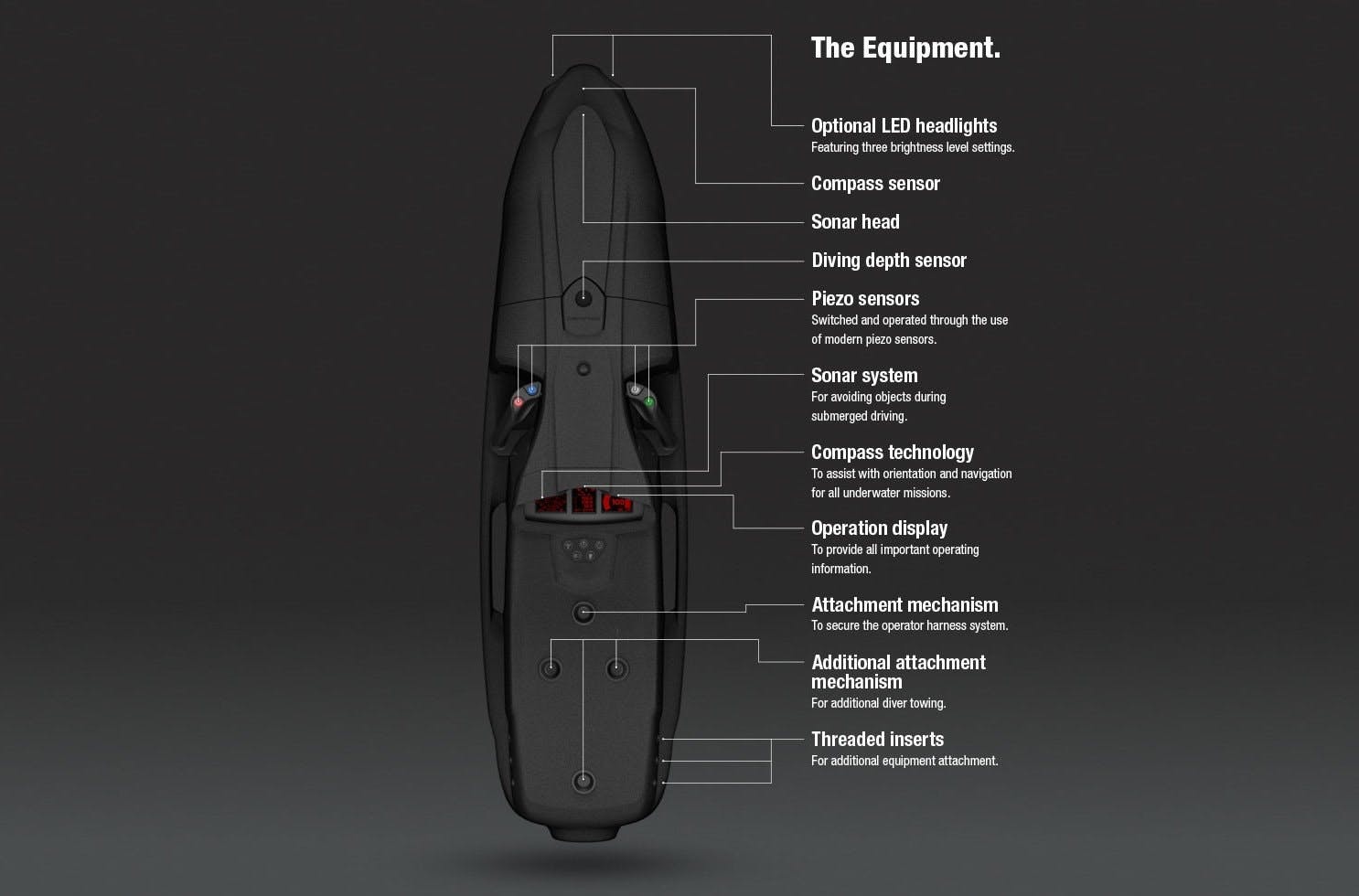 “The central cockpit is placed perfectly in the operator’s field of vision. The illuminated TFT displays show all relevant data relating to the operation such as the current power, accumulator charge state, remaining operating time, diving depth, water temperature and current time. Moreover, the RBS is equipped with state-of-the art navigation and sonar technology.

The sonar display provides current sonar images of the surroundings and informs the operator of any obstacles in the water. The activated navigation system enables the user to steer the RBS with ease by means of the digital bearing scale and target marker. If required, the powerful LED headlights with three brightness settings can be activated for special operation scenarios.”

how far can these go? What acts as the mothership?