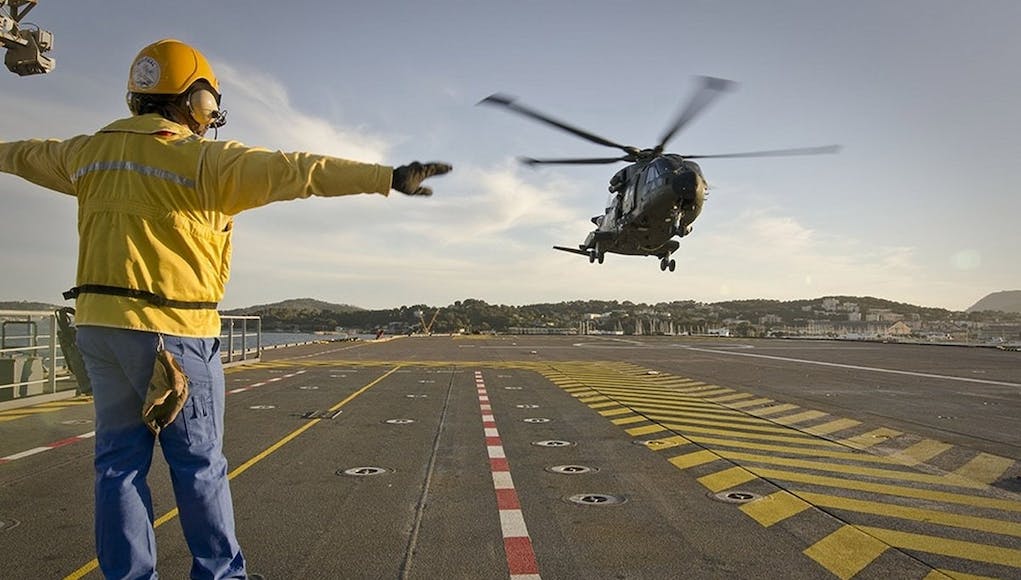 UK maritime forces have ‘reaffirmed the UK’s Defence ties with Vietnam’ during a visit.

Around 60 Royal Navy and Royal Marines are currently taking part in a five-month French naval deployment to the Indian Ocean and Far East, aboard French assault ship FS Mistral.

Minister of State for the Armed Forces Mike Penning said:

“Alongside French forces, our world class Royal Navy and Royal Marines personnel are flying the flag for Britain in Vietnam, one of our important partners in the region.

This deployment continues to show the flexibility of our Armed Forces to work with our partners, particularly with France, and contribute to international maritime security.

The UK continues to work globally alongside Vietnam, both of our countries contributing personnel to the UN peacekeeping mission South Sudan.”

HMS Ocean is being sold off early to the Brazilians for just £80 million, without replacement and yet this deployment onboard a French mistral class lphd demonstrates the clear need for this type of ship in a balanced capable navy.
Instead of allocating a £3 billion QE strike carrier to this role we simply have to find the required £500-600 million to build a purpose built replacement for Ocean. Ideally 2 lphd vessels that can be teamed up with Albion or Bulwark and the Bay class to make a capable ARG. 2 Hulls should guarantee 1 is always available.

I agree that there is a clear need to replace “some” of Oceans capabilities ie, a large hull that can carry some helos and troops. £500-600 million is still a lot of money when Types 26 & 31 still need funding (hopefully more than 13 hulls). As a cheaper alternative why not convert 2 of the Point class RoRos replace Ocean/Argus. Seal up the back door, extend the superstructure aft, add hanger under bridge and maybe some modular berthing below decks. Nothing fancy but we gain 2 auxiluarys capable of embarking maybe 6 Merlin and a few hundred troops. This… Read more »

RoRo conversion. A nice idea. Is your idea to plate over the forward deck between the front of the existing superstructure and the bow to create the flight deck with the hangar that you mention “under the bridge” having its doors facing forward for access to the flight deck? If yes then Wikipedia has the Points listed as 193m long and from the photos it looks as if about 40% – 50% of the ships length comprises the area that I think you have pegged for the flight deck. Assuming a conservative 40% used that gives a 77.2 metre (call… Read more »

Come to think of it another idea might be to accelerate and expand the MARS SSS program. The current plan is for 3 ships and the old concept drawings show what appears to be a 2xMerlin or 1xChinook flight deck plus 3xMerlin hangar. Some clever design to allow the hangar to overflow into a stores area if required should allow a 6 Merlin capacity if required and modular bunking in the stores area allow for troop capacity. The wiring glitch not withstanding the MARS tankers (Tides) seem to have been tremendous value. If similar cost-efficiency and speed (again, discounting the… Read more »