UKspace is working in partnership with the Royal Air Force (RAF) to develop a new Commercial Integration Cell (CIC) at the UK Space Operations Centre (SpOC), which will enable enhanced coordination of military and commercial space operations.

They say that the partnership will establish a CIC in the UK similar to that currently operated by the US Space Force at the Combined Space Operations Centre in Vandenburg, further improving interoperability between the allied nations in support of Operation OLYMPIC DEFENDER and national operations.

“In accordance with criteria agreed between the RAF and UKspace, member companies are either owner/operators of commercial satellites supporting MOD or service providers of operational space infrastructure and related systems. These companies within the CIC will share space-related information with the RAF team at the SpOC to improve co-ordination with regard to maintaining the safe and sustainable use of space. Under the current format, one CIC member company will assign a representative to be integrated within the RAF team at the SpOC to perform the co-ordination role for 12 months. The inaugural CIC representative is Charlotte Newton of Serco, who has previously worked as an analyst at RAF Fylingdales. At first, she will work to initiate and facilitate the symbiotic exchange of data and information between the commercial space sector and military space operations.”

Charlotte was quoted as saying:

“It is an honour to be given the opportunity of representing UKspace in taking the CIC in its infancy and working from the ground up to strengthen the relationship between UKspace and the RAF. I am excited to be working alongside my commercial colleagues and counterparts, and the personnel of the UKSpOC, to grow the CIC into a hub of effective communication and collaboration.”

“The connected nature of the Space Domain demands a collaborative approach with the commercial sector and our international colleagues. Under Operation OLYMPIC DEFENDER, the UK SpOC integrates into the allied coalition to contribute and provide a lead role in the protection and defence of UK and coalition space interests. The development of the CIC is the natural next step and we hope that the number of member companies will continue to grow to leverage best effect for the UK (Defence and commercial) and the coalition.”

“Space as a domain is becoming increasingly congested and contested. The CIC is an important capability which demonstrates the value of UKspace representing the sector and will enable closer ties between our organisation and the RAF. In addition to space operations co-ordination with relevant UKspace CIC member companies, our Security and Defence Committee will be leading on a separate Special Interest Group to enable wider industrial engagement. We look forward to supporting the RAF as this important capability develops over the coming years.”

I believe it it simply a part of the NADOC at the bunker at Naphill.

But yes! Fitting. Not a Star Treck fan myself, I’m more Star Wars.

Old Star Trek sucks but Patrick Stuart and the next generation series is good. The new Star Wars suposedly sucks, they went woke!

Agree. As for Star Wars, I’m of an age to have grown up with the originals, not the modern rubbish! Though one or two are better, like Rogue 1.

Thats just see if they make it so Mr Laforge.

I wonder if they have enough power Cap’n?

Make is so. lol 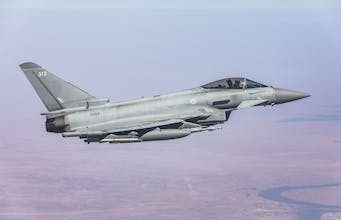