“NCSISS is a real success story for BAE Systems and provides essential support to the UK Royal Navy. Working in collaboration with QinetiQ and DE&S we have ensured the UK’s surface fleet is at peak operational performance and are pleased to extend that support to the nation’s flagship HMS QUEEN ELIZABETH and her sister ship HMS PRINCE OF WALES.”

“Extending the NCSISS arrangement to include the Queen Elizabeth Class aircraft carriers has provided a facility to test and assure new capabilities ahead of installation into the platform. BAE Systems’ role in supporting the Combat System Enterprise through NCSISS will enable agile Operational Support to this new Class of Warship for her current equipment as well as de-risking the addition of the new systems and equipments planned in the near to medium term.” 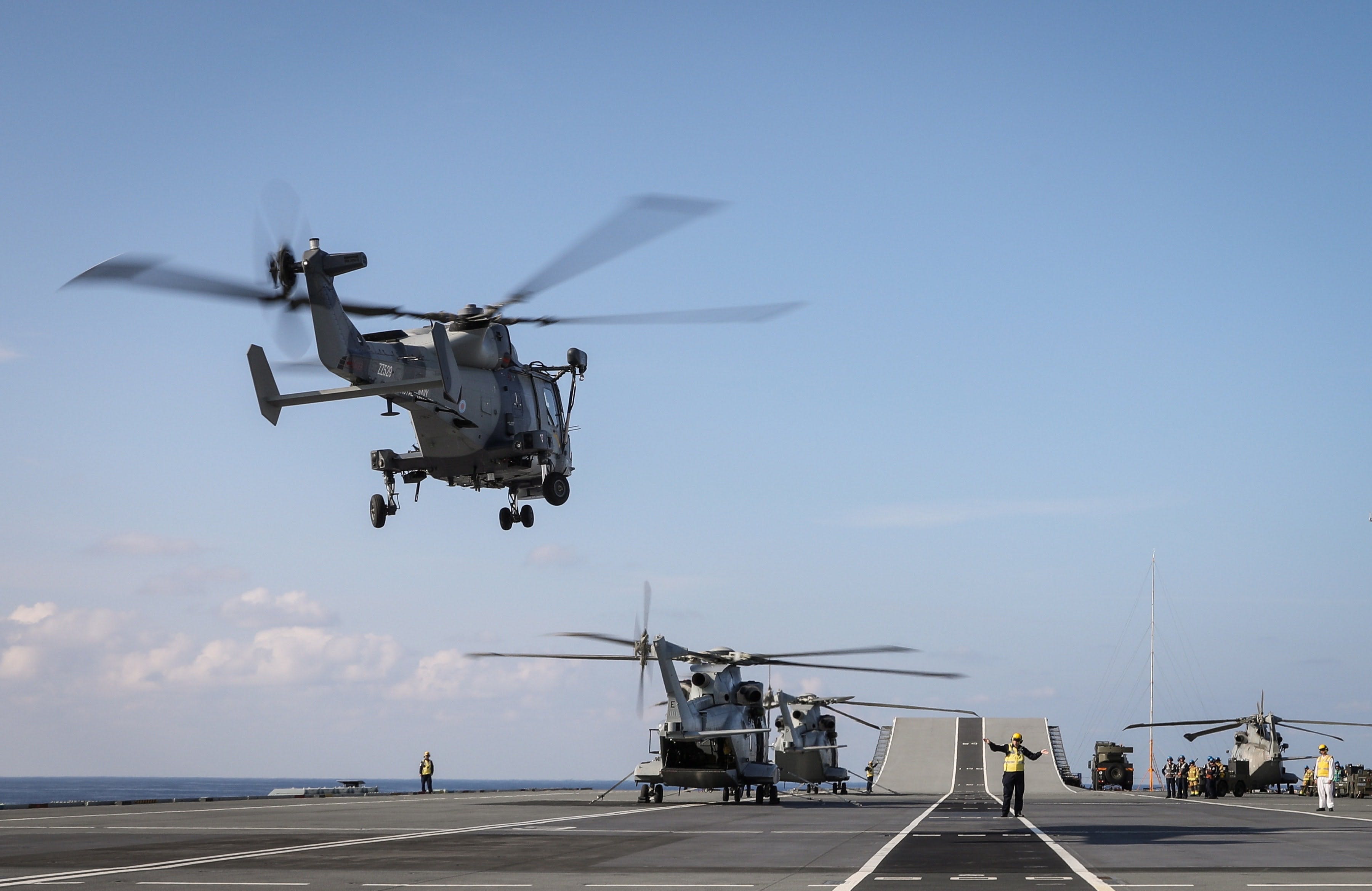 “Under the new agreement, known as NCSISS phase 2.2, both ships’ mission systems will be supported by engineers based at BAE Systems’ Maritime Integration Support Centre (MISC) in Portsmouth. From this dedicated support facility BAE Systems ensures the systems that enable both HMS QUEEN ELIZABETH and HMS PRINCE OF WALES to effectively carry out their operations fully optimised wherever they are in the world.

The MISC has supported the QEC aircraft carrier programme since 2009 and played a vital role in preparing HMS QUEEN ELIZABETH for her first of class flight trials. Opened in 2004 the MISC replicates key combat system equipment found on Royal Navy warships, providing them with shore integration services and support for their deployments across the globe.

As well as supporting in-service platforms NCSISS also includes support for future platforms such as the Type 26 Global Combat Ships being built by BAE Systems in Glasgow. Equipment testing for the first City class Type 26, GLASGOW, began at the MISC in July 2018.

Windows XP to be upgraded…..

Why would it need to be?

I didn’t so much…

It’s often the case on this Site.

The Windows XP myth was put to bed many moons ago.

We should have enough to comfortably fit 30 on the carrier and then have enough for operations from land-based airfields. 60-72 (5-6 squadrons) frontline aircraft. That should also be doable from the 138 total if the government pulled the finger out and ordered them quicker to have them all in stock. Another 30-40 would be a welcome addition.

It provides an integrated strategy to manage the doubters and improve public opinion on its worth by projecting pictures onto the cloud base of what systems it could be fitted with…. If we really wanted to.