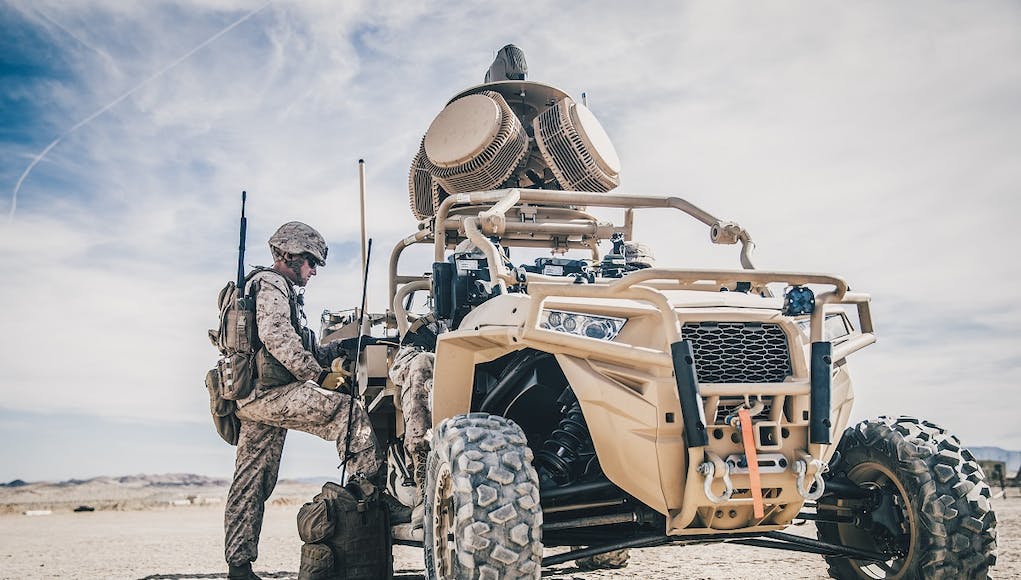 A directed energy weapon prototype is now in the hands of the US Marines.

The Compact Laser Weapons System—or CLaWS—is the first ground-based laser approved by the US Department of Defense for use by troops on the ground.

“This was all in response to a need for counter unmanned aerial systems to take down drones,” said Don Kelley, programme manager for Ground Based Air Defense.

“We developed a CLaWS prototype for Marines to use and evaluate.”

In recent years, the US Defense Department has assessed directed energy weapons—more commonly known as lasers—as an affordable alternative to traditional firepower to keep enemy drones from tracking and targeting troops on the ground.

CLaWS is not intended to be a standalone system for the US Marines to use to counter enemy drones. Rather, if the prototype continues to do well in the current research and development phase, it will serve as a component to an overall system used to counter drones, according to a release.

“We’re providing CLaWS to Marines as a rapid prototype for evaluation,” Kelley said. “Depending on the results, CLaWS could become part of a larger capability set.”

As US Marines evaluate the CLaWS systems over the next few months, the programme office already has their next target in mind: upgrading it.

Depending on the results, the programme office says it could incorporate the CLaWS into other fixed-site and mobile counter UAS capabilities.

Yes, you would think any major tank upgrade to last well into the 2030’s would include a defensive laser weapon. The more I think about it the more I have the opinion we should just spend the upgrade money on developing a clean sheet design with all the key modern and future tank features incorporated or wired for.

Agreed with T.S, very much so, with an increase in the number of Apaches short term. The perfect programme for the new BAE partnership I would have thought?

I would hope that consideration has been made for incorporating such technology as and when perfected. However I am not aware of any such weapons being ready to deploy generally as yet let alone tank incorporated systems which would have to be very different to what is being demonstrated here and to note only in prototype form, to test what final form systems or groups of systems of this nature should even take. I would have thought specialist mobile vehicals such as shown here will be the norm for many years to come as they will need to behave in… Read more »