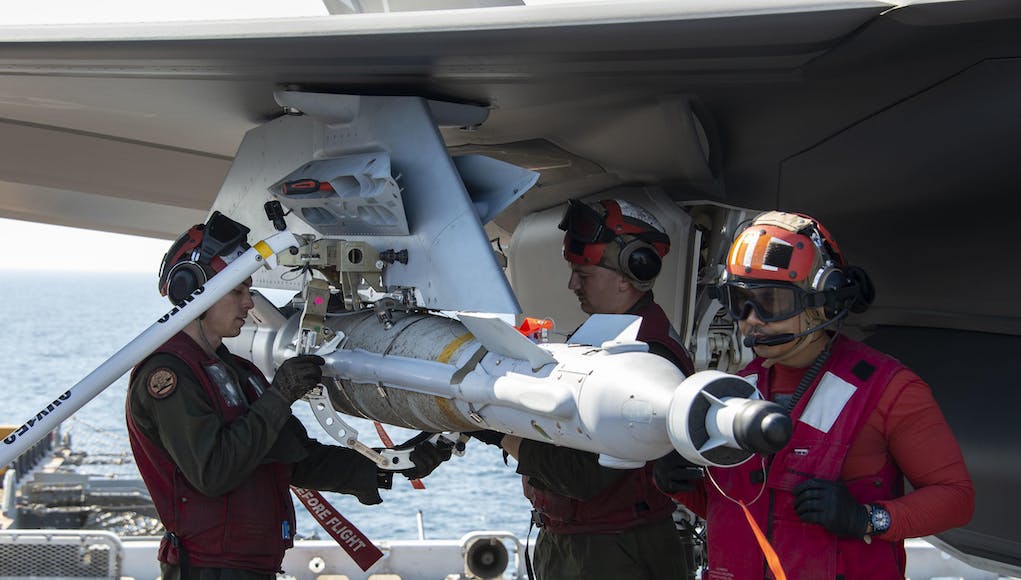 It is understood that when the US Marine Corps chose the Guided Bomb Unit (GBU)-49 weapon system for the F-35B (the same variant used by the United Kingdom), they needed a piece of modified support equipment to load the weapon onto the aircraft, according to a news release on this story.

“The GBU-49 provides new capability that will enable the F-35B to engage moving ground targets. However, the conduit on the GBU-49 did not fit the current weapons loader, until a team from NAWCAD Lakehurst modified the adapter, the ADU-894A/E, and delivered it to the Marines Corps on schedule in November.”

“The teams at Lakehurst and Patuxent River, Maryland, did a fantastic job in finding a solution to a fleet problem quickly,” said Kathleen P. Donnelly, director of the Naval Air System Command (NAVAIR) SE and Aircraft Launch and Recovery Equipment (ALRE) engineering department in the release.

“Their hard work and ingenuity has led to an increase in capabilities and improved lethality of our forward deployed Marines.”

In February 2018, the NAWCAD Lakehurst Airborne Weapons Support Equipment (AWSE) branch was tasked by the NAVAIR Direct Attack Weapons program office to develop an adapter that could not only provide loading capability for the GBU-49, but for all MK-82 bombs to be loaded on the F-35B.

The goal was to develop, test, build and deliver the adapters within nine months.

The team designed a modified adapter in their lab, and worked with NAWCAD Lakehurst’s Prototyping and Manufacturing Division (PMD) to build a prototype that they have now tested and report that it works.

The Lakehurst site in NJ is interesting. It is steeped in history and dates back to WW2 where much of the remote NJ shore was sued for missile research and testing during WW2. It is now part of a joint base with the USAF which includes NJANG and the tanker force. When I head out to the Jersey Shore in the summer months, the historical sites never seize to amaze me – particularly Long Beach Island and Sandy Hook with their extensive WW2, naval missile testing and ASW legacy

How much where they ‘sued’ for?

So if the UK uses this weapon on the same aircraft we presume it has the correct fitting already. So why doesnt the US just buy it from the UK 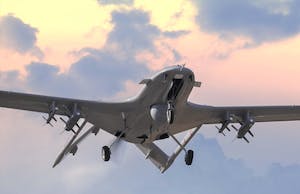