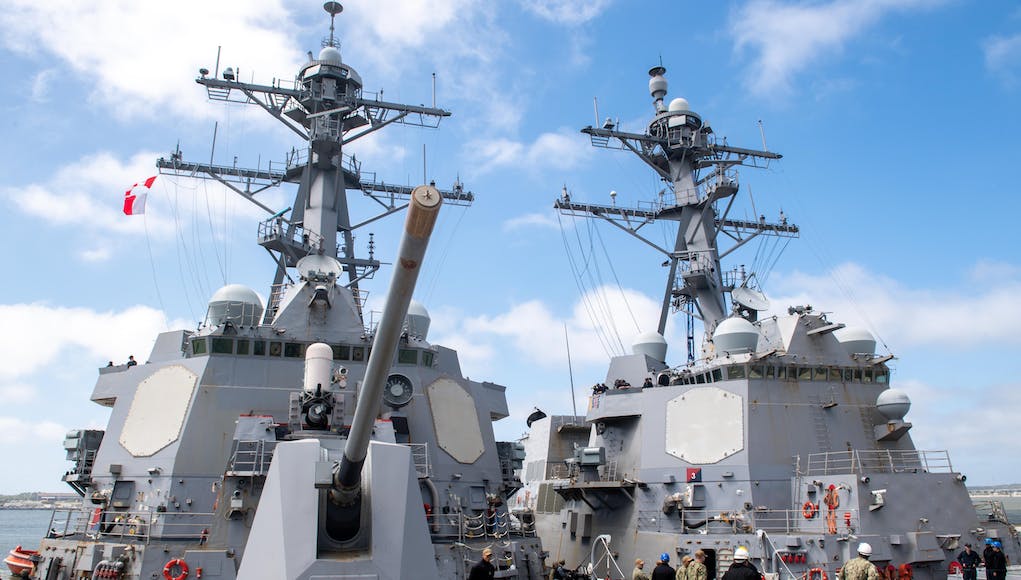 The Commander of the 4th Fleet has ordered US Navy ships homeported at Naval Station Mayport to set Sortie Condition Alpha as Hurricane Dorian heads toward Florida’s Atlantic coast.

“Our top priority must always be the safety and security of our ships and aircraft, as well as our Sailors and families. We move our ships and aircraft in order to mitigate potential damage. When maintenance status prevents storm avoidance, we take extra precautions to best protect these units,” said Rear Adm. Don D. Gabrielson.

“We appreciate how our families support our missions even as their own homes face the risk of these difficult storms.”

“USS Shamal (PC 13) got underway today, and USS Lassen (DDG 82), USS Paul Ignatius (DDG 117), USS Farragut (DDG 99), USS Billings (LCS 15), and USS Milwaukee (LCS 15), are preparing to get underway from NS Mayport tomorrow as Hurricane Dorian is forecasted to bring high winds and rain to the Mid-Atlantic coast. Ships will be directed to areas of the Atlantic where they will be best postured for storm avoidance.

Additionally, the US Navy have reportedly ordered all Navy installations in the Mayport area to set Tropical Cyclone Condition of Readiness Three (III), meaning sustained destructive winds of greater than 50 knots associated with a tropical system are possible within 48 hours.

Sortie Conditions are as follows:

Tropical Cyclone Conditions of Readiness are as follows:

So whats a actually happening with the families. Bit of a bum deal if the father is sailing of to safety leaving the mother and children to defend for themselves. Presuming of course its the father who serves.

Rather unpleasant. I think it would make for good pr had they at least tried to evacuate them on the ships. Would have also made for a good training excsersis, for humanitarian missions.

Should we permanently base an RFA ship in the Caribbean, (at our new base) a bay class seems to be great in its role in the Caribbean and as MCMVs mother ship in the Gulf, do we need more? They seem to be key assets, and should we fit the gulf based BAY with more weapon systems for protection, old RFA ships had big guns, missiles and the rest. But I’m so glad they are actually being used and not sitting in port. Selling RFA Largs bay in 2011 always annoyed me!! But I’m glad the Ozzie’s got her.

We do have a Bay class in the area throughout hurricane season already Cam pretty regular deployment for 15ish years, if my memory is any good Mounts Bay has been out there for a couple of years now? just checked AIS at the Moment she is a few miles east of The Bahamas.

You should look up Britannia Maritime Aid. They have some interesting proposals. Regards to your point, 1) – What base? It was a proposal/desire, but there is no base as of yet. The decision to sell Largs was poor, and if we ever have the opportunity to buy it back, we should. This is a problem which has been confounded by the loss of Ocean and lay-up of Bulwark. We do have other assets in the Caribbean region: HMS Protector is in Bermuda and can help if needed. 2) – Three RFA ships are laid up. They would all be… Read more »