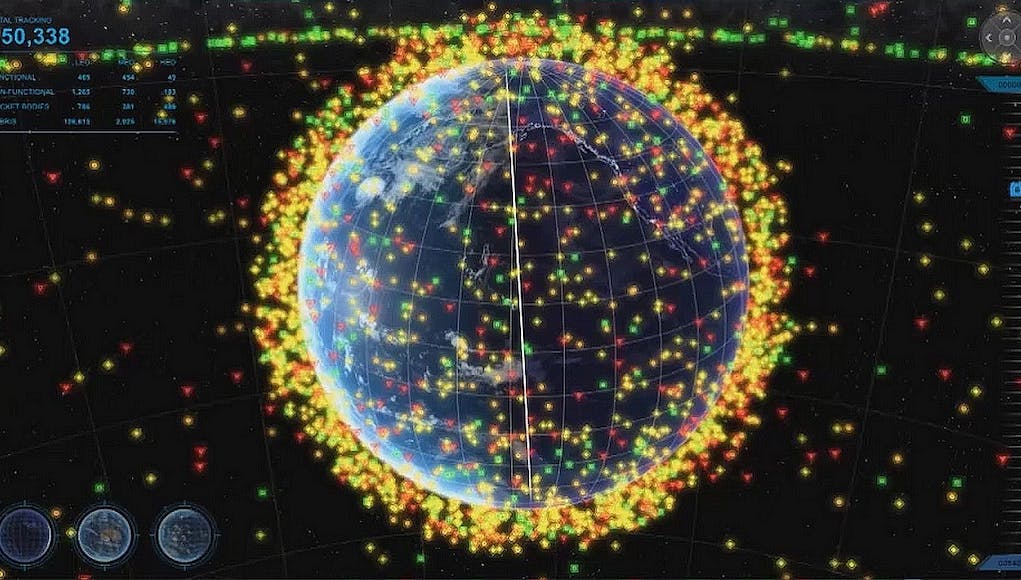 The U.S. Air Force Space Fence system detected the breakup field from an anti-satellite test conducted by India during a scheduled endurance exercise of the new space surveillance radar.

The agency say that as MICROSAT-R was expected to pass through the un-cued surveillance fence, the sensor (named Space Fence) automatically issued a “breakup alert” indicating there were multiple objects within close proximity.

“Space Fence observed a significant amount of debris tracks surrounding the time of the event crossing labeled as uncorrelated targets. Long-arc tracking was initiated within the orbital debris cloud to form accurate initial orbit determinations. With this information, the system was able to automatically predict and correlate the next crossing time.”

“Although the Space Fence system is still under test, it continues to demonstrate its advanced capabilities providing operationally-relevant information in all orbital regimes from Low Earth Orbit through Geosynchronous Earth Orbit,” said Dr. Rob Smith, vice president and general manager of Radar and Sensor Systems for Lockheed Martin.

“The criticality of space assets to both national defense and the world economy cannot be understated. As multiple new mega constellations consisting of thousands of satellites become a reality and the space domain continues to become more congested, the demand for more accurate and timely space situational awareness data will be of the utmost importance to the warfighter.”

The Space Fence system continues to track objects from the anti-satellite event through the government-led testing phase which began in early April.

India violated some treaties it had signed by destroying the satellite.
Oh well, it really doesn’t count.

No fan of anyone putting more debris in space, but the Americans have a brass neck on this subject to be sure.

You echo my sentiments exactly.

You may laugh but I see such tests as crimes. Thoughtless and stupid,

I worked in India for 3 years. Never be surprised by the ability of India to screw things up. India generally has a serious structural problem. The people at the top are usually completely incompetent and have obtained their positions by privilege. The bottom do as they are told without question (similar to Russia). The middle ranks are as good as anywhere and better than most. So the upper levels devote much of their time protecting their position from being challenged by more capable juniors. I was on an operation costing millions. Due to progress and unexpected conditions we needed… Read more »

Surely we do have the problems. But hopefully the ever growing educated and technically capable middle class will find its way to make things better.

And yes, keep your peanuts to yourselves. Maybe buy an additional OPV for your RN to keep up the numbers.

Mr Kumar. As we are offering advice. Source. Water.org Quote, “Roughly half of India’s population, a staggering 522 million, practice open defecation. The World Bank estimates that 21 percent of communicable diseases in India are linked to unsafe water and the lack of hygiene practices. Further, more than 500 children under the age of five die each day from diarrhea in India alone.” Instead of pandering to India’s delusions of grandeur, maybe a better use of resources instead of spending $800 million on a Space Defence Centre would be to provide toilets.

Thanks for your concern. But let me update your data, by the end of 2018, in the span of 4 years we have added proper sanitation/toilet facilities for 300 million Indians, thus ensuring toilet access to 81% population now. And by mid of 2020, we should be able to provide for the rest. This data can be verified by mentions from Bill Gates Foundation and UN/ADB reports. We have further expanded our vaccination and primary health care centers in tribal and less dense areas to provide health care to the poorest. And we have further built around 120 Treatment Plants… Read more »

You guys crease me up.

They should level sanctions against India for this, need to send a message that this type of behaviour is totally unacceptable. Every third world “strong man” will start doing the same to prove they are a great power.

Shooting down a satellite is not a hard thing to do especially if you don’t worry about spreading debris like India and China.

And who will level sanctions? America? who already did this multiple times and spread tons of debris already? Other than that I don’t see any country capable of sanctioning India.
As for America, they couldn’t level sanctions against China, didn’t do it against India when they warned not to buy Russian S-400, and yet India did, and they didn’t do anything.

I think we should be careful how to treat India.

I’d like them onside. Especially with Pakistan, with its links to China, Taliban, and terrorists, right next door.

If we are not careful we will end up with so much high speed debris in orbit that we will make it impossible to have anything in orbit. Once debris start hitting other orbiting objects and breaking those up to we end up with a chain reaction.

This sort of behaviour is reckless, stupid and dangerous !