Home Sea US strikes after missile attack on warship 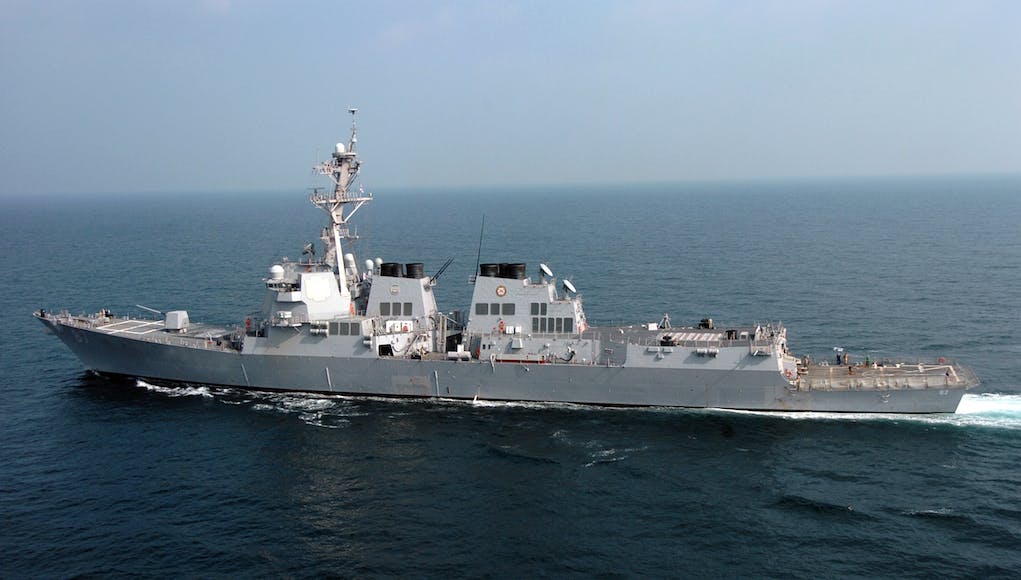 An American warship has destroyed radar sites in Yemen after the USS Mason came under missile attack.

The missiles were launched from the destroyer USS Nitze at around 4 am. Thursday local time and initial assessments were that all three coastal sites in rebel Houthi-controlled areas were destroyed.

“These limited self-defence strikes were conducted to protect our personnel, our ships and our freedom of navigation. These radars were active during previous attacks and attempted attacks on ships in the Red Sea.”

In early October the USS Mason was deployed to the Yemeni coast following an attack on the United Arab Emirates-flagged HSV-2 Swift.

On the 9th of October the Mason, operating near the Bab-el-Mandeb strait off the coast of war-torn Yemen was targeted by two missiles fired from Houthi-controlled territory. Both missiles fell short and crashed into the water.

This marked the first recorded instance of ship-based missiles being fired from vertical launching cells in combat in response to an actual inbound missile threat.

On the 12th of October, the Mason was again targeted by several missiles from the territory of Yemen, forcing the destroyer to fire defensive missile salvos. The Yemeni missiles did not reach their target and no damage or casualties were reported.