The U.S. Defense Department and the Norwegian Ministry of Defense have jointly announced that they will partner on the development of an advanced solid fuel ramjet that could find use in supersonic and hypersonic weaponry.

According to the U.S. Department of Defense, the Tactical High-speed Offensive Ramjet for Extended Range, or THOR-ER, involves research by the U.S. Navy’s Naval Air Warfare Center Weapons Division, China Lake, California, and the Norwegian Defence Research Establishment and Norwegian industry partner Nammo Group to develop supporting technologies that in the future could be incorporated into a high-speed weapons programme.

“I am very pleased with the prospects of this initiative,” said Morten Tiller, Norwegian National Armaments director. “Not only will it provide a game-changing capability for our armed forces, it also brings bilateral cooperation to a whole new level.”

Tiller explained that the THOR-ER development incorporates the results of long-term research and development on missile and rocket technology in Norway.

“Nammo Group’s contribution to the project along with its strong track record from partnering with U.S. missile primes make me optimistic with regard to the prospects for co-production,” Tiller commented.

The THOR-ER effort aims to cooperatively develop and integrate advancements in solid fuel ramjet technologies into full-size prototypes that are “affordable, attain high speeds, achieve extended range, and culminate in flight demonstrations in operationally relevant conditions for land, sea and air applications”, said U.S. Air Force Col. Corey A. Beaverson, director of Mission Prototypes, Office of the Under Secretary of Defense for Research and Engineering, which is overseeing the project.

”THOR-ER also seeks to lay the framework for future co-production decisions. It’s important to engage on this topic early to remove any hurdles that will make co-producing – if that’s the route we take — prohibitive because we thought of the requirements too late,” he said.

“Solid fuel ramjets are a propulsion technology that enables supersonic speeds with long ranges in small packages so missiles can fit on most aircraft,” Beaverson added.

You can read more form the U.S. Department of Defence on this here. 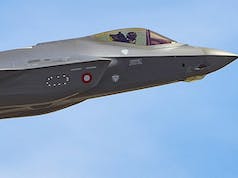 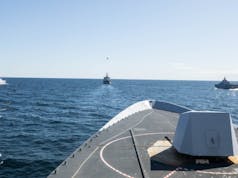 It never ceases to amaze me how much excellent kit is produced by our Scandinavian cousins and I do think the UK should take a look and learn from them. The UK spends more on defence than all Scandinavian countries combined, but just doesn’t get the same value or support anywhere near the same level of industry. This is another example, but there are many from the Gripen to the JSM to Karl Gustav, Gotland, Absalon, Huitfeldt, Nansen, CB90, the list goes on.. Surely we can learn something from them and use it to improve our own industrial base. If… Read more »

Its in the Viking genes 😉

Yes,the Scandinavians have a good track record on producing good Military Equipment,maybe they have a clearer focus on what they can achieve with the resources available and stick to what they know.With the benefit of hindsight could we have gone for CV90 rather than Ajax ?.

Nail on head Paul I think They can be clear about many things because they don’t have to, or in our case maybe, shouldn’t try to do everything. And yes CV90 would probably have fitted very well.

Operationally they are smaller and slimmer. They also don’t carry the baggage of having been downsized to 25% of what they were and carry parts of the 4x structures. Because of the way service works, certainly in Sweden, a lot of Uni Profs have real experience of and contact with the forces and so have practical knowledge. So you don’t get some of the very, very blue sky thinking -> overstepping practicality that we suffered badly from in the 1980’s onwards when senior academic people generally stopped having had some kind of services experience. It is amazing what a small… Read more »

Couldn’t agree with you more on this subject.

I mentioned a closer relationship sometime back and got shot down by some on here for suggesting such a thing in favour of our US cousins at the time as I recall.

On our doorstep and facing the same potential enemy too!

The defence review will put British research and development front and centre in a step change from the past.

Anyone know where they are with Reaction engines?

The US also has a joint hypersonic missile development program with the Oz Government:

A quote from the Australian Defence Minister:

“That’s why we will continue to invest in advanced capabilities to give the ADF more options to deter aggression against Australia’s interests including the $9.3 billion earmarked in the Force Structure Plan 2020 for high-speed long-range strike and missile defence, including hypersonic development, test and evaluation.“

I think we might find were joining in here somewhere next week if the ISDR leaks are to be believed.

I think it’s smart business, smart practice, whatever you want to call it, for the US to partner with trusted friends and allies in developing advanced tech and capabilities.

Again, here in Oz, we have, and have had, numerous joint defence related projects with the US.

Maybe at some stage in the future we’ll see these types of projects coming together with a larger pool of nations involved.

Does anyone think that Nammo Group will be appointed prime contractor for production or, as often is the case, a US industrial giant will take over with the Norwegians demoted to second-fiddle.