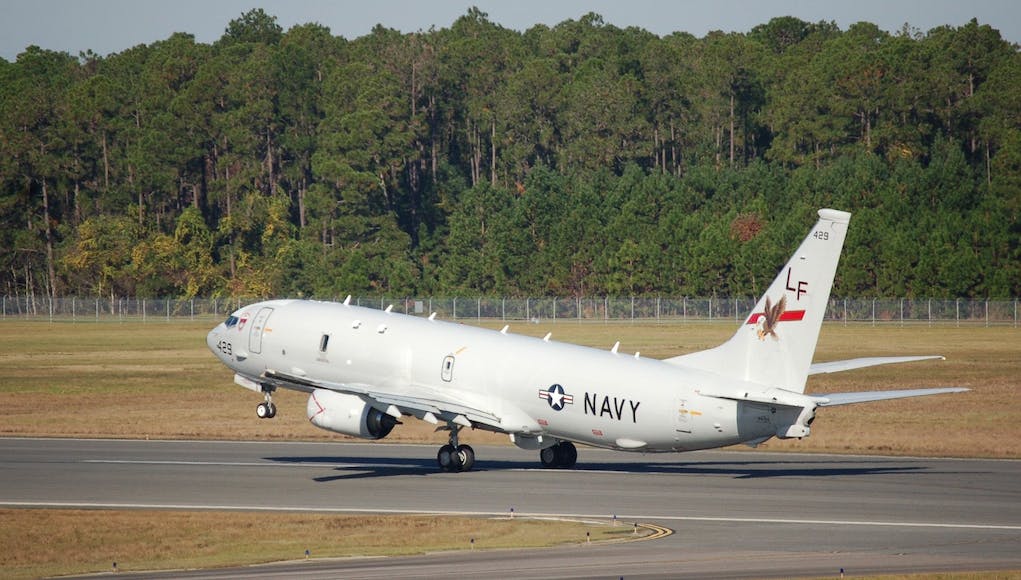 The US Navy ‘War Eagles’ of Patrol Squadron 16 have returned to Scotland for an exercise.

The squadron were in Scotland earlier in April in early April to participate in Exercise Joint Warrior.

Operating out of RAF Lossiemouth, VP-16s purpose was to provide real world international experience operating in conjunction with partner countries.

VP-16 supported the exercise with two P-8A’s and 38 Sailors consisting of aircrew and maintenance professionals.

Joint Warrior is held twice a year, once in the spring and autmn. The purpose is for North Atlantic Treaty Organisation countries to simulate a wartime environment testing the interoperability of allied forces during one of the organisation’s largest exercises.

Recently we reported that the first two P-8 Poseidon aircraft for the United Kingdom have been ordered under a $2.2bn contract.

Boeing has been awarded the contract for at least 17 P-8 Poseidon aircraft. The agreement also includes options for 32 additional aircraft, as well as money for long-lead parts for future orders. After exercising all options, the total contract value will be $6.8 billion.

In November 2015, the UK announced its intention to order nine P-8 aircraft as part of the Strategic Defence and Security Review 2015. The aircraft are to be based at RAF Lossiemouth, Scotland and be used to protect the UK’s nuclear deterrent and new aircraft carriers, as well as to perform search-and-rescue and overland reconnaissance missions.

In March 2016, the US State Department approved a proposed Foreign Military Sale to the UK for up to nine P-8 aircraft and associated support, at an estimated cost of $3.2 billion.

The Royal Air Force plans to operate the P-8 with US weapons initially, and possibly transition to British weapons later.