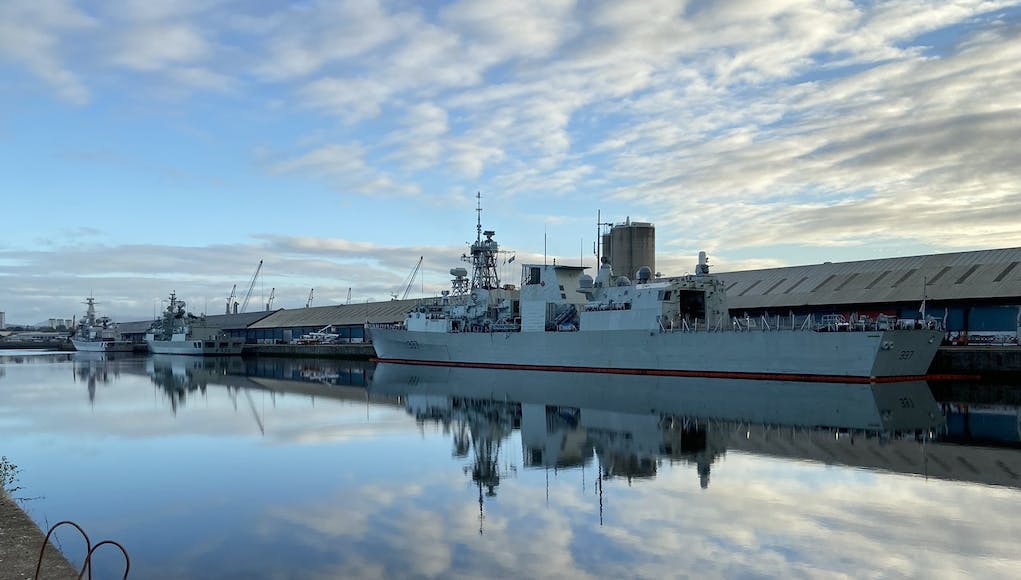 Standing NATO Maritime Group One and Standing NATO Mine Countermeasures Group One have arrived in the city with more vessels expected to arrive in preparation for Exercise Joint Warrior.

Exercise Joint Warrior is the largest military exercise in Europe, bringing together the Royal Navy, the Royal Air Force and the British Army, as well as forces from other nations. Joint Warrior is a UK-led war exercise that takes place in spring and autumn each year. The Royal Navy, Royal Air Force and British Army are joined by forces from 13 other nations, including Belgium, Canada, Denmark, France, Germany, Latvia, the Netherlands, Norway, Spain, Turkey, Japan, UAE and the US.

Taking place over two weeks, Joint Warrior includes airborne assaults, amphibious landings, evacuations and live-fire exercises. The exercise runs through a range of scenarios, including crisis and conflict situations, that could be realistically encountered in operations, such as territory disputes, terrorist activity and piracy.

The Commander of Standing NATO Maritime Group One tweeted:

The Royal Navy in Scotland tweeted:

Later this month, HMS Prince of Wales will also take part in the largest military exercise in the UK, Joint Warrior, off the Scottish coast to test her ability to work alongside other naval, air force and army assets and as part of broader task group operations.

According to te Royal Navy website, in a section titled ‘Why are we doing it?‘.

“This massive multinational war exercise involves warships, aircraft, marines and troops from UK, NATO and allied forces. The exercise doesn’t only allow participating units to hone their specialist roles within a larger war-style setting – it also helps foster vital links between the UK, NATO and other allied militaries.

The aim is to provide a complex environment in which the participants can train together, honing tactics and skills in preparation for deployment as a Combined Joint Task Force.

The scenario for each Joint Warrior is designed to reflect contemporary political tensions – such as the War on Terror and the threat posed by ISIS – and to simulate the hostilities that might result from them. The ultimate aim? To assure maximum preparedness in the face of any threat.”

The skrundra class should be fun at this time of year off Scotland…not.

Hi folks hope all is well.
Obviously this is a great operation with allies and for all branches of the services to fine tune their professionalism. However, thinking about the old favourite subject of independence if it happens.

Once the UK military moves away from Scotland, this may have an impact on the local economy of where the operation’s gathering takes place, unless the SNP will want to continue with the invitation of allies and charge the UK and others to park their warships and assets in Scotland.
Just a thought.
Cheers,
George

I have always thought the S.N.P. doesn’t do details George.

No need to merely think that; that’s all they do.

Is that the Norwegian Tide-Class in of those pics?

the one that we can see well is HMCS Frederickton and is a Canadian Halifax-Class frigate.