Home Sea What is the Special Boat Service? 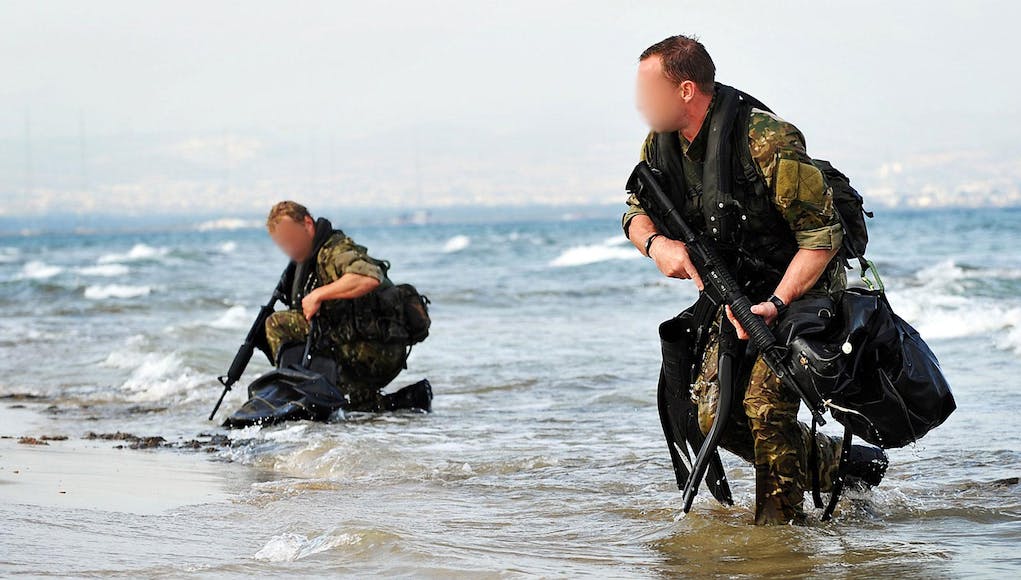 Formed at the height of the Second World War, the Special Boat Service is the Royal Navy’s answer to the SAS.

They are among the most elite and capable soldiers in the entire British military, sayt the Ministry of Defence.

According to the Royal Navy, since its formation at the height of the Second World War, the Special Boat Service has been the elite maritime counter-terrorism unit of the Royal Navy. Made up of small, highly trained teams, they specialise in daring undercover raids that exploit the element of surprise.

Most of the operations carried out by the SBS are highly classified; consequently, little is known about the individuals who make up the unit. Most of them are drawn from the Royal Marines Commandos, and all show exceptional physical and mental aptitude. In short, they’re the best of the best.

In the Seventies, the SBS parachuted into the Atlantic to board the cruise liner Queen Elizabeth II following a bomb scare, an effort which saw them given the maritime counter-terrorism role, with responsibility for protecting ports, ferries, cruise ships and oil platforms.

They subsequently developed methods of rescuing hostages in all of these environments.

The SBS very recently increased public perception of this role and capability after a successful raid on a tanker that had been seized off the Isle of Wight when 16 troops took 9 minutes to free the crew of the tanker and detain the hijackers.

and yet the SBS appear on the Royal Navy website as part of their Royal Marine organisation.

Don’t believe official websites. Their naff and tell you very little. I don’t use them.

They both go through the same selection pool and training. It is only after basic selection that they are invited to go for the SBS selection course. In some respects it is a step above the SAS, as they have to do additional infiltration and reconnaissance training. Traditionally the SAS are the door knockers, whilst the SBS are more like ninjas.

It’s not quite how it works. Candidates start selection as either Hereford or Poole candidates, having done the respective briefing and preparation courses. They then do a joint selection until the end of the trees phase where successful candidates then split to do specific role training in their units. The difference in the two is actually in infiltration rather than tactical skillsets, although obviously SB do more maritime CT than H do.

They do, but I believe the majority are still RM, as they were traditionally.

Strange that their M4s don’t even have a rail system on it….

C8’s I’m afraid 😉 But you’re right it is strange, the L119A2 is usually shown (not that it’s pictured often) with the predictable array of picatinny rails, optics, grips, stocks, lasers etc.

All you need to know is they trained James Bond 🙂