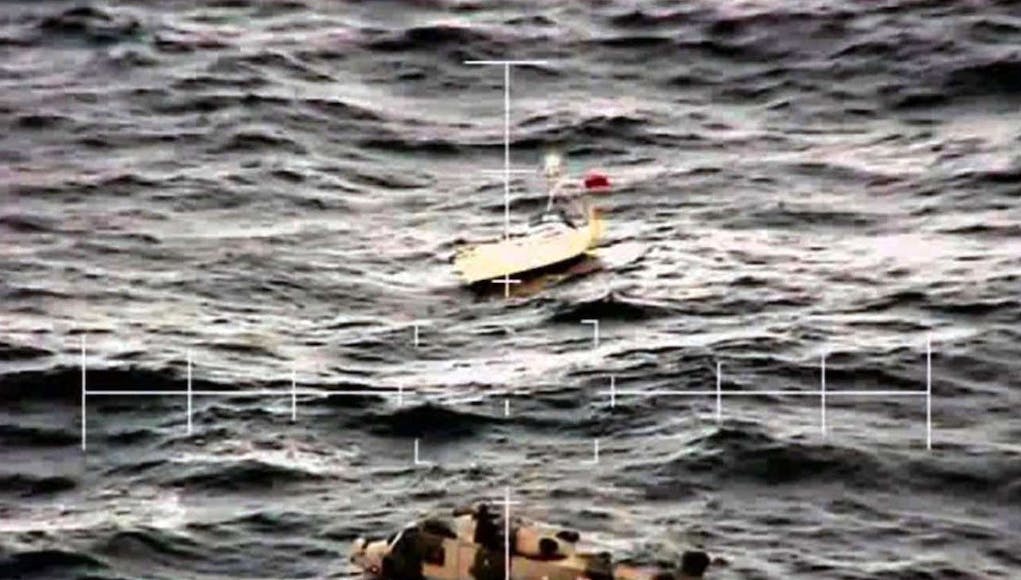 Wildcat helicopters and RFA Argus helped a British yachtsman when his boat was damaged by storms in the Bay of Biscay officials reported.

“It was absolutely extraordinary that the yacht was sighted considering the sea state, the size of the vessel, its white hull and that it was in the swell troughs for most of the time,” said Observer Lt Cdr Chris Grey.

According to a press release Wildcat helicopters from 825 Naval Air Squadron were scrambled from RFA Argus after an SOS was received from the Takita which had lost its mast as it headed to Britain from the Azores.

“The fliers found nothing at the spot where the yacht was reported and then began a systematic search of the Atlantic where the strong winds and heavy seas might have carried the stricken vessel – or its sole crewman if he’d abandoned the Takita.

It was on the third sweep of the search that the aircrew spied the 30ft boat without its mast but still with its master.”

RFA Argus is used as an Aviation Training Ship, replacing RFA Engadine. In 1991, during the Gulf War, she was fitted with an extensive and fully functional hospital to assume the additional role of Primary Casualty Receiving Ship.

In 2009, the PCRS role became the ship’s primary function. Argus is due to remain in service until 2024.

And an excellent advert for the Seaspray radar. Give me Ferranti technology any day.

Is there a plan to replace her with something with similar capabilities or better?