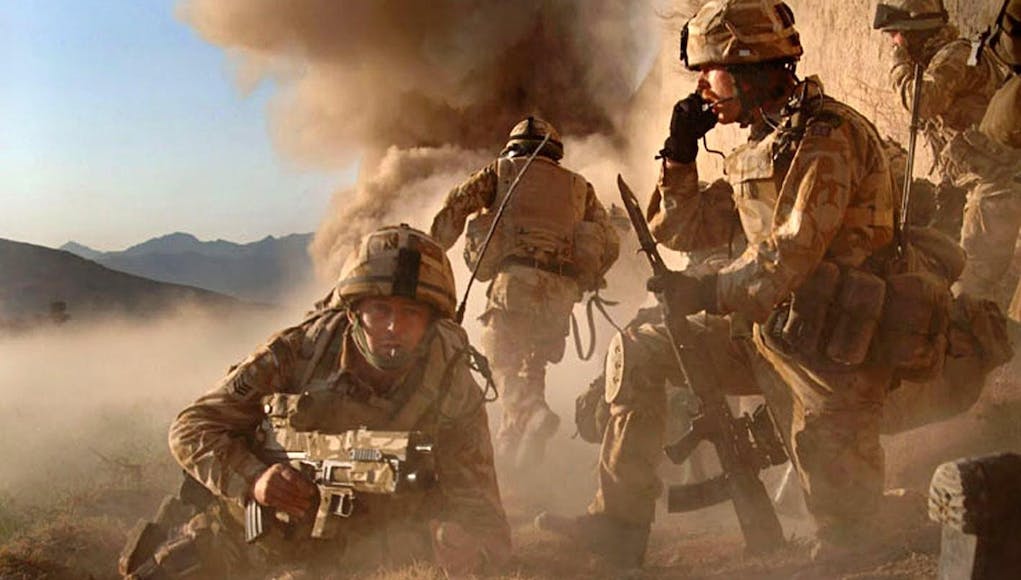 Defence secretary Michael Fallon has announced an end to the army’s ban on women serving in front-line infantry roles.

Allowing women on the frontline would put UK policy in line with some countries like Australia and the US. Earlier this month the US announced it would open all jobs in combat roles to women following several years of research.

The proposed changes for the British armed forces would mainly apply to roles in the Infantry, Royal Marines, and Royal Armoured Corps and The Royal Air Force Regiment.

Fears have been raised that women will be unable to cope with the physical demands of close ground combat operations. Fallon told BBC Radio 4’s Today Programme:

“Women can fight just as effectively as men. There’s a small piece of work to be done, but I think army selection should be done on the basis of ability, from now on, and not on the basis of gender.”

Fallon denied that training regimes would be made less tough:

“It’s not weakening at all. I think we can improve the way we conduct physical training. We have got to make sure that the physical training and the tests involved don’t discriminate against women, but equally don’t damage the operational effectiveness of any unit. We need to make sure that the training is properly adapted to the different physiology of women and we do as much as possible to protect their long-term health and safety.”

More was written in an earlier article, analysing the roles played by women in combat.

Great news. If they are up to standard then of course they should be able to do the same job.

If they meet current standards then great idea. If they have their own reduced standard for the same role then absolutely not.

Equality based on the same capability as men. Absolutely no argument….BUT….I have already heard that levels of performance in training will be reduced for female entrants. If this is true it it wrong. You cannot fight a section of infantry based on the weakest physical link. Maybe a better answer would be to have all female tank and artillery crews or even all female infantry platoon?

Indeed, as long as they don’t start changing the standards. It’s not as though the MoD have form doing this… Oh wait a mo…

They will probably push some throw the courses to get the numbers up regardless of weather they reach the standards, I’ve seen it happen on courses I’ve been on and I have friends in the fire service that have seen it happen. I have no problem with equal opportunity, but bars have been lowered in some services to keep some people happy.

Good news we had a couple of girls with my unit in the early 70s , both could qualify as snipers if allowed and were fairly tough

There’s a hell of a lot of dirty combat kit to wash and iron; it’s essential to get women involved in combat, equal opportunities :o) just joking. I wouldn’t want any woman I know to experience the hell of a battle field, no way, not joking.

God help the Taliban if they’re on their monthlies ?

Standards will inevitably drop; fitness and upper body tests will be quietly changed…
Its madness

No problem. She-who-must-be-obeyed went walking in the mountains with one ex-Army female who was super fit and motivated. “Anne’ (name changed) decided she wasn’t happy with some of the planning so set out alone at night to check for herself. If they can fulfil roles then we need them. Some the comments here are very last century. Grow up lads.