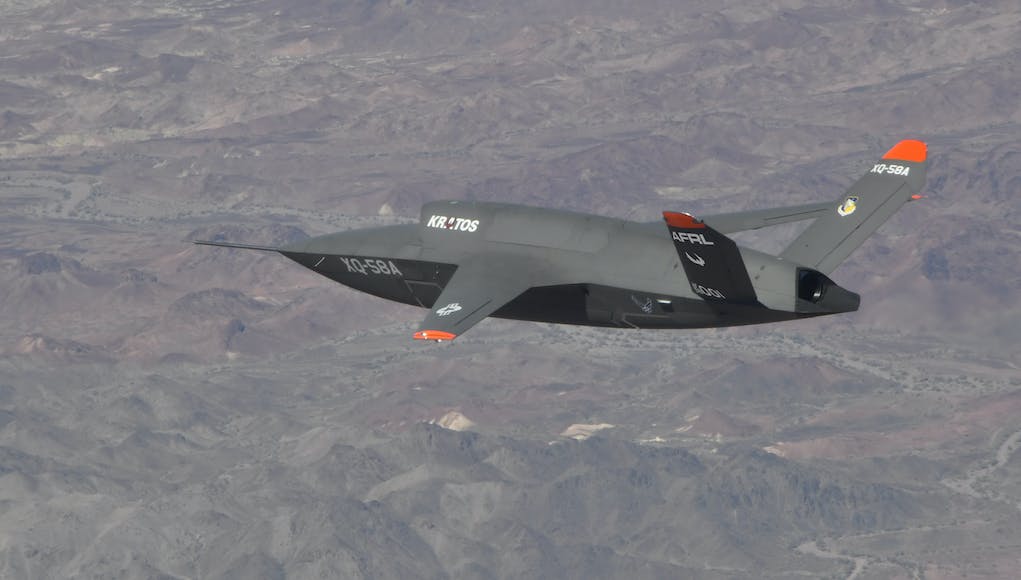 The test marked the second successful flight for the aircraft this year. The inaugural 72-minute flight was recorded in March, say the US Air Force.

There are a total of five planned test flights for the XQ-58A, with objectives that include evaluating system functionality, aerodynamic performance, and launch and recovery systems.

The Air Force Research Laboratory is the primary scientific research and development centre for the US Air Force.

AFRL say it plays an integral role in leading the discovery, development and integration of affordable technologies for air, space and cyberspace forces.

I know the US Military like their jargon etc. as much as the next lot, but ‘attritable’ is a particularly interesting word – never heard or read that in my life

Attritable- means cheap enough to be bought in the numbers that losing a few dozen blowing holes through defenses is achievable. While still having some leftover to keep attacking the target.

Where did you hear about this? Would be a nice story to read 🙂

It was either Janes or Shepherd Media in the last couple of days. It was permission to export, rather than orders placed. The UK sounds like it will be the most likely, Australia may have just been precautionary.

The locals where I live are very excited about this program as Kratos is building out their facilities here to be the main Valkyrie assembly line. Should bring a decent amount of jobs and it helps diversify our economy so I’m all for it.