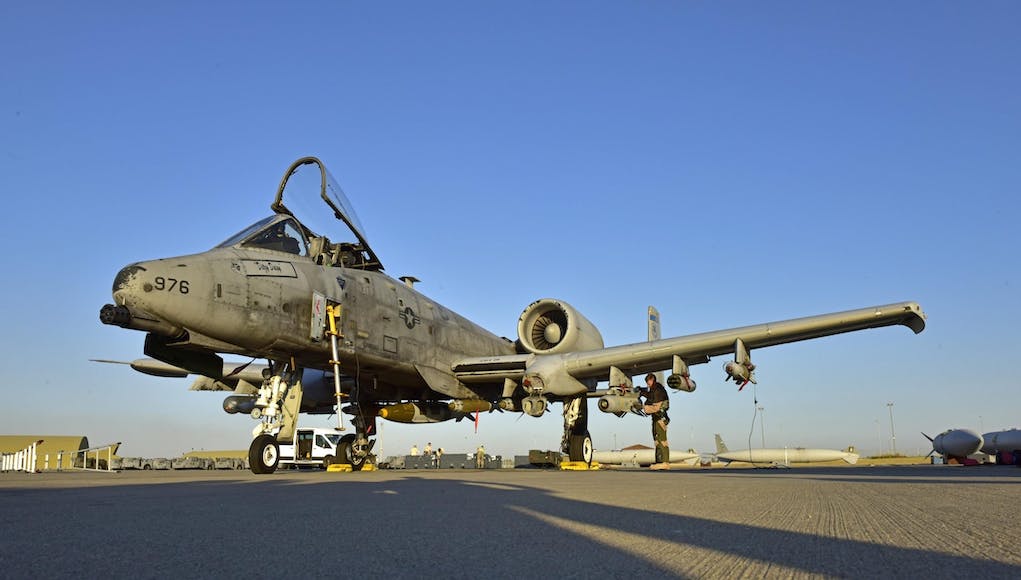 “You’re constantly locating the target, checking, rechecking and adjusting for your pass,” Rudolphi said. “The Joint Terminal Attack Controller is communicating with me; I’m responding back and relaying information to my wingman. My heart is beating out of my chest at this point as I’m waiting for the JTAC to say, ‘cleared hot,’” he continued. “Once I hear those words my nerves go away. I roll in, make my pass and then we are on to the next target.

My mind is going a hundred miles per hour before I make my first pass on a mission,” Rudolphi said. “All I’m thinking about is ‘Don’t mess this up!’ At the same time, I‘m pushing buttons, twisting knobs, speeding up or slowing down, and continually checking where my target is without even thinking about it. All I know is that I need to make a direct hit to help our troops on the ground.

The A-10 is an inimitable platform, bringing an unmatched ability to the fight. With its low airspeed, it can quickly change directions and deliver precise firepower.

When you think about jets you think of these roaring fast planes,” Rudolphi said. “Well the A-10 isn’t that, it’s what we call a walker. The best way to explain how it’s a walker in relation to other jets; is to image going by a baseball game. If you were to walk by, you can see the entire play happening. If you were driving by you can kind of see the action, but you’re going too fast to see what is really happening.”

“Instead of manning his aircraft, he was given the opportunity to lead others as the commander of the 407th Expeditionary Operation Support Squadron and accepted the position.”

“I immediately took this opportunity. This is a new experience and an achievement, which many people don’t get the opportunity (to have). I have always been behind the yoke controlling the airspace. But now I’m at the forefront ensuring operations can continue.

In a sense, you can say I quickly redirected my path to be the 407th EOSS commander,” Rudolphi said. “Now, I’m in close contact with the entire spectrum of operations, which provides the mission to continue, including those in direct combat.”