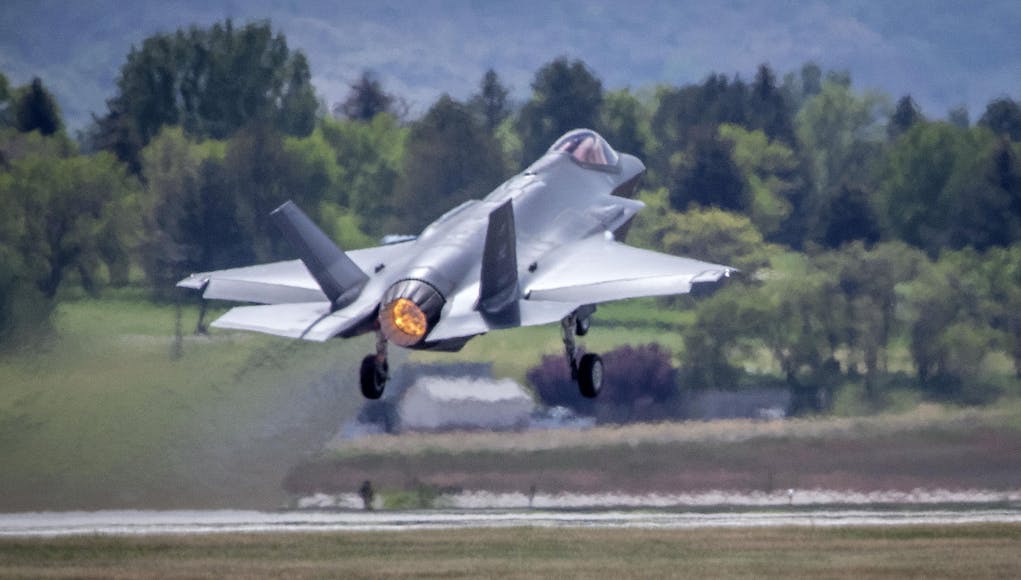 That sortie, and all others flown that day were carried out with the new version of the Autonomic Logistics Information System. Commonly called ALIS, it’s the F-35A’s information technology infrastructure which until recently seemingly faced a great many issues.

Col. Michael Miles, the 388th Maintenance Group commander, praised the Airmen responsible for the achievements made in the F-35 programme in a statement to the press.

“Our Airmen are some of the best the Air Force has to offer. The 388th and 419th Maintenance Group personnel are pushing the program forward by unlocking F-35 combat capability, gauging aircraft and equipment durability, and rapidly accomplishing F-35 weapons system training.”

Operationally implementing the upgraded version of ALIS—ALIS 2.0.2.4 is another milestone for the Airmen working in the F-35 programme at Hill AFB say the US Air Force. Senior Master Sgt. Jory Cyr, the 34th Aircraft Maintenance Unit lead production superintendent said:

“The biggest improvement is the incorporation of the propulsion system within ALIS. This alleviates the need to have multiple products to manually track time change items and inspection times. This ALIS update combines air vehicle and propulsion system times in one location.”

Aircraft maintenance does not stop when we install these new updates so there were numerous man hours spent making sure all the documentation was correct within the new system prior to flying each aircraft.

The 34th AMU was able to fly 100 percent of our local scheduled sorties after the upgrade showing the outstanding dedication and attention to detail by everyone within the 388th Fighter Wing.”

The successful ALIS upgrade and F-35 milestones continue to show the maturity of the once controversial jet.